It'll make a sense in a few minutes.

There's an argument being made by this newest wave of feminism that as a woman, anything you do to or with your body is an act of empowerment. That to be unafraid to make public what many consider to be private, you are necessarily establishing your autonomy, and thus fighting against misogyny in general. And the underlying corollary to that is that if you're not willing to expose yourself -- if you do want some corporeal privacy -- then you must be ashamed of your body.

Taken to its extreme, I was confronted with this argument in a fascinating, beautifully-written, and ultimately disturbing article on the website The Establishment (one of my new favorite sites), called "The Dirty Politics of Period Sex." In it, the author recounts how, in one relationship, her boyfriend would be the one to take her tampon out -- an act of foreplay. And then:

The sex is wetter than wet; my insides are all over him. I'm matted in his pubic hair; I'm spread slick and crimson all over his stomach. I can see the almost-black edges of my blood in his cuticles. There are pink handprints on my back and splotches on my neck...It wasn't a kinky thing -- it was just a, "this is what your body is doing right now" thing. 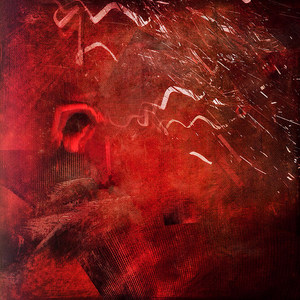 You can see why the article has stuck with me.

Now, I'm not saying that this doesn't reflect something bold and empowering -- I think it does, and I'm really glad I read the article. I am always better for being pushed beyond my comfort zone.

What bothers me is the insinuation that if I'd rather, oh I don't know, go to the bathroom to take my tampon out before sex, that I must be ashamed of my body.

So for every woman who has coyly whispered, "I need to go to the bathroom" as you're about it get it on, and then darted to the bathroom to frantically tug out a sodden piece of white cotton before darting back to bed and apologizing . . . I'm here to say this moment of revulsion was actually pure revelation.

Why the hell are we apologizing for what our body does -- perfectly -- anyway?

For one thing, I've never frantically tugged at my tampon once in my life. And while I don't deny being embarrassed in the past by coitus-in-the-red, I haven't apologized for having my period in many years -- as far as I'm concerned someone owes me an apology for my goddamn period. And I'm not forcing anyone to have period sex -- he's a big boy and if he's there it's because he's weighed the risk/reward ratio and has decided he likes his odds. I don't feel guilty in the least.

The simple fact is that I'm not ashamed of my period. And yet, I still do not want to roll around in its contents, nor do I want anyone else pulling a bloody piece of cotton out of me. (Thanks chief -- I can take it from here.) But neither am I interested in rolling around in a man's bodily fluids or pulling anything bloody out of his holes. Just because it's natural doesn't mean my period needs to be a group activity, and just because I'd rather do some things in private doesn't mean I'm ashamed of my body or its processes.

I guess what I'm wondering is how modesty fits into the scheme of feminism. Or, if not modesty (a word I happen to hate, along with all of its Victorian-era connotations) -- maybe it's about privacy. At a time when more and more of our lives are lived on display -- a time of instafame and Kim Kardashian -- can you value privacy and still be a feminist? And if you don't agree that every bodily act is necessarily liberating -- if you think that sometimes there are things women do with their bodies that actually set feminism back -- does that make you a slut-shamer who embraces rape culture (as the case has been made)?

In other words, if I don't automatically think that every non-private bodily endeavor is a feminist battle-cry, does that make me a faux-feminist?

A woman includes tampon-play in her sex life.

A woman breastfeeds in public.

A sexual assault victim stages an S&M photo shoot in front of the frat house where she was raped.

A mother breastfeeds on Santa's lap.

"This is what 24 hours postpartum looks like. Baby in sling. Skin to skin. Adult diapers. And a rosy glow. My body feels...

Not all bodily acts are created equal. Context matters. Each situation is layered with varying intentions and levels of intimacy -- and therefore varying degrees of empowerment. Some of the women are brave; some are braver. Some are seeking attention. Some are seeking attention and brave. Some of them are not necessarily what I would call "empowered" but neither are they setting feminism back. Some are.

And this isn't about slut-shaming -- it's not that I find any of the above scenarios "shameful," nor am I offended by any of them. I'm not appointing myself the official arbiter of what's appropriate and what isn't. This is not about morality. It's not even about the acts themselves--it's about how we talk about them. How we define words like empowerment and even feminism itself. We certainly throw those words around enough, but I'm not even sure what they mean anymore. What does it mean to be a feminist? Is it about selfies, or is it about shaping people's perception of who women are and what they're capable of? Is it about how naked you're willing to get, or might it be about all the girls who are looking to you to help them shape their sense of self-worth?

So are you? Are you a faux-feminist?