"There's another path to success," writes Wharton professor Adam Grant, author of Give and Take, "One that focuses less on getting and more on giving."

Too often, though, we equate giving only with money. And of course, donating to a cause can be an effective way to make a difference. But as Grant writes, there are many ways to give, and by broadening our definition of what it means to give we can boost more than just the bank accounts of others.

So how many Americans are actually giving back, and how are they doing it? We posed these questions in a recent Huffington Post poll, conducted in partnership with YouGov. The data revealed that Americans may want to give -- but they're not necessarily happy with their giving habits (only around one in three said they're very satisfied with their opportunities to give back). The poll offered a glimpse at the giving habits and preferences of roughly 1,000 respondents, shining a light on how giving differs between men and women, and younger versus older Americans. 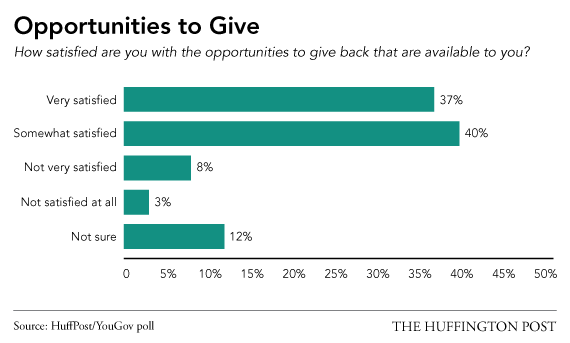 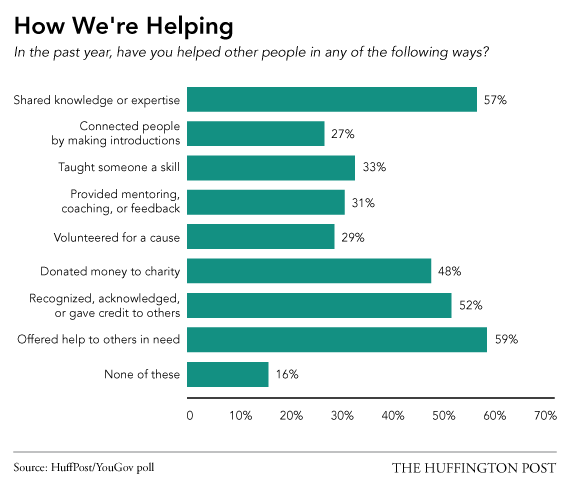 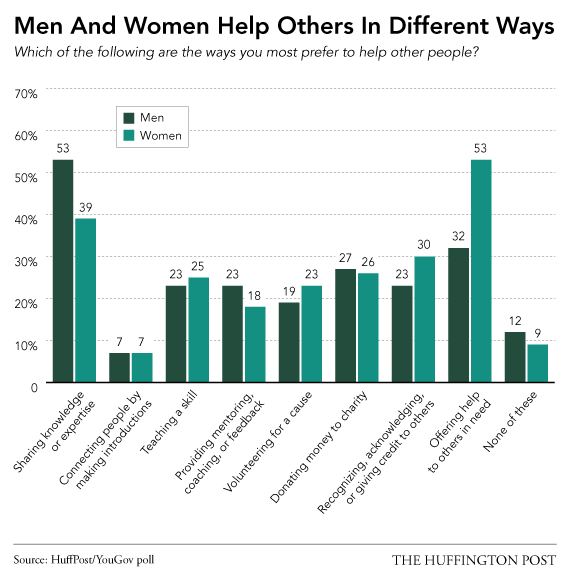 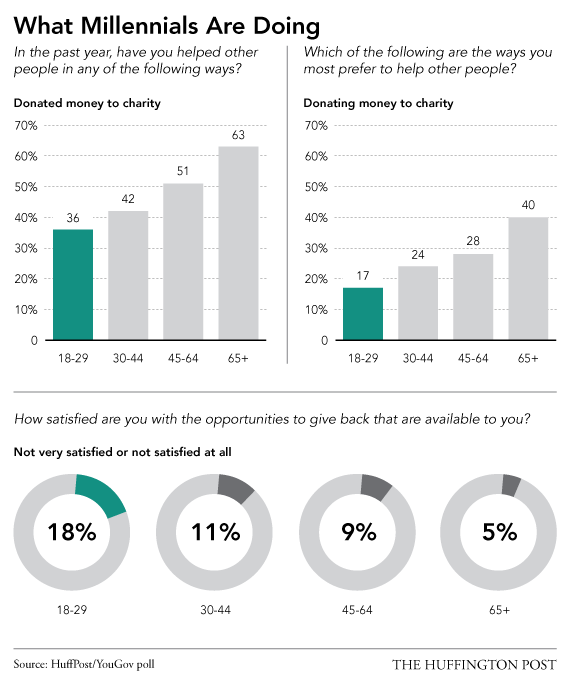