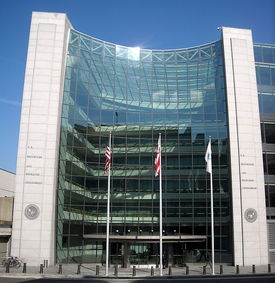 Many people who want to invest in startups, real estate crowdfunding projects, and other privately placed investment vehicles are surprised to learn that these opportunities are typically only open to accredited investors.

Many investors don't know whether they qualify. The term "accredited" implies that a certification is required - maybe even an exam or two.

For those who have scratched their heads about these rules, which can feel like high gates blocking entry to a growing field of investment options, here's a primer:

The 'accredited investor' requirements are part of the safeguards the Securities and Exchange Commission uses to minimize the risk of small investors getting caught up in too-risky projects that could end up leaving them penniless. Formed in 1933 in the wake of the Wall Street crash that launched the Great Depression, the SEC primarily regulates large-scale investors and investment vehicles. However, with the rise of crowdfunding and its ostensibly lower barriers to entry by investors, the agency's efforts to protect smaller investors have come into the spotlight.

After our most recent economic breakdown, the Great Recession that began in 2007, the Dodd-Frank Consumer Reform and Protection Act mandated that individual accredited investors (as opposed to trusts, employee benefits plans and other non-personal investors) are defined as those who meet one of these standards:

*Have a net worth of at least $1 million, not including the value of a primary residence; or
*Have an annual income of at least $200,000 for an individual, or $300,000 for a married couple. The income bar must have been reached in each of the past two years, and there must be a reasonable expectation that it will continue to be met in the coming year.

In other words, you have to have enough money to be able to lose some and not be out on the street. The rules are designed to keep crowdfunders and others from getting all the cash in Granny's mattress but, at the same time, these "protections" have a way of perpetuating the same old "you have to have money to make money" divide in our society.

An estimated 8.5 million US households fit these definitions. Thus, less than 7% of American households can invest in crowdfunding investments such as those we offer at American Homeowner Preservation and those at other platforms such as Patch of Land, Peer Realty, Asset Avenue, Real Crowd and Small Change.

The barrier to entry that the accredited investor rules impose makes small individual investors sometimes feel they're on the outside looking in.

The window is opening, though. In March, the SEC released new rules that had long been sought by crowdfunders and others who felt the existing standards put a leash on their ability to put investment possibilities into the hands of Main Street.

The adjustments to what's known as Reg. A are designed to make it easier for companies to raise money directly from investors. Reg. A has been around since 1936 but was rarely used: in 2012, only eight companies raised money with Reg. A offerings. That's likely to change when the new Reg. A rules take effect later this year. For small investors, the changes boil down to tearing down the walls separating the investment opportunities of the rich and those offered to everyone else.

There are two tiers of investment offerings under the new rules, Tier 1 and Tier 2. For Tier 1 offerings, all barriers to investors are removed; everybody can invest. For Tier 2, investors who aren't accredited can invest, but not more than ten percent of the larger of their annual income or net worth.

The walls have come tumbling down, and investment crowdfunding platforms are rapidly gearing up to welcome the influx of investors who were previously locked out. June 19 is the first day that companies can apply to the SEC to issue securities under the new Reg. A rules. American Homeowner Preservation intends to submit on that first day. We expect to have a lot of company.