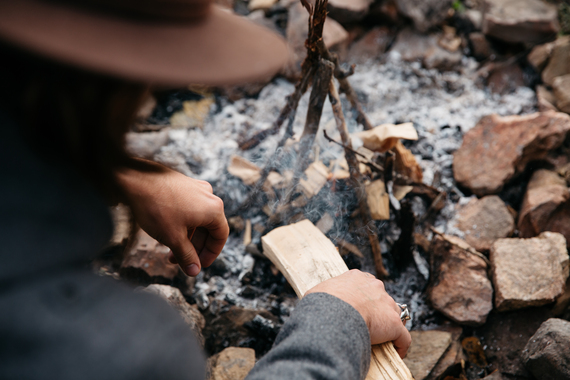 In the early autumn of 2013, Fab Founder and CEO Jason Goldberg called his executives into a conference room and told them that two-thirds of the company needed to be let go.

This was shocking news considering the company had been valued at $900,000,000 just a couple months before. But not shocking if you know that the company, a darling of the NYC startup world, had burnt through $200,000,000 in investment in two years without figuring out a predictable way to make money.

They had built technology, expanded to new markets, and shown a lot of promise, but at the end of the day, they didn't have a business.

The story is rather common. Someone has an innovative idea, they raise money, build technology and experience some early success. This inspires them to raise more investment to grow and expand. And then, the business falters and fails.

Fab ended earlier this year when PCH bought its remains in a fire sale.

We usually blame failure on decisions made by leadership. And while this is true it's often not decisions about marketing, sales, or strategy that are the fatal flaw. It's decisions about how the organization operates that cause things to fall apart.

Early on Fab had a business model that worked well and a competent team executing on it. Part of where Goldberg went wrong was not empowering his team to execute and expand on the business that worked.

Instead he shifted the organization's focus from pure marketing and curation to a logistics focus as they took on inventory and expanded into new markets before achieving sustainability in the first one.

When you're starting a business, you're focused on your customer, and you should be. Who your customer is, what they want, and why they'll choose you, are all vital pieces of information for any business.

But once you've figured out some initial answers to those questions that seem promising, you'd be wise to turn your attention to your employees.

Product-market fit is the holy grail in the early days, but to build a business, you'll need to have product-maker fit as well (hat tip to my friend, Jonathan Fields, for coining the phrase).

In other words, if you want to build a business, then you need to think as much about talent acquisition, direction, and development, as you do about customer acquisition and retention.

You need to figure out how to build a team that's mission-focused, present, and productive.
Perhaps most importantly you need to unlock and make use of your team's intelligence.

Many within Fab saw the problems coming and knew how to fix them. But because leadership was focused on the next shiny object, and not on creating an organization capable of learning and improving, the keys to success were locked up and unavailable.

Contrast this with Wistia, a Boston-area startup. They may not have the investment portfolio of Fab, but to my mind, they show much more promise -- because they show as much concern about their team as they do their customer.

In a recent blog post, CEO Chris Savage describes Wistia's struggles with structure and process; "We began to realize that by building a company with a flat org structure, we had done the exact opposite of what we had intended. We had centralized all the decision-making, and we were relying on a secret implicit structure to make progress."

When you've got five people in a room trying to get your site up, it's easy to see your financial runway and the progress you make each day.

Disagreements about technology and features are fairly easy to resolve because there are relatively few voices to integrate. A quick conversation can get you moving again.

Without clear intentions and systems in your organization, market success will be almost immediately followed by chaos and collapse.

-- more of my writing available here.