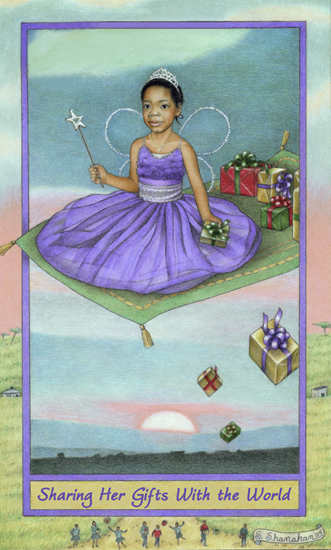 "Everyone is different: different shapes, sizes, colors, beliefs, personalities, and you have to celebrate those differences." - Kelly Clarkson

Over the years, I have learned so much from Oprah Winfrey. I felt a kinship with her from the day she began her show in Chicago in 1986. She was so real. Plus, she was a woman of size (like me). She was someone who was approachable, not above me. I could relate to her love of books, spiritual matters and the desire to be thin. I shared her anguish about not being a size six. I went on every diet she did. It was hard not to notice Oprah's weight yo-yo during the reign of her talk show. If she wasn't pointing out her failures, the media was.

After The Oprah Winfrey Show ended in 2011, whether she was fat or thin went under the radar. Without being on TV Monday through Friday, it was hard to know what shape Oprah was in, which was fine with me. I had been doing some serious soul searching about my size. I needed a break from constantly monitoring my eating and exercising. It was robbing me of the joy of living in the now. It didn't do any good long term anyway. I wondered if I was fighting nature? Could I have been born this way?

Last December, I watched a once again curvy Oprah being interviewed by Barbara Walters on her Ten Most Fascinating People of 2014 special. Oprah may not be at her "best self" weight, but she is as beautiful as ever in my eyes. Barbara asked her to complete this sentence, "Before I leave this earth I will not be satisfied until I..."

Oprah responded with, "Until I make peace with the whole weight thing."

Barbara sounded shocked when she said, "What? That's still on your mind? I was expecting something deeply profound." Oprah assured her that yes, she had to make peace with the " whole weight thing."

What petite Ms. Walters didn't understand was Oprah's wish is deeply profound.  As a woman who has struggled to be thin her whole life, it would be such a gift to me if she accepted herself. Maybe Oprah and I, along with countless others aren't meant to be a size six. What if we are fine the way we are? Maybe the bodies our souls inhabit aren't what the culture has deemed desirable, but does that make them wrong?

Today, at 59, I have still not won the war with fat and am waking up to the notion that maybe this is who I am. There is more and more scientific evidence that says being fat doesn't necessarily mean one is unhealthy. Maybe the media and the fashion police are wrong. After all there was a time in our country's history when people were made to feel less than because of the color of their skin. Looking at nature I see that there are all different shapes and sizes in the animal world. Could human beings be made the same way?

"If you are who you were meant to be, you will set the world ablaze." - St. Catherine of Siena

Oprah's continual references to her issue with her weight has only helped to make her a target by mean spirited people. The distress she feels adds fuel to the shame women carry about their bodies. Think about celebrities like Whoopi Goldberg. I find it interesting that the press never remarks about her size. I have a pretty good idea why. Whoopi knows she has it going on. She knows her light shines from the inside out so it's a waste of time to try to mold herself into a standard dictated by fools. Because her body isn't an issue with her it's not an issue with anyone else. I think it is time for women to embrace their bodies. I don't want to waste another minute rejecting what I was born into. My body is a temple, and the same goes for you, Oprah Winfrey. What would the world do without you? You have a big purpose and your soul lives in the perfect house to manifest it. If you accept yourself, just as you are, you will give permission to womankind to do the same. That would be a gift passed down from generation to generation. And what do your sisters think about your body inching above your "goal weight"? It's the better to hug us with, my dear.