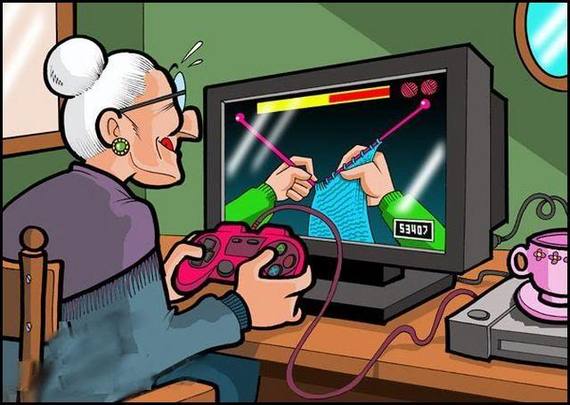 [T]he [US] government reported disappointingly slow growth and continuing stagnation in productivity. The rate of productivity growth from 2011 to 2015 was the slowest since the five-year period ending in 1982.

So reported The New York Times in a June 6th article entitled, "Why the Economic Payoff From Technology Is So Elusive."

The most prominent pessimist is Robert J. Gordon, an economist at Northwestern University. His latest entry in the debate is his new book, "The Rise and Fall of American Growth." Mr. Gordon contends that the current crop of digital innovations does not yield the big economic gains of breakthrough inventions of the past, like electricity, cars, planes and antibiotics.

On the same day in June, The New York Times further reported in an associated article entitled, "In Search of Tech's Productivity Boost":

What's missing from the equation is a demonstrable improvement in overall productivity, as Steve Lohr writes. The productivity question has split economists. Some argue that the tech industry simply isn't creating tools that help workers work more effectively. Others believe that recent trends like artificial intelligence and big data analysis are too new to have had much of an impact.

Leave aside the hours you spend on Facebook posting pictures that are the equivalent of the dreaded slideshows of your parents' era; forget about the ranting mad tweets you send when the line is too long, and never mind the binge watching that makes you bleary eyed and sluggish the next day....

Do you feel more productive or not?

Frankly - as that is me, myself, I was referring to above - the answer is yes. I do feel more productive. It's easier to communicate, faster to transact, quicker to find information - in short, I waste less time (forget the stuff above) getting key tasks done, and I imagine many of you feel the same.

So if that's true, how is this possible? As quoted in the Financial Times:

Global economic growth has been below the 20-year average in six of the past eight years. Productivity growth has slowed around the world amid talk of a secular stagnation. And as Mary Meeker, partner at Kleiner Perkins Caufield & Byers, emphasized last week in her latest Internet Trends report, the growth in the number of global internet users is flattening off at about 3bn and smartphone uptake is slowing too.

And yet "...Only 18 percent of the American economy is living up to its 'digital potential.'"

Or maybe not "yet"... maybe it's a because - because we aren't living up to our potential we are not as productive as we could be in the workplace...and the yet is that we are living up to personal digital potential which is why developers seem so focused on consumer apps and such.

As with most debates on issues of the economy, we have pessimists and optimists....here's the flip side of the argument mentioned above that current technologies are not yielding major economic gains:

The optimists are led by Erik Brynjolfsson and Andrew McAfee, co-directors of the M.I.T. Initiative on the Digital Economy. They argue that there have always been lags between when technology arrives and when people and institutions learn to use it effectively. That has been true for a range of technologies, including the electric motor and the internet, which contributed to the last stretch of healthy productivity growth in the late 1990s and early 2000s.

The gains from current tech trends like big-data analysis, artificial intelligence and robotics, they say, will come. Just wait.

I have long believed that we need to stop talking about digital as if it's some precious magic. DIGITAL IS EVERYTHING...BUT NOT EVERYTHING IS DIGITAL...my readers know my Mantra....and maybe that is part of the issue:

One of the most persuasive arguments that we are at a "pivotal point" in history is made by Steve Case, co-founder of America Online turned tech investor, in his book The Third Wave. His argument is that the internet is becoming all-pervasive in our economies, transforming pretty much every industry and area of our lives...

According to Case, the first wave of the internet started in the mid-1980s when pioneering companies such as AOL began to connect people to this technology. The second wave arrived when the likes of Google and Facebook created search and social networking businesses and Snapchat and Instagram exploited the emerging app economy.

But Case believes the third wave, which is only just beginning, will have far more impact as the Internet transforms real world sectors such as healthcare, education, transport and energy. He shows how existing technologies can be deployed far more smartly rather than assuming that we will see further heroic breakthroughs...

One of the most intriguing aspects of Case's argument, though, is what this means for his fellow entrepreneurs in Silicon Valley. In short: they cannot surf the third wave alone. Much as it may rankle West Coast libertarians, governments -- and some existing businesses -- have an essential role to play. "Partnerships in the third wave are the prerequisite for success," he writes. "Unlike in the second wave, arrogance won't work as a strategy."

However, in the present political mood, it is far from clear who would answer at either end."

Think about his point.

He says in essence, lose the DIGIBABBLE, stop swinging for the next Unicorn and instead start applying tech to solving real problems...real issues...change the world, not just your selfie.

Economist Robert Solow dubbed this the Productivity Paradox. In 1987, he famously quipped: "You can see the computer age everywhere but in the productivity statistics."

The problem Solow had identified was that while computers could automate manual processes, real productivity gains would only be experienced when technology was actively used to reinvent business processes." -- The Huffington Post

And maybe that is what Einstein meant...Listen:

It's not that I'm so smart, it's just that I stay with problems longer. Albert Einstein

And there you have it...

The answer might be in direct line between The Valley and The White House, or it might be only in reinventing business processes.

But wherever the answer lies we will not see much change unless we stick with it...look for real solutions; spend the time with the problem and a little less posting pictures from places far flung.... note to self. And stop thinking that your personal productivity is an indicator of much....other than digital dexterity...

Next week productivity around education....