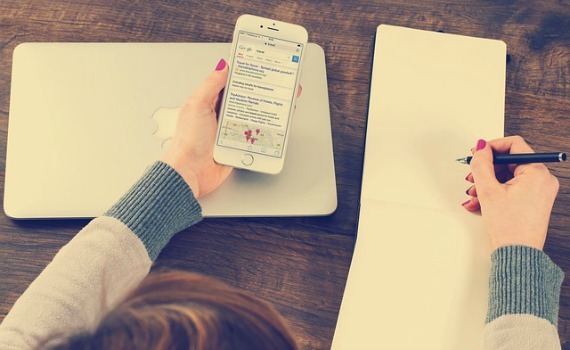 Every entrepreneur is a little bit crazy. Hey, I love that about us. But mad? I do not consider myself mad. That's why I figured Mad Genius, by Randy Gage, was referring to "mad" in the context of "mad skills" or "mad love." It's not.

The first time I read it I thought it was about tapping into genius. And it is. But after the second or third time it hit me, it's really just as much about tapping into madness. Or at least what most of us have been conditioned to believe is insane.

Which made me really think about what we label as "mad," and what we think is just "smart business." How much of our attitudes and assumptions about our lives and businesses come from current and relevant truth, and how much is conditioning and beliefs based on premises that are ancient (like "so 2015") history?

Randy and I had a chance to catch up by phone the day the book was released. I asked him what his highest hope for this book really is.

"We're entering the most cataclysmic decade in human history. This next 10 years is going to be more change, of epic proportions, than any decade in human history. With biogenetic engineering, and cloning, and 3D printing, and social media, mobile, and global connectivity. We can't keep thinking the way we've been thinking, because the way we've been thinking does not prepare us for change on this level."

Yes, his hope for this "Manifesto for Entrepreneurs," is that we're rattled awake enough to prepare for the "most cataclysmic decade in human history." By changing how we think.

"Cataclysmic" kind of feels like a threat. I have some clients in the industries he mentions and they're excited about the changes they're a part of, but other clients (me too a little bit) are feeling overwhelmed and intimidated. It feels more like a "mad, mad world" run by an "evil genius" than an invitation to be more successful as entrepreneurs.

But once I got my "lizard brain" calmed down enough to organize my thoughts, I had to admit that I see this upcoming decade in much the same light. Randy's more in-your-face-grab-you-by-the-throat-and-rattle-your-brain than I am. And he uses more four letter words, like "cataclysmic" (which is a four letter word in disguise.) But I'm not crazy enough to put my head in the sand and say that he's overstating the obvious. That would be madness of a different sort. And if change is coming, at that speed, the best thing we can do is learn to turn that momentum to our advantage.

Here are some of the other crazy things we see coming, and what Mad Genius says we can do to get ready:

Incremental change is no longer change. By the time you get through enough "increments" the world has moved on.

Proactive is no longer better than reactive - they're both too late to matter. You have to anticipate change and create your response before it's required.

Business is built on the idea that we "solve problems and add value." So everybody's in problem solving mode, but solving problems is always looking into the past.

Nimble doesn't work anymore either. You have to see around corners. You have to anticipate problems and desires that will exist in the future.

You have to move out of problem solving and into possibility thinking.

We think of creativity in pretty much two categories; artistic, and problem-solving. But again, problem solving is "so yesterday" and artistic only matters if it has a function, even if that function is making someone feel good. So we have to add a new category of creativity, and that's creative projection. It's the ability to see dots no one else sees and connect them in ways that have never before been imagined.

The iPad is a classic example. There was no "problem," there wasn't even "demand," but Steve Jobs had already forecasted the demand and created the supply before the consumer even knew that they had a problem that needed solving. That is the creative requirement of the Mad Genius.

"You can't do business with small-minded people. There is not a force on earth with enough power to overcome a low-level bureaucrat in a cubical who wants to kill a deal."

Randy nailed it there. I am not going to tell you how many hours of my life have been spent learning that truth. But here's what most people don't think about that's an even better reason for avoiding that mentality. That kind of thinking is addictive and communicable. Don't expose yourself to it, or you'll catch it and spend the rest of your life trying to shake it.

Encourage people to fail. Yourself and your team. Make sure you are all failing regularly. The only way you truly unleash the creative genius in yourself or others is to embrace the understanding that not every at bat will result in a home run. If people think that failing results in losing they never take risks. And risks are where the breakthroughs live.

Randy's got me excited about being mad. Not just "mad skills" mad, but counter-intuitive, challenge everything I think I know, grab myself by the collar and shake up my brain, kind of mad. In fact, I realized I've always been not only a little crazy, like every entrepreneur, but also more than a little mad, by this definition.

If you're looking for an MBA-in-a-box or the kind of book they teach at the Harvard Business School, this isn't it. If you're sensitive to direct challenges and four letter words, this one isn't for you. But if you're ready for some thinking that grabs you by the throat and gives your brain a good shake, this is it.

To thrive in the next decade, entrepreneurs, whether working alone or leading teams and organizations, have to think at this level. If anyone tells you you're "mad" you can take it as a compliment. That's what I'm going to do.