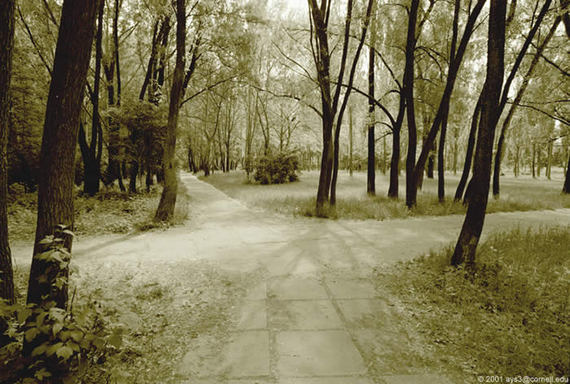 Eleven months ago, as the Argentine national football team marched towards the World Cup Final, the common refrain held that it was a country of 40 million football coaches.

It may also be one of 40 million currency specialists.

When asked to ballpark the true rate of inflation over coffee in Recoleta, Buenos Aires, Argentine economist Luis Secco simply tugged on the sleeve of a passing waiter and asked, "How much of a raise are you guys asking for this year?"

"It has got to be 50 percent," the man answered, shaking his head. "Anything less and we are losing money."

Argentina appears on an inexorable, slow-motion drive towards an economic crash landing. Annual inflation tops 25 percent, and the spread between the official exchange rate (8.78 pesos to the US dollar) and the "blue" market rate (roughly 12 to the US dollar) reflects underwhelming confidence in the currency.

While comparisons to Venezuela are overblown, Argentines have faced shortages on certain staple goods such as tampons.

A U.S. $2.3 billion loan -- part of an US$11 billion package -- from China offers short-term respite for foreign reserves that had dipped below U.S. $30 billion. But this represents little ammunition, especially as the country risks the prospect of a major payout, to un-restructured bond holdouts which even conservative estimates place at US$7.5 billion.

Argentina also faces mounting fiscal pressure, but La Casa Rosada is likely to increase spending in this election year. Officially in default and still unable to access traditional sources of international credit, Buenos Aires will paper over any fiscal cracks in 2015 by printing pesos, which will only further stoke inflation.

Unable to run for a third term and already facing decreasing public support, President Cristina Fernandez de Kirchner has little incentive to address major economic challenges in her final months in office. She will likely leave the hard choices for the next government.

Argentina has arrived at a crossroads. The general election slated for October 2015 offers an opportunity to reform, but addressing underlying problems may require more than just a change at the top.

Argentina forged its economic policy of the last 15 years in the chaos of a 2001 crisis, which left nearly half its population below the poverty line, and the country in default on more than U.S. $80 billion in international debt.

In a moment of national vulnerability, Argentina closed ranks around what it knew best. Over the next ten years the country elected three consecutive Peronist presidents. These leaders implemented the heavy-handed economic policies that characterize Argentina today.

Initially, the approach seemed reasonable: Cash transfers made sense for an urban core that lost much buying power when the peso was untethered from the dollar in 2002. Similarly, price controls on basic utilities helped support a middle class in free fall. But just as pre-crisis policymakers clung to convertibility beyond the plan's period of utility, the present leadership has maintained various subsidies that probably should have been rolled back in subsequent years of strong growth.

During the post-crisis boom years, the Kirchners financed subsidies by taxing the commodity windfall. But as global growth tapered following the Great Recession, all the soya in the Pampa could not hide the extent of Argentina's macroeconomic distortion.

Thus, the ailments that Argentina faces today -- the inflation, the currency distortions, the holdout-provoked default -- stem directly back to emergency-era economic policy. The commodity boom may have generated years of strong growth, but soya y suerte alone could not spearhead a true recovery. Could a new president?

Inside and outside Argentina, many seem convinced that the environment will improve with a new executive next year.

In fact, all three major candidates -- the market-driven Mauricio Macri, the opposition-Peronist Sergio Massa, and even the PJ's Daniel Scioli -- have fronted reform-minded campaigns. The feeling of light at the end of the tunnel has pushed the blue dollar back towards the official rate. Argentine bonds have actually rallied despite the country's ongoing default.

But is this faith well placed? To address Argentina's economic malaise -- and to fully close the door on the 2001 crisis -- the next government would need to address subsidies, return the keys to the Central Bank, and come to a solution with respect to debt holdout creditors.

These are neither easy nor popular measures for a new and untested government. Argentines may say they want change now, but will they reach for their casserole pans if their energy bills spike?

Even a well-intentioned president will face complex hurdles. An agreement with the holdouts would likely require congressional support, something insiders suggest will be difficult to obtain. Macri has been competitive in polls, but as a non-Peronist he would lack a congressional majority and labor-union support. He would be challenged to replicate on a national level his success governing Buenos Aires.

A few months out, the election remains up for grabs. Most polls have generally shown an advantage for Scioli over Macri of a couple of percentage points-within the margin of error-so essentially a dead heat.

More in-depth polls suggest that Argentines still favor an active state hand in the economy--arguably an advantage for Scioli. A straw-poll in a gaucho bar split two, two, two and too drunk to answer.

It's uncertain where to any of the candidates will guide Argentina through this crossroads, but one thing is clear: The country needs a new direction if it wants to stop the bleeding.

Samuel George is the Latin America Project Manager for the Bertelsmann Foundation. He is author of The Pacific Pumas, Surviving a Debt Crisis, and co-author of Five Steps to Kickstart Brazil.

Cornelius Fleischhaker is a junior professional associate at the World Bank and co-author of Five Steps to Kickstart Brazil. All opinions expressed here are the authors' own and do not necessarily reflect those of the World Bank.