BUENOS AIRES -- Economic crises besiege Argentina with the regularity of earthquakes over a tectonic plate. These crises can be devastating, wiping out family savings, employment and life plans. It seems we're always recovering from or preparing for some sort of economic shock. Sometimes, our survival strategies can even contribute to the subsequent crisis.

Last month Argentine voters very narrowly opted for a political sea change, voting out the Peronist faction led by Cristina Fernandez de Kirchner (she and her deceased husband governed the country for the last 12 years) and electing the conservative mayor of Buenos Aires, Mauricio Macri, to replace her.

The business-friendly president-elect ran in opposition to a government that has been highly divisive, defined by extensive social spending and statist economic policies that antagonized large business interests and foreign investors. Kirchner leaves office with a high approval rating of about 50 percent, thanks to popular policies such as a per-child conditional cash transfer policy for poor families and a focus on human rights, such as gay marriage. But the economy is stagnant, annual inflation is around 25 percent, and the fiscal deficit could amount to an alarming 6 percent of the country's GDP this year.

President-elect Macri has promised to shock the highly regulated economy into market-based reality. One element of his approach will be the elimination of strict currency controls put in place to prevent capital flight. The cost could be a devaluation of up to 60 percent. Economists, like gym gurus, always seem to argue that a bright future can only be attained with short-term pain.

The government's official exchange rate allows you to buy a dollar for about 9.6 pesos. But since 2011, access to dollars has been highly limited in an attempt to keep people and companies from taking money out of the country. 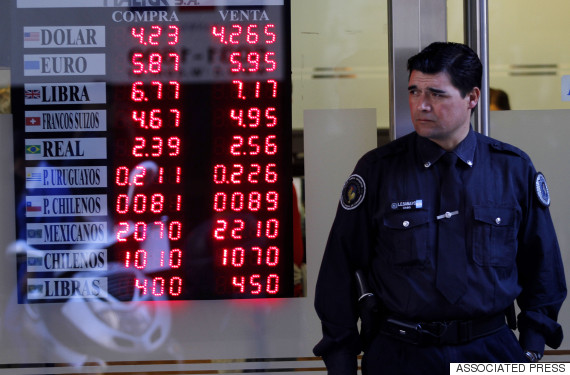 Argentines unsatisfied with their permitted monthly quota of dollars -- or unable to justify the provenance of their cash -- are forced to turn to the black market, where a buck costs closer to 15 pesos, as established by supply and demand. Though it's illegal, it's hardly underground: The euphemistically named "dolár blue" rates are published on the front-page of leading newspapers, updated along with the official rate.

The spread is a window of opportunity for some Argentines who spend a lot of time and effort arbitraging between those two rates, relentlessly scheming over how to get cheaper dollars. Those can then be used to save or lucratively resold on the black market at significant gain. The official exchange rate applies to many transactions, but Argentines desperate to hedge against inflation rail against limitations.

You do have to be on your toes to game the system. Credit card purchases in dollars are charged locally at the official exchange rate. One popular way to access dollars at the official rate is to charge travel to our plastic -- hence the crowded flights to Miami. Travelers in line have been heard boasting that they take empty suitcases to the U.S. to fill with cheap consumer goods that can't be obtained in Argentina or are prohibitively expensive because of import taxes. Chile has become another popular shopping destination for computers and Forever 21 clothes. Smuggling iPhones past Argentine customs is a rite of passage.

Those people flying to such exotic locales often bring with them a stack of debit cards belonging to friends and family members who are eager to withdraw dollars at overseas ATMs. Day trips to neighboring Uruguay with a pile of cards were a brief fashion until the government reduced the permitted withdrawal.

Argentina's capital controls, or limits on how much foreign currency we can buy with our pesos, have been lax compared to those in some other countries. But using the dollar as a hedge against inflation and currency instability has become engrained in the Argentine middle class DNA over several generations of crises.

Macri's vow to remove the artificial official rate, and allow the market to prevail, is a move that most warily accept as necessary. The trouble is that the "cure" for terminating the disparity between the two competing dollar rates might trigger a short-term crisis of its own, as people absorb the shock of a sudden, massive devaluation of the peso, and of their living standards. The conundrum Macri will face is akin to what the U.S. Federal Reserve faces (on a smaller scale), knowing that it has to raise interest rates, but worrying about the impact of doing so, or of doing so too suddenly.

We're all steeling ourselves for Argentina's abandonment of heavy state intervention in the economy, in favor of free market forces. We desperately hope we are not trading in one fantasy for another. 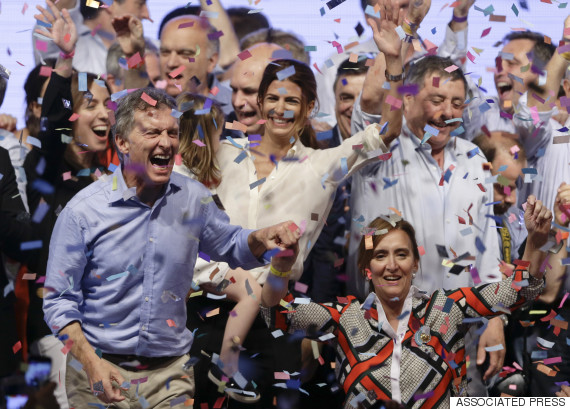 For now, businesses are stocking up on imports and stalling sales because they're worried about losing money with payments that might come in after the devaluation. Producers are reportedly holding back stock -- flour, pharmaceuticals, steel -- instead of selling it; they're betting that their products will be worth more later. Airlines won't sell tickets more than three months in advance. For average citizens, a peso that loses its value (over time or in one dramatic devaluation) only exacerbates the power of inflation to eat away at their savings. Money put away at the beginning of the year will buy significantly less by the end of the next, and so on. So instead it makes more sense to exchange pesos for goods that retain value better: real estate, cars and even consumer electronics. Imagine a dollar burning a hole in your pocket because you don't know if it will be worth 60 or 30 cents in a few months.

U.S. dollars, with the enduring value they represent, are the holy financial grail. From small wads stuffed under a mattress to a security box filled with piles of cash, dollars are the gold standard for Argentines. Dollars are perceived as the objective measure of value -- to the point where property, perceived to have enduring value of its own, is priced in dollars. This national tic, proved right over the past few economic crises, in part explains why the currency controls have been a focal point for so much anger against the current government.

This year's inflation rate will be between 15 to 26 percent. The fact that we don't know the exact number, because the very data (both public and private) are politicized and contested, says a lot. Certain desirable models of cars have increased by over 45 percent and private schools have increased by an average of 37 percent this year. On the other hand, government intervention in the market keeps a basic food basket under the inflation rate and salaries tend to keep more or less apace.

Whether it's failed government policy, as one side argues, or untamed speculative market forces, as the other side does, the never-ending weekly rise of vegetable prices that fall outside the price controls engenders a confused exhaustion. One week I skip buying tomatoes, because they're just too pricey. The next, apples are so expensive that the tomatoes seem reasonable again.

With Macri and his market-friendly policies, Argentina will be the latest Latin American nation to take a step closer to the worldview of Washington and Wall Street. Along with the half of the country that voted to continue with "Kirchnerismo," I am concerned that the touted adjustment will come at a high cost to our most economically vulnerable citizens. We are a country of extremes and I hope Macri's change will not inaugurate a period of excessive austerity and recession.

As for me, I'm trying to delay my payment for this article. It's not much, but the dollars I get for it might be worth significantly more in a few weeks.