At the Lujan Zoo, an hour outside Buenos Aires, Argentina, fences are merely a technicality.

Visitors can pay an entry fee of 130 Argentine Pesos, about $25, to pet a lion, feed bears and cuddle up to tigers. A YouTube video uploaded in 2011 shows people taking pictures while petting a full-grown lion as it growls loudly. Another video shows a man feeding a bear with his mouth. The 37-acre zoo is open daily and has about two dozen exhibits, according to its website.

According to the Daily Mail, the general manager of the zoo, Claudio Nieva, said back in 2009 that the animals are raised with dogs to teach them how to behave around humans and kept full when they're petting or cuddling with them.

“We feed all the animals, especially the predators, so they won’t feel hungry when a human is inside their cage. And there are always two or more specially trained keepers inside the cage,” Nieva told the outlet.

Hundreds of pictures of guests holding tiger cubs and feeding (often sleepy-looking) lions and bears have been uploaded to the zoo's TripAdvisor page, along with some reviews condemning the establishment.

"It was obvious that they had sedated [them] so that people could pat them. To make sure that visitors got a good picture, ‘techniques’ were used to get the animal to look up, such as throwing water on their faces and dangling meat in front of their mouths,” Courtney B. wrote in November of last year.

Some satisfied visitors called the zoo "amazing," "incredible" and "a once-in-a-lifetime experience."

Animal advocacy groups like Florida-based Big Cat Rescue have said that no good can come from petting or playing with these kinds of animals. "Handling operations are inherently cruel for the cubs," a document release by the group says. "The risk of injury and disease to humans, associated with big cat cub handling, is significant."

The zoo has a 4-star average on the site. 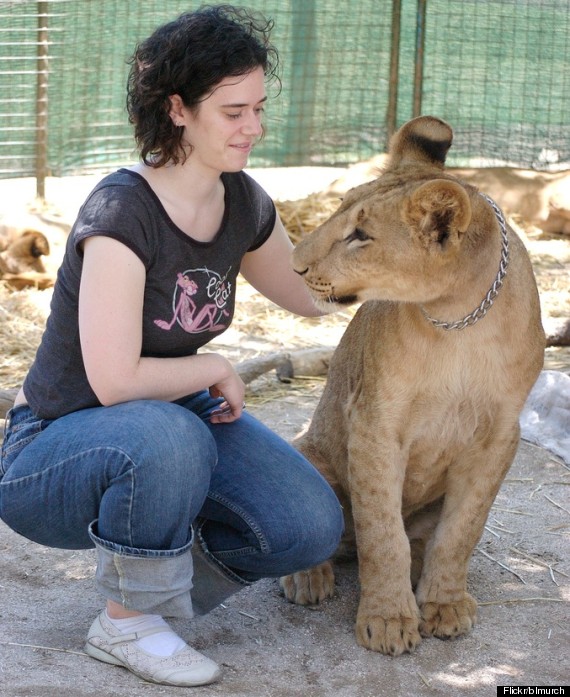 A woman pets a lion at Argentina's Lujan Zoo, an hour outside of Buenos Aires. (Flickr:blmurch) 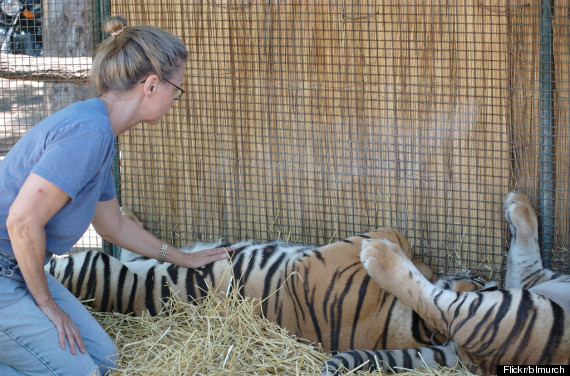 Exotic animals including lions, tigers, bears and elephants are among the two dozen breeds at the Lujan Zoo, which has a daily admission rate of about $25. (Flickr:blmurch)