Argentina eliminated Mexico from the World Cup on Sunday, but a blatantly botched call gave the eventual winners a goal that would shape the rest of the game. In the 26th minute, Carlos Tevez knocked in a goal despite being wildly offside.

Roberto Rosetti, who was refereeing the game, let the goal stand despite incontrovertible visual evidence that the nearby linesman somehow missed. Mexican players were visibly angry by the costly blown call.

The mistake in Johannesburg was not the only embarrassing officiating error at the World Cup on Sunday. Earlier in the day, a bad call robbed England of a goal during their loss to Germany. Scroll down to see the missed offsides call. 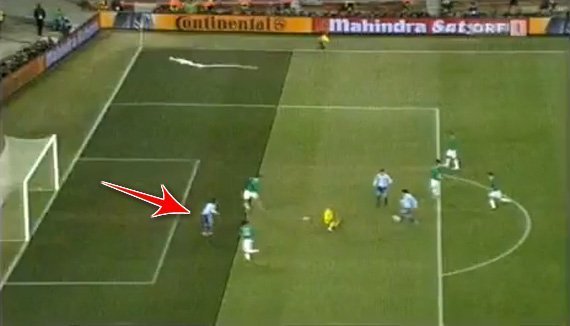