Every week, The WorldPost asks an expert to shed light on a topic driving headlines around the world. Today, we speak with leading Argentinian journalist Nelson Castro about the mysterious murder of prosecutor Alberto Nisman, who had accused the government of covering up a 1994 terror attack.

Argentina is embroiled in its most sensational political scandal in decades, a twisted saga of terrorism, torture, murder and high-stakes international politics. The deadly 1994 bombing that killed 85 people at Jewish community center has haunted the country for two decades, and the case was thrust back into the headlines following the suspicious death of prosecutor Alberto Nisman on Jan. 18.

Nisman had recently accused President Cristina Fernández de Kirchner of cutting a deal with Iran -- a prime suspect in the bombing -- to cover up Tehran's role in the attack. Hours before Nisman was scheduled to testify before Argentina's congress, he was found dead from a gunshot wound in his apartment. Initially ruled a suicide, Nisman's death has since been labeled homicide, sending shock waves through Argentinian politics. The discovery of a draft arrest warrant for Kirchner in Nisman's apartment has only heightened tensions. 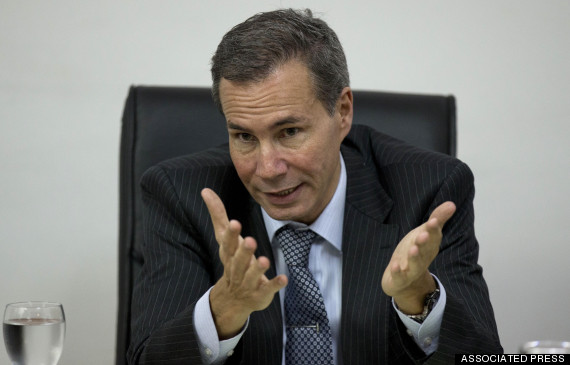 Prosecutor Alberto Nisman was found dead hours before he was supposed to present his allegations against President Kirchner to congress.

Kirchner has denied all involvement in Nisman's death, claiming the prosecutor was the victim of a conspiracy by the nation's intelligence agencies to destroy her presidency. She has pointed out that Argentina never asked international police to remove arrest warrants for Iranian leaders, as Nisman alleged, and the country has not benefited from Iranian oil. In a recent speech, Kirchner called for the country's intelligence agencies to be dissolved and rebuilt from the ground up.

Investigations into the bombing have been marred by all manner of corruption and incompetence: The former president stands accused of accepting an Iranian bribe to derail the case, a former judge was fired for bribing a witness, and a separate investigator was kidnapped and brutally tortured with a knife and blowtorch.

The WorldPost spoke with the respected Argentinian radio and television host Nelson Castro to understand what the scandal means to the country's citizens.

What is the sentiment on the ground among Argentinians? What do they make of these conflicting conspiracy theories?

Further, the involvement of people from the Argentine intelligence services raises suspicions of the government's responsibility for the lack of protection of Mr. Nisman had, considering the high risk that his denouncement implied. Remember that when he announced the charges, he said that he could be murdered for it. Instead of taking care of him and taking his words seriously, the government mocked him and made fun of him. People are saying that the government is responsible for not taking care of him the way he deserved.

How has the story been reported in local media? Is coverage split along party lines?

How dangerous could this be to President Kirchner? Is there danger of this bringing down the current government?

President Kirchner has blamed Nisman's accusations and death on a conspiracy by the country's intelligence agencies. How do Argentinians view their own intelligence services, particularly in light of their history during the "Dirty War"?

People have a really huge negative view of intelligence services. People blame the government for the situation, but of course that is nothing new. This government has been in power for more than 10 years and has done nothing to improve things. Quite on the contrary, they took advantage of the dark side of the intelligence services in order to damage political leaders from the opposition. So at this moment, that’s one of the things people are quite angry at the government about. The Argentinian people have a clear notion that this is something that must be improved, and that it will take a lot of work from the next government.

Analysts are convinced that the investigation led by Nisman is not going to continue -- nobody else will dare to go as far as Nisman did. So in a way, that case has been definitively ended because of Nisman’s death. The government will hugely benefit because no one will dare to take the case the way that Nisman did. Concerning the investigation of Nisman’s murder, things are a little uncertain as to whether the prosecutor who is managing the case is going to be able to solve it. So in both cases -- Nisman’s death and Nisman’s accusation -- we have the idea that impunity will prevail, unfortunately.

More On The Scandal in Argentina: - The Unsolved Terror Attack At The Center Of Argentina's Political Crisis - Why A 1994 Terror Attack Is Still Haunting Argentina Today 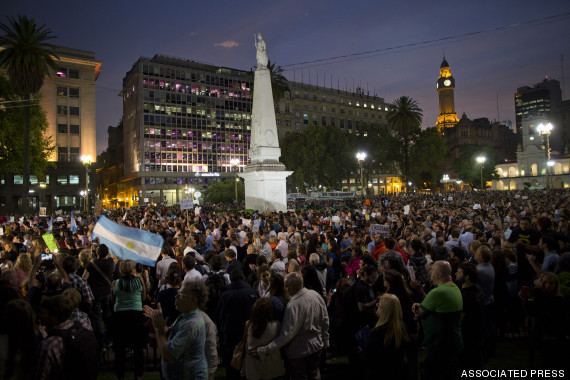 Protesters gather outside the governmental palace in Buenos Aires to protest after the death of prosecutor Alberto Nisman.