The Messi Magic continues at the 2014 World Cup.

Just minutes before an unpredictable penalty shootout, Lionel Messi conjured the only goal that Argentina needed to produce a 1-0 win over Switzerland in the Round of 16 at Arena Corinthians in Sao Paulo on Tuesday. In the 118th minute of the tense win-or-go-home clash, Messi dribbled through the heart of the Switzerland defense and passed the ball off to teammate Angel Di Maria in the penalty area. Running in from the right wing, Di Maria swept the ball past Switzerland goalkeeper Diego Benaglio with a low left-footed drive to the far post.

#ARG were heading to penalty kicks. And then Messi and Di Maria performed a bit of magic. WATCH » http://t.co/7cF4EDTROs

Until that late surge through the Switzerland defense, Messi and Argentina had been held scoreless despite enjoying a large advantage in possession and taking far more shots. Benaglio turned away well over a dozen Argentina shots on goal before Di Maria's effort proved too well-placed for him to handle.

Until Argentina's last-gasp breakthrough, both teams seemed resigned to facing the uncertainty of a penalty shootout. After the goal, the action picked up for a scintillating finishing spurt. Switzerland nearly produced an equalizer when substitute Blerim Dzemaili's header bounced off the crossbar.

Off the post, then the rebound just wide. Oh my. pic.twitter.com/V3F4bu916u

Argentina will face the winner between Belgium and the United States in the quarterfinals on Saturday, July 5 at Nacional in Brasilia. 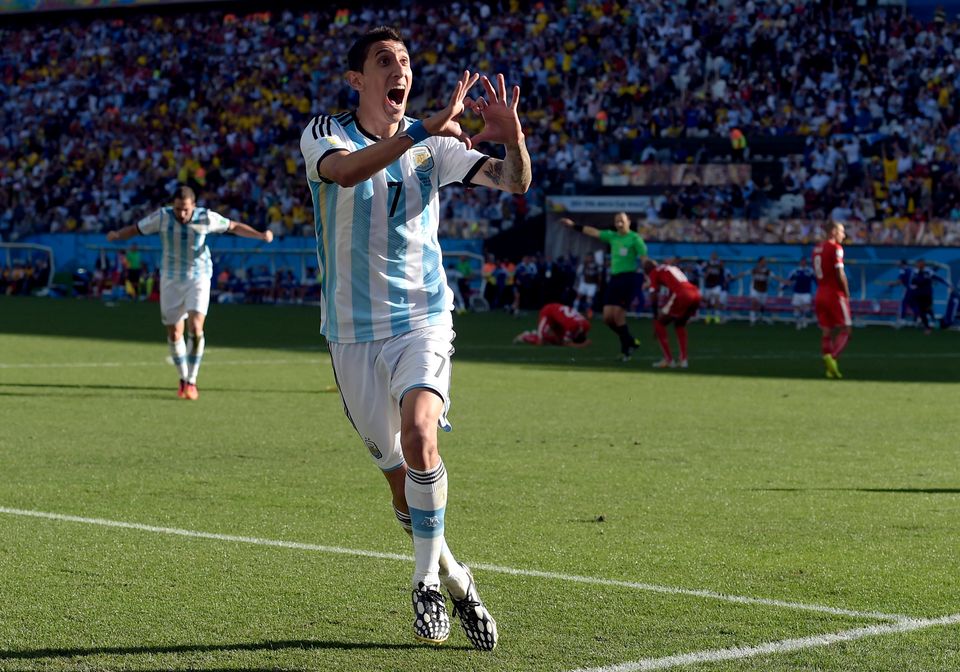 1 / 62
Brazil Soccer WCup Argentina Switzerland
Argentina's Angel di Maria celebrates after scoring his side's only and winning goal in extra time during the World Cup round of 16 soccer match between Argentina and Switzerland at the Itaquerao Stadium in Sao Paulo, Brazil, Tuesday, July 1, 2014. Argentina defeated Switzerland 1-0 to move on to the quarterfinals. (AP Photo/Manu Fernandez)
ASSOCIATED PRESS