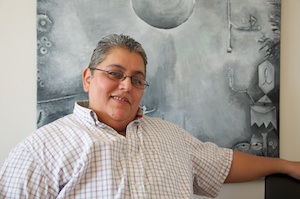 Argentina has led the world again in LGBT rights, this time focusing on the transgender community. Yesterday, legislation passed that allows a legal change of gender by simply filling out a form. This is a progressive step; to change one's gender, most countries require a medical diagnosis, letters from therapists, and often medical intervention.

But in Argentina, activists called for a right to chose one's identity without a surgery requirement or court action. This allows people to have immediate access to a new identity card that matches their gender presentation. An ID is a first step toward any legal transaction, whether it be submitting job applications, applying for loans, or accessing medical treatment.

In Buenos Aires we meet up with Kalym Soria, president of RITTA (Red Nacional de Hombres Intersexuales, Transgéneros y Transexuales de la República Argentina), an advocacy group made up of 40 transgender men like himself. Kaylm says, "My job is to organize us, and to generate a space where trans men have a space to talk, share, and hit the streets. We dream of a world of inclusion."

Watch Kalym and others in this creative video campaign supporting the law of identity:

Kalym, age 45, has hidden his identity most of his life. He says, "I had an idea of my masculinity since age 4, but it was not something you could talk about at that time. I am 45 years old, and everyone in my generation did the same. We hid so as not be persecuted. We kept our secrets."

Without this new legislation, Kalym was unable to go through the physical process of changing his gender. Of the old status quo he says, "You cannot have any type of surgery to reassign gender. It is prohibited. At the same time, there is not a law that regulates hormones. But when you go to the doctors to ask for a prescription, they don't give it to you. It's a viscious circle. The majorty of men self-medicate themselves, with all of the health risks. Personally, I do not take hormones, because there is not yet a system of health that can guarantee that I can go to the doctor and that he will treat me."

Kalym feels hopeful about changes in his country and says, "This is why the law of identity is so important. It opens the door to the rest of our rights. If you have a name that the government recognizes, it will be much easier for the medical system to follow. The law of identity will also integrate the medical system." In fact, under the new legislation, hormonal and surgical coverage will now be included in Argentina's compulsory insurance plan. 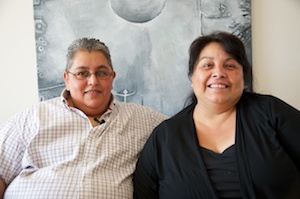 Kalym, who raised a daughter with his female partner of 22 years, has been holding off on marriage despite the fact that Argentina has same-sex marriage. As a person who identifies as male, Kalym says, "I didn't want to get married as a woman." Kalym now looks forward to marrying his lifelong love as a man.

He concludes, "Society knows that we exist. We are different. We are not monsters. Life is in movement. The world is in movement. Everything changes. We want a place to exist, because we have families. We have children. We just want inclusion."

Travelers in search of the world's 'Supergays,' blogging at OutAndAround.com