Ariana Grande was nearly in tears at the Grammys and it was all because of a nasty blogger.

E! News' Marc Malkin reported that Grande had a "freak out" and nearly cried at the Grammys Sunday (Jan. 26) when she saw some mean tweets about how she looked.

The 20-year-old wore a lovely floral Dolce & Gabbana dress and a pair of pink pumps, according to Just Jared. But her sweet style elicited some not-so-nice comments.

"She's still not completely comfortable on carpets and she made the mistake of looking at Twitter," a source told E!. "This blogger attacked her dress but also went after her hair and then more people started piling on. It was just mean. Ariana was like, 'Why am I even here?'"

Other reports claimed the paparazzi lining the red carpet were the ones who pushed Grande to the verge of tears by ordering her around while she was posing.

On Monday, Grande tweeted about her look to her 13 million Twitter followers.

i'll change up my style when i'm ready to, enjoyin the last of my retro phase. more important things like this musicccc, stu for the night 💋

Last week, Grande addressed those critical of her hair in a lengthy Instagram post. She explained that her hair has been badly damaged from years of dying it red for her Nickelodeon show. So, she wears extensions now and keeps it in a half-up ponytail most of the time because her "actual hair is so broken that it looks absolutely ratchet and absurd."

"So PLEASE," she wrote, "gimme a break about the hair or just don't look at me lol). IT'S JUST HAIR AFTER ALL. There are way way way more important things."

Check out more photos of Ariana Grande at the Grammys below. 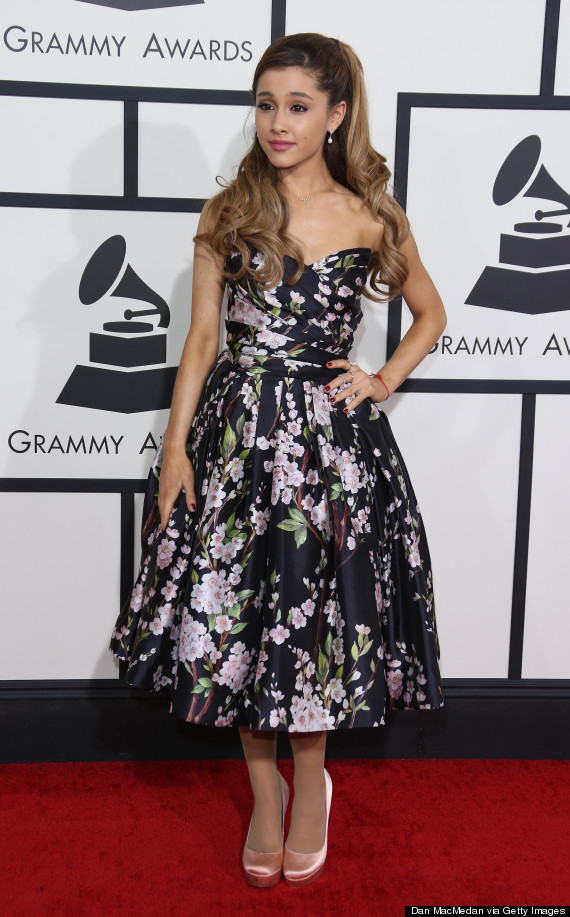 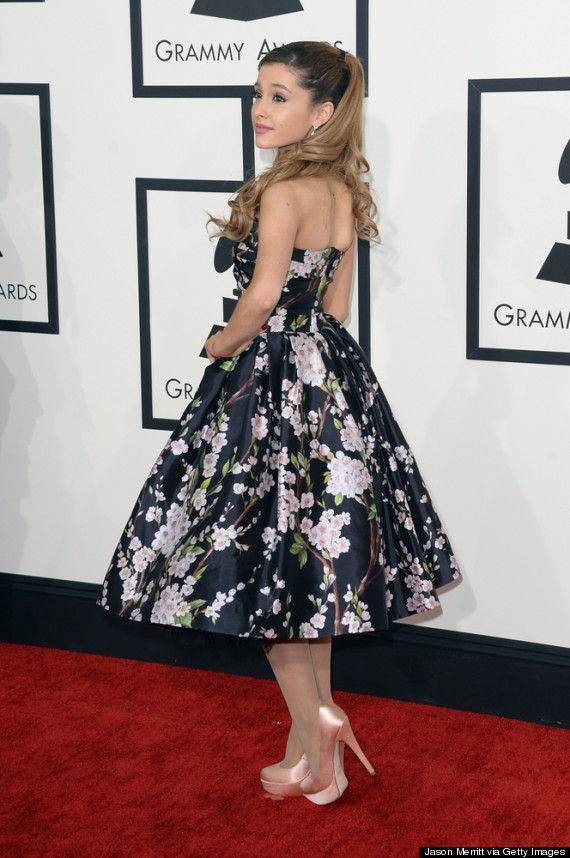 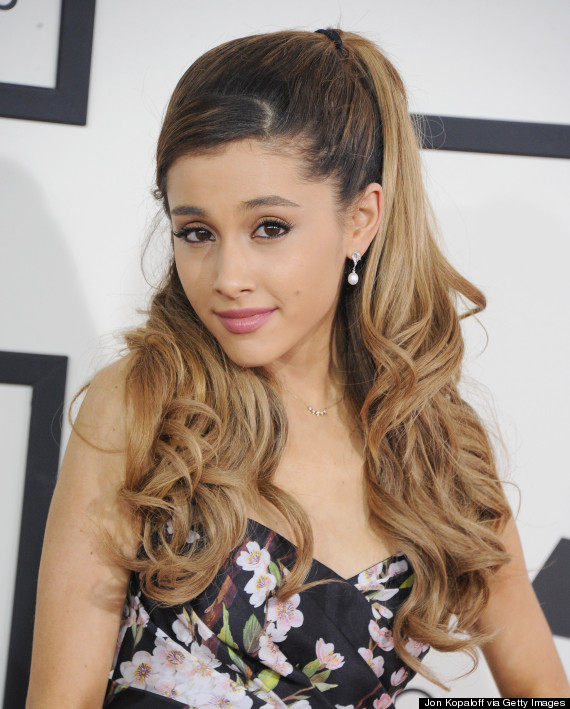