So what is the definition of success? The simple fact that a successful person has a private life, is happy and is not worn out by constant stress. She isn't scared to miss out on something when she turns her phone off as well as (having the) the freedom to disappear for weeks knowing that her professional life isn't going to collapse in the meantime. She knows her worth but never overrates her importance. She would only take on challenges she feels passionate about otherwise she knows it won't work in the long run. It might bring some sort of success but it will never be long lasting and she will know why: money, career and success just won't satisfy her but destroy her slowly shedding light on the ugly truth. She belongs somewhere else or needs to do things differently. You should know by experience that we (humans) tend to ruin the things that make us happy or put us in a miserable state of mind. And most of the time it's subconscious. Be aware of this and stop before it's too late! Do something that makes you happy, something that lifts you up and makes you feel complete and never forget to be grateful for those who helped you along the way to fulfill your dreams. 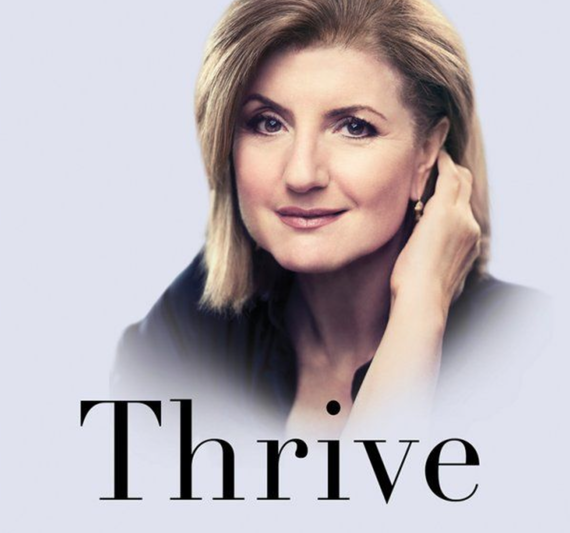 Arianna Huffington is one of the most influential women. She tells her story at Oprah's Super Soul Sunday: how she got to the top after she hit rock bottom.

Arianna Huffington - the cofounder of the Huffington Post -- tells about her media empire and all the lessons she had to learn along the way. This is another story of an extremely powerful woman who is an idol and inspiration for millions.

So what is the 21th century about? People chase fame, money and success, selling their souls because that's what everyone else does. They would do anything; reality shows, stripping, marrying the 'right' guy/girl as they are the springboard to a life where all doors are open. How utterly wrong... Most of us don't even know what success is... Well it is different for everyone. We need to go deeper and spend time in our inner reality (and figure out how WE define prosperity), rather than being carried away by a glittering and charming but equally shallow surreal world that for a second seems like the place for utmost success. After a couple of years you may even find yourself hating everything that you used to desperately long for. Your initial enthusiasm turns to disgust towards your business, your office, even your employees; you only see the problems with your own venture. You work inhuman hours 350 days a year and think that going on a luxury holiday will fix everything like nothing has happened. You have to face the truth! This is not success! If you are slowly destroying yourself and others around you that can hardly be success. Nothing that makes you happy is worth giving up on...

In 2007, Arianna had a breakdown and her life was in pieces. On a late evening in the office, she blacked-out and collapsed on her desk. She gained back her consciousness a couple of hours later realizing she was covered in blood. The tests didn't show anything unusual, nobody knew what happened. Of course not; it wasn't an illness or disorder but her unhealthy lifestyle. And then she had time to think about what she really wanted. She asked herself the question: "What's success for you? Is it really waking up in your office covered in blood?" Clearly it's not how she ever defined 'success'...

Her fast-growing news blog required her to work crazy hours and spend all her free time working. She soon had to realize that a day is made up of only 24 hours and she can't spend every single hour with work unless she is prepared to die young... She says that every time she looks back to those years when she was overstrained, that's when she missed out on the biggest opportunities; clearly she was too exhausted to see those moments.

However she started to exercise some life changing habits that drag her out of the monotony of her daily routine. She learned how to separate work from her private life and not take it home, not under any circumstances. 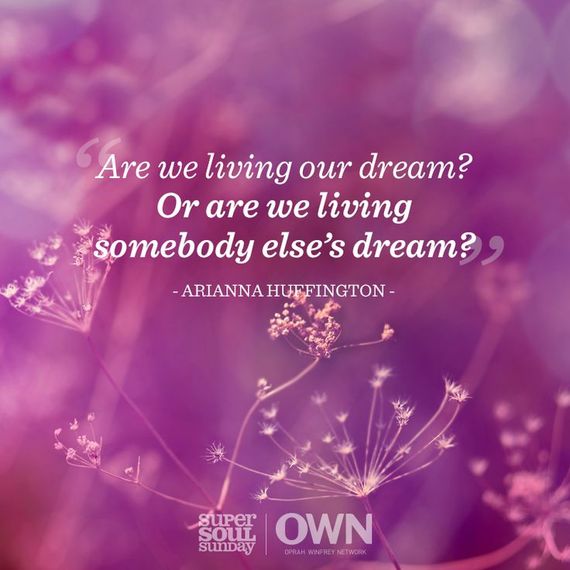 The moment she gets home she turns all electronic devices off - did you know that we check our smart phones at least 150 times a day? No phones ringing, iPad beeping or emails buzzing. Her bedroom is a 'no-phones' sanctuary so that she can't be tempted to check her emails and worry about tomorrow in the middle of the night when she wakes up. If this is what you are doing stop it right now! Those emails will be there in the morning but you need to establish an environment where you can recharge and pay attention to your needs. She even has a policy that at certain times during the day nobody can contact her - sure enough no one even tries to call her in that period of time. And anyway if there's an urgent situation they know where to find her.

We're used to those 'relaxation zones' that start-up companies use where employees can have their 10-minute privacy to wind down and get their thoughts straight. They know very well that sometimes a 10 minute 'nap' is much more effective than a double espresso... Arianna has two 'sleeping capsules' where she can retreat to recover and recharge.
"Stop doing what's not working anymore; say goodbye and get closer to those things that are sacred to you!"

Letting go is a recurring pattern in everyone's life. The only permanent thing in my life is writing, everything else comes and goes like it has never been part of my life. Every year it's like being back in school: I learn what I need to be able to 'do my thing' even better. But it's important to understand when it's time to let go or say no to things you didn't use to. You need to be confident to focus on the things that make you tick and stop doing things that aren't interesting or useful to you anymore. Sacrifice your time and attention to meaningful and important stuff.
"Don't miss the moment."

Arianna - this wonderful woman directing a non-stop empire - got the same lesson both from her mum and children: 'be present'; be present in the moment, enjoy it and don't worry about what tomorrow brings. Savor the meaningful moments with your full attention. One day she opened an email while playing with her kids, her mum got really angry and told her imperiously to stop whatever she is doing and pay 100% attention to what really matters. There's no such thing as multi-tasking but task switching which means you are fully concentrated on your current task and once you're done, you switch to the next one.

She inspires her children to be brave and to go chase their dreams. She believes that failure is not the opposite of success but it is part of success. She wants her daughters to know that the universe - or whatever you want to call it - is there to support them and is not against them. Just be tenacious and do the thing that makes you happy, the very thing you were born to do. But don't do it for success and recognition, this shouldn't be your driving force. Do it because it makes you happy and fulfilled and you are on the right track. What we do is only the 10% and the remaining 90% is the magic that we have no influence over. But we should give our all to that 10%.

Discover a new definition of success with the Thrive with Arianna Huffington online course. Register now!