This is the third installment of Project 24, a series that documents the lives and work of millennial artists based in New York City. As a collection, these portraits explore how the latest generation of contemporary artists operate in their relative intersections, navigate New York's dynamic art scene and adopt hybrid forms of visual expression. For other artists on our radar be sure to check out HuffPost Arts. 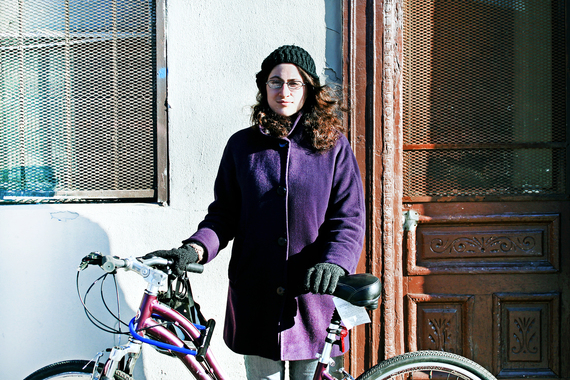 Artist Ariel Cotton operates in a world of her own design.

She keeps her own hours, works remotely and tinkers with her projects at all other times of the day.

Suffice it to say, establishing this arrangement is no easy feat. Paving roads off the beaten path calls for a unique combination of ingenuity, creativity and courage (Nine-to-five work-week? No, thank you.) And for a newly graduated college student with big dreams and a modest budget, the challenge is tenfold.

So, she decided to make do with her dining room as a temporary studio.

It's the first space you enter in her Brooklyn apartment-share, down a long, narrow corridor lined on either side with paintings both old and new. At first glance the space reads like a mixed storage unit of art supplies and miscellaneous widgets; but upon closer inspection, it's obvious the room really is home to the inner-workings of Cotton's imagination.

"This place is very important to me," she explains. "I have a tendency to find associations in everything in general -- from the fine arts to web design to interactive art. This is where I work."

Before we get into the nuts and bolts of Cotton's practice, let's set up a little context. For one, it's worthwhile to mention that Cotton supports herself financially. Between odd jobs, web design stints and sporadic art commissions, Cotton describes her situation as comfortable. Her freelance-style approach offers up the kind of flexibility that's often coveted by artists and professionals alike -- and that's nothing short of impressive juxtaposed against a job market that has the sweeping majority of young people scrambling to make ends meet. It's a refreshing account for sure -- one that dispels the popular myth that casts artists as unreliable, eccentric and doomed to instability.

Ironically, a younger Ariel Cotton (which by her own admission was something of a "rebel without a cause") would've been a service to this stereotype. Cotton tells me she was raised by a musically talented family -- an upbringing that inspired much of how she would navigate the world. Throughout her life, at school and among friends, she was known as (and often expected to be) the resident artist.

But college was a different story. Despite enrolling at the Cooper Union School of Art, Cotton was compelled to break free from the status quo.

A chance engineering lecture showed her a way out. 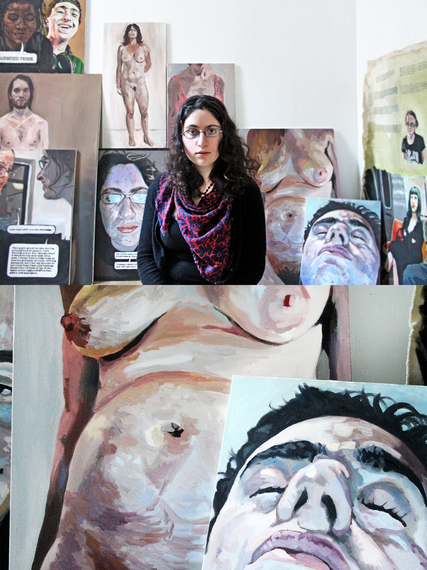 "I'm grateful for the education, but I was frustrated with the art school. I started looking elsewhere and became interested in what the engineering students were doing."

Cotton followed her curiosity to one of the engineering school's public lectures. What followed would set the tone for the rest of her undergraduate career. Her ventures into the realm of STEM would have her taking engineering and computer science classes, building robots and exploring the exciting possibilities when art and science overlap. What started out as a shy flirtation with technology blossomed into a full-blown romance, and by her second year at Cooper, she was sold.

"Honestly I have such a long way to go on this stuff, but I don't like asking for help unless I really need it." 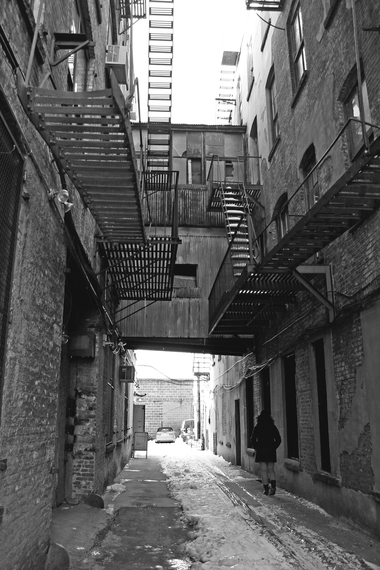 At length she takes me on a tour of Gowanus, a neighborhood she frequently roams for inspiration. There, she laments, the dilapidated industrial mainstays are losing their original integrity to the ever-growing specter of gentrification.

Cotton's sensitivity to this problem stems from a deeper interest in resolving social issues. Though her work is predominantly autobiographical, Cotton uses her relative experiences as points of departure to better engage the world at large. 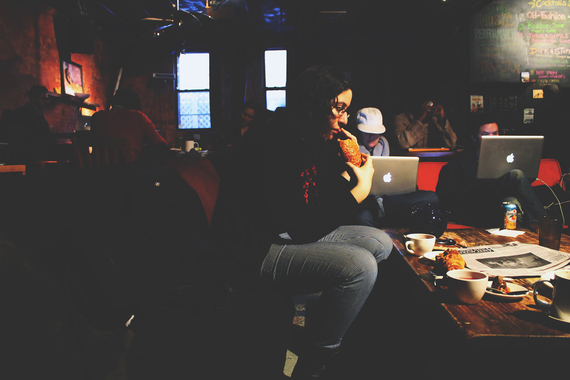 Her work has an endearing albeit off-kilter quality that's hard to miss -- one that likely drove Cotton to the intersection of art and everything else in the first place. However it manifests, be it an interactive set of dolls or a series of sketchbook illustrations, her projects are steeped in her very own brand of satire, which makes sense since her primary goal as an artist is to reform attitudes held by collective consciousness.

A recent trip to Israel by way of Birthright reconnected her to the Jewish culture, and the experience yielded insights on the dangers of unfounded myths. For this reason, all of history's legacies are up for review: From seemingly harmless stereotypes to deeply entrenched beliefs in our contemporary ethos, Cotton analyzes the dynamics that divide demographics and employs suitable ways to turn them into thought-altering spectacles. 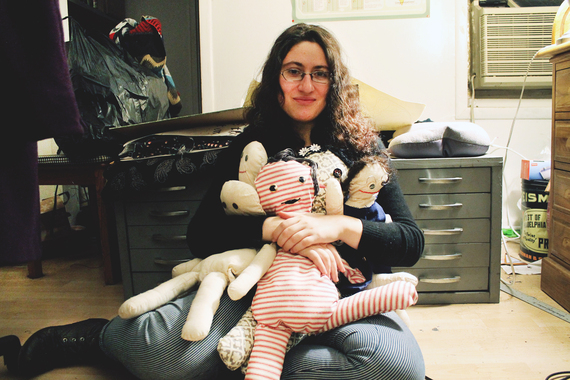 So, what exactly is Ariel Cotton? An artist? a technologist? an inventor?

In this nascent stage of her career, Cotton is still experimenting with the different ways she can advance her ideas. And since her personal philosophy already turns a blind eye to discrete divisions, the nature of her work is inherently interdisciplinary. In Cotton's hands, art, just like technology and everything else under the sun, is one of many tools that functions to articulate her concepts.

At times challenging, at others surprising but always rewarding, Cotton describes her process as a "labor of love." And with the help of friends, coworkers and even her partner Dmitry, an engineer in his own rite, the fruits of her labor are truly remarkable (see video below). 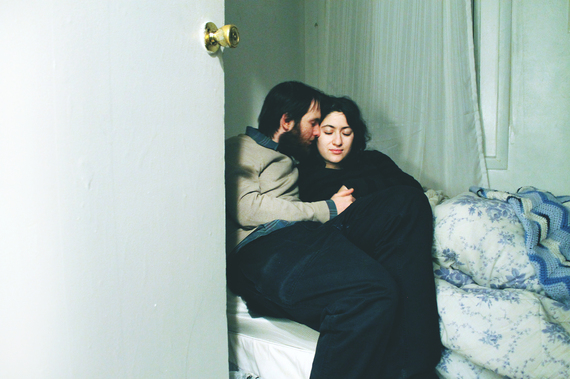 I ask Cotton about the future. "It's a huge world," she says. "I have so many days when I lose faith in myself. It's difficult to express your ideas in such a new and unconnected media, so it's going to be challenging."

Arguably, she's already proven her salt. In both thought and practice, Cotton has demonstrated a special aptitude for creating opportunities beyond traditional routes -- and indirectly, she's even inspired others (namely other students) to take a cue.

As we circle back to her studio, Cotton tells me about plans of travel, an art residency in Germany she's considering and a number of solo exhibits she's gearing up for. Between an insatiable curiosity, a diverse suite of skills and an optimism that's rare to come by, the work Cotton is bound to produce in the years to come is truly something to look forward to.

To learn more about Cotton, head on over to her official website.