Arizona has added a potent new weapon to its arsenal for tracking down dads delinquent in their child support payments: hashtags.

The state Department of Economic Security on Monday began tweeting names and photos of fathers who have had trouble paying child support, along with the amounts they owe. Each tweet ends with the same shame-inducing hashtag, "#Deadbeat."

Gov. Doug Ducey (R) announced the program in his state of the state address this week, saying it's aimed at "fathers out there who aren't meeting their obligations."

"For too long, you've been able to remain anonymous, able to skirt your financial and legal responsibilities with no shame," Ducey said, addressing the fathers directly.

If you don't want your unlawful and irresponsible behavior going viral: Man up, and pay up. #AZontherise #deadbeat pic.twitter.com/5qhKrYF2a4

Department of Economic Security communications director Tasya Peterson told HuffPost in an email that officials aren't trying to shame every person who is behind on child support payments -- only those that fit certain criteria. Fathers must have had a warrant issued for their arrest, be more than $5,000 behind in payments (and not made any payments in the last six months), not be involved in bankruptcy proceedings or be receiving welfare, and not have made their location known to authorities.

"The non-paying parents ... do not represent those with the highest amounts owed or the most egregious circumstances," said Peterson. "Rather, they are featured to enlist the help of the general public in locating these parents."

Since 1999, Arizona law has required state government to post the identities of child support non-payers on the Internet on a quarterly basis, Peterson said.

The new program takes it a step further.

Which is not to say that makes it any more effective, critics said. Shaming those who can't pay (versus those who merely don't want to pay) may diminish the likelihood they'll find employment, which further decreases their ability to pay.

"These are parents who, for whatever reason, may not have jobs, and there are lots of Arizonans who may not have jobs," state House Democratic Leader Eric Meyer told CNN. "So if you don't have money to pay the bills, yeah, you're a 'deadbeat dad,' but [the families] are not going to get any money anyway.

"There are all kinds of potential legal concerns surrounding public shaming and I don't know that there's any evidence that it works," Meyer added.

ACLU attorney Lee Rowland cautioned against publicizing everything in a 2014 article.

"Once a government record is put into the public's hands, it's fully protected under the First Amendment," Rowland wrote. "We should be thoughtful about the records we make public, because you can't ever rebottle that genie."

PHOTO GALLERY
This Is Single Parenting
Download
Calling all HuffPost superfans!
Sign up for membership to become a founding member and help shape HuffPost's next chapter
Join HuffPost 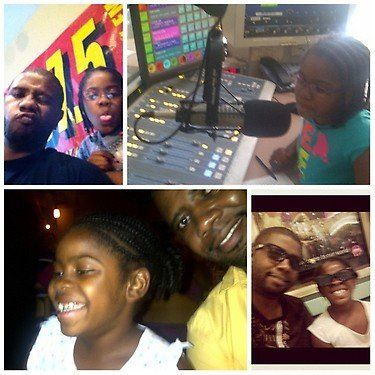