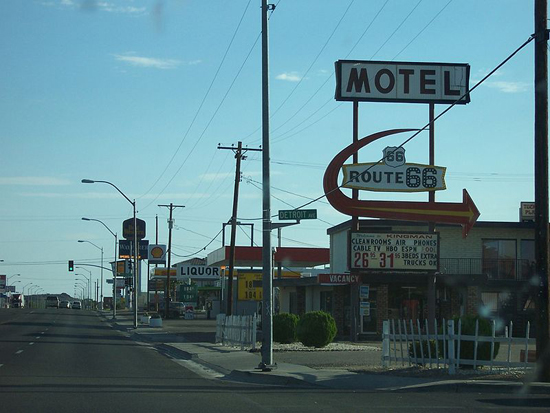 A Kingman, AZ, witness reported watching an object on the ground at a distance that glowed just before lifting off from the desert floor about 3:33 a.m. on April 10, 2013, according to testimony from the Mutual UFO Network (MUFON) witness reporting database.

The witness was looking "north to east across the valley" when a dim light was first noticed that appeared to grow brighter.

The witness states that he has seen similar objects taking off from the ground level in the same area in the past. No photos or videos were included with MUFON Case 46727. Kingman is a city in Mohave County, Ariz., population 28,279.

"I looked out of my window and observed a dark craft of triangular shape flying roughly 100 feet above tree top level, moving steadily along a southwest heading," the witness stated. "It had a red signal light at the center of its ventral surface and white running lights on all three points."

The witness assumed the object was an aircraft in distress and ran outside for a better look: "I live along a residential lake of respectable size with houses close together. While looking for the craft, I saw three more craft of the exact same configuration at approximately the same altitude (100 feet above tree top) and all of them were following the same southwest heading."

One of the objects moved over the witnesses' home.

"One passed over my house and I clearly saw a dark hull. It was a solid craft."

The witness lost sight of the four objects as they moved out of his line of sight.

The witness was outside when the object was first noticed:

"The flight pattern was straight up to the sky, coming straight towards me at a alarming rate like nothing I've ever seen before," the witness stated. "I thought it was a nuclear bomb. Then all of a sudden it reduces its speed and slightly turns like a motorcycle would, and then increases speed again and is headed to a whole other direction 90 degrees right of them."

The witness described the object:

"Then the spacecraft moved as if it wanted to be seen, was like a dish with a top as usually interpreted. Blue lights circulating the dome and every turn a white light sparks. You can clearly see the shape of the object because of how clear it was. The blue was vibrant and different. I liked it. I'm just a young man from Baltimore. I have a great video. I promise on my life I will drop dead right now if I'm exaggerating anything."

The witness video can be downloaded at this link. The above quotes were edited for clarity. Daily UFO Traffic Reports are posted at the National UFO Examiner home page.