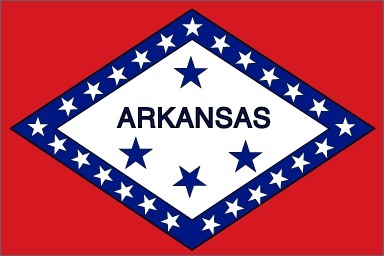 The Arkansas House of Representatives passed a bill on February 23rd that could allow employers to require people who work for schools, religious organizations, summer camps and other youth-serving organizations and businesses to "friend" their employer so that the employer has access to social media posts meant for personal friends.

The stated purpose of House Bill 1087 is to protect children by allowing employers in youth serving organizations to see if an employee or potential employee is posting creepy or inappropriate content or discussing things that may be inappropriate or even dangerous to young people.

While well meaning, the bill, which is scheduled for a Senate committee vote on Wednesday, opens up a Pandora's box that not only violates the privacy of employees but also adds security and even safety risks to both adults and teens who work for these organizations and businesses.

It's actually an amendment to a privacy bill that went into effect in 2013. The original law prohibited employers from requiring workers or applicants to turn over their social media usernames or passwords or to "add an employee, supervisor or administrator to the list or contacts associated with his or her social media account." The new legislation, which passed the House by a vote of 90 to 1, deletes the part about social media contacts for people who work for religious organizations or "an entity responsible for the care and supervision of minors, including schools, daycares, summer camps, and other similar programs."

In a TV interview, the bill's author, Representative Nate Bell, stated "we want to move the line back so if an employee is making slanderous statements about their employer in social media, that the employer has the right to know that."

There are two problems with this statement. First, the bill applies to private postings, not ways that people might "slander" their employer in public. If something is posted publicly then there is no need for such a bill. Employers (and everyone else) already have the right to view what people post publicly. But if it's about an employer being added to a person's contact or friends list, it would be analogous to insisting that the employer be able to listen in on private conversations between friends.

What's more, Bell's explanation about protecting employers from slander has nothing to do with the bill's stated purpose of protecting children.

As a child safety advocate -- I'm CEO of ConnectSafely.org, founder of SafeKids.com and on the board of the National Center for Missing & Exploited Children (NCMEC) -- I fully understand the need to protect children from online and offline abuse. But there are ways to accomplish this without risking the privacy, safety and security of people who work for youth-serving organizations. NCMEC, for example, recommends background checks for any employee or volunteer who might have access to children.

It's very common for teens to work for organizations and businesses that serve young people and this bill would apply to minors as well. If the bill were passed, an employer could require a teen to provide an adult employee or supervisor access to his or her social media account that could result inappropriate contact between the adult and the teens and -- at the very least -- give the adult access to private information that that teen shares with friends. It would also give the employer access to photos of the teens and his or her friends as well as posts from the teen's friends, jeopardizing the privacy and safety of teens that don't even work for the organization.

The law also sends the wrong message to teens and others who use social media about being smart about who you share with. ConnectSafely.org and most other Internet safety groups advise teens and adults to be very careful about who you "friend." In our Parents' Guides to various social networking services we suggest youth take advantage of each service's privacy settings to restrict who can access their content and we definitely don't encourage anyone to share content based on threats or intimidation, which this bill encourages by allowing an employer to insist on access as a condition of employment. No one should have to share content with a person just to avoid being fired.

Note: This article was edited slighted to make it clear that the new law would allow employers to require workers to friend them.

Disclosure: Larry Magid is CEO of ConnectSafely.org, a non-profit organization that receives contributions from some social media companies.