Visitors to Thorncrown Chapel in Eureka Springs, Arkansas will probably be struck by two things: the immense glass walls and ceiling and the dense forest visible all around. This was the dream of Jim Reed, a retired school teacher who envisioned a glass chapel that would inspire his friends and visitors by being "so close to God." 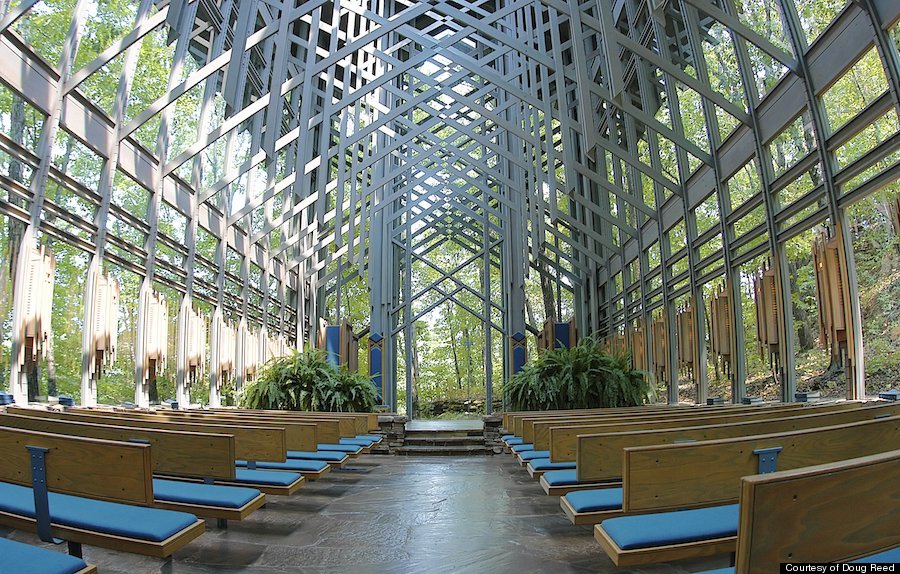 Reed wasn't a particularly religious man, according to a brief history written by his son and Thorncrown pastor, Doug Reed. In fact Reed had originally bought the land in order to build himself a retirement home, expecting to live out the rest of his days among the majestic Ozarks.

"[Jim] wasn’t the only one who admired his location, however, and people would often stop near his house to gain a better view of the beautiful Ozark hills. Instead of fencing them out, Jim chose to invite them in. He decided he and his wife should build a glass chapel in the woods to inspire their visitors." 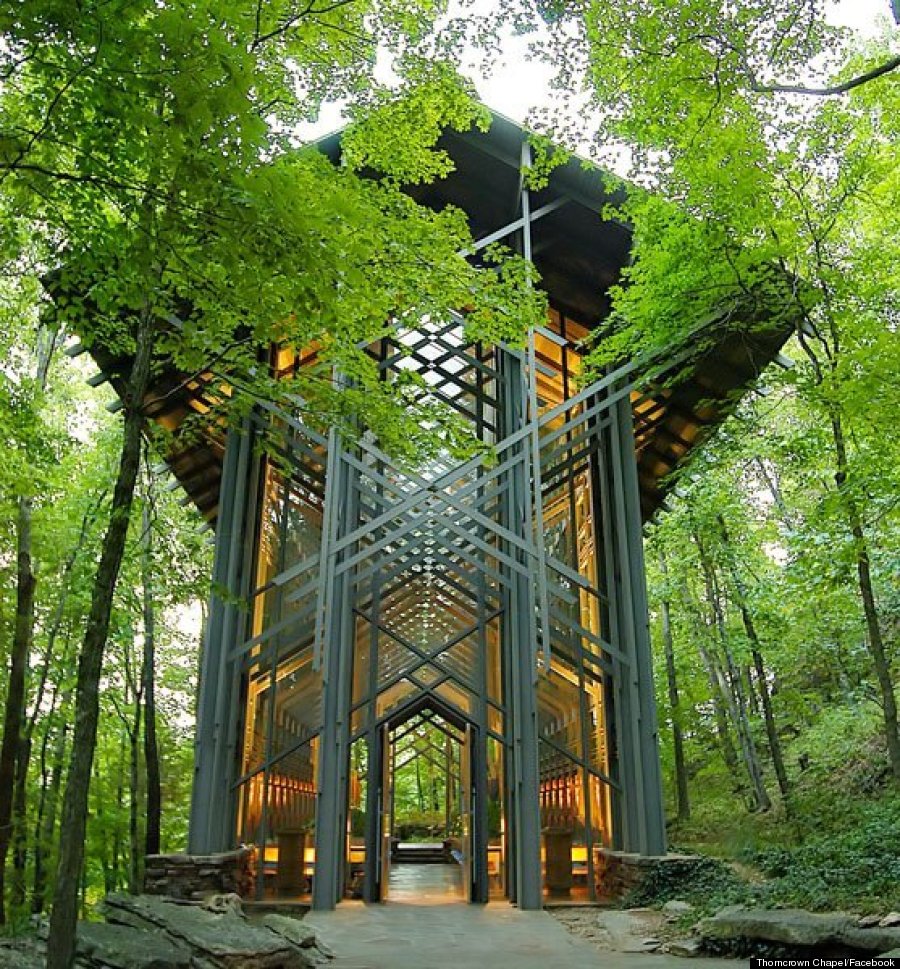 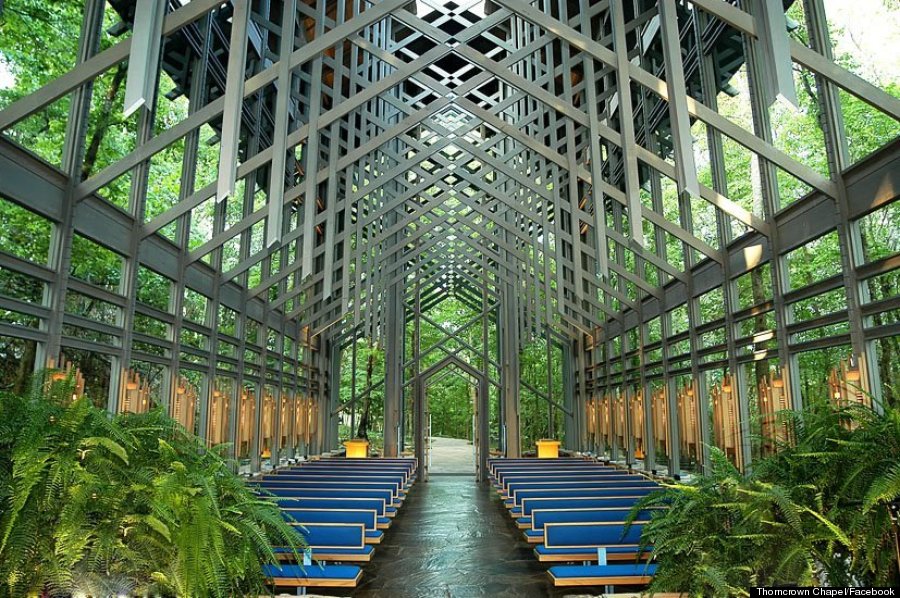 Reed joined forces with architect E. Fay Jones to realize the vision of Thorncrown Chapel. Throughout the process of building it, the younger Reed writes, "it seemed God’s hand was in everything." From finding a location to dealing with funding issues, Reed had several experiences that seemed to indicate "divine" intervention.

"Though [Jim] was alone, he felt like someone was gently pushing him, as if to say, “Walk this way!” When Jim reached Thorncrown’s current site, the urging stopped. He looked around. Before him was what looked like a natural stone altar. To his right stood majestic rock bluffs and to his left was a beautiful wooded setting. There was no question that this was the spot, and Fay agreed." 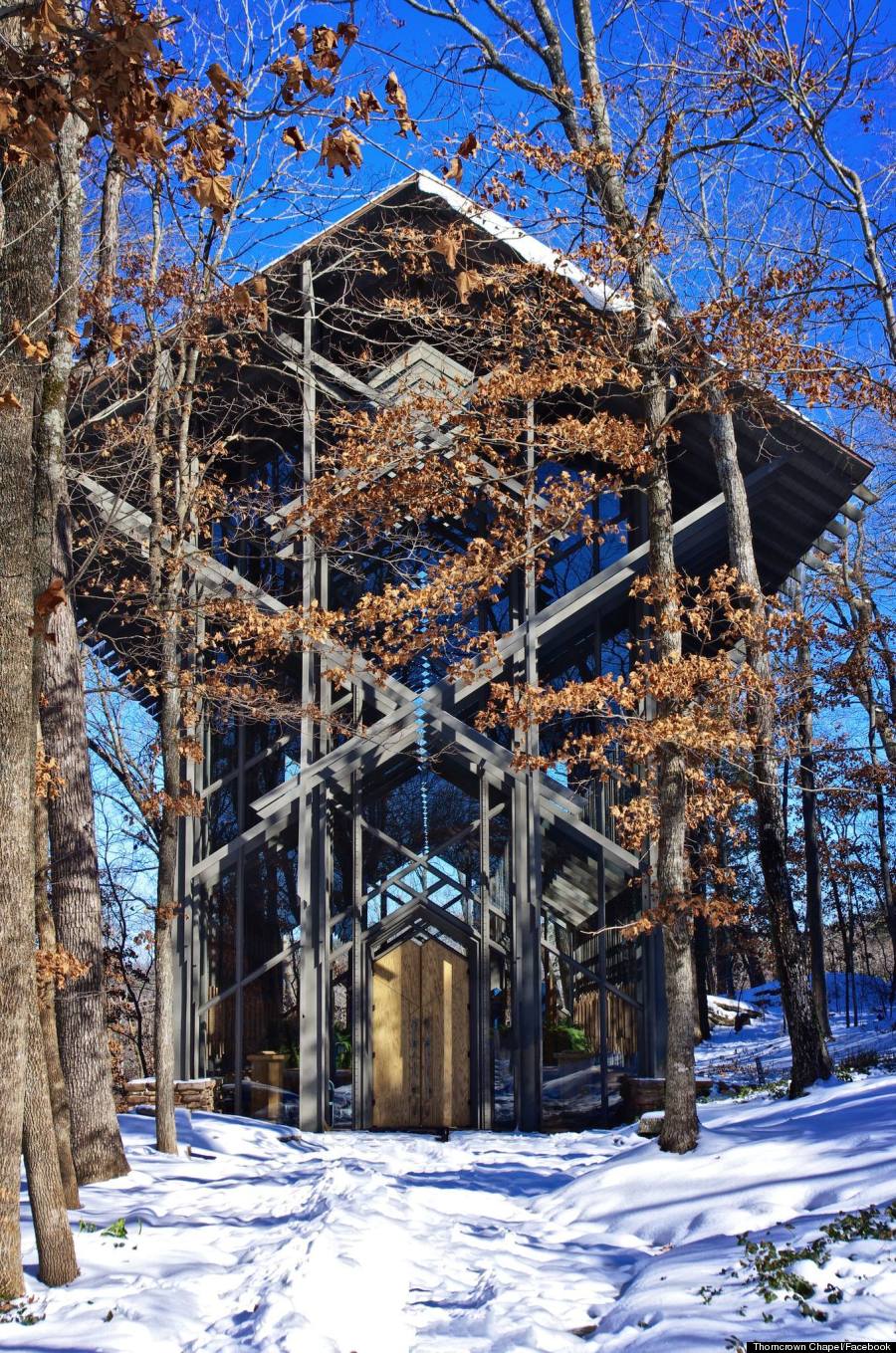 When funds began running out, Reed considered quitting the project. His son describes what happened next:

"Jim stepped out one evening to take what he thought would be one last walk down to his half-finished dream. He told himself that he would allow himself one final look and never return. Questions filled his mind: 'Why would God do this to someone who is trying to serve Him?' 'Why would the Lord give a person a great idea and then abandon him?'

Then, just as Jim was about to leave his dream behind, he did something he had never done before. On the still incomplete altar, he fell on his knees and he prayed. And though Jim had prayed before, it was never on his knees and never like this. He wept and cried, and in the midst of his travail, he found he was not alone."

Reed's son characterizes the moment as a "revelation" that ultimately gave him the strength to move forward with the project.
Reed realized, his son writes, that "he had a relationship with Christ that would change his life." Three days later, Reed received a loan that was enough to cover the chapel's final expenses. 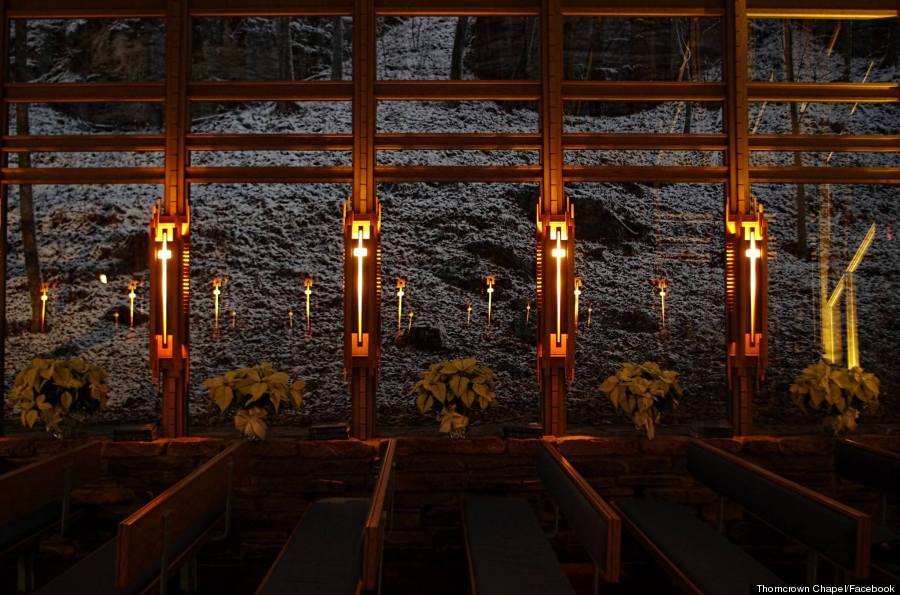 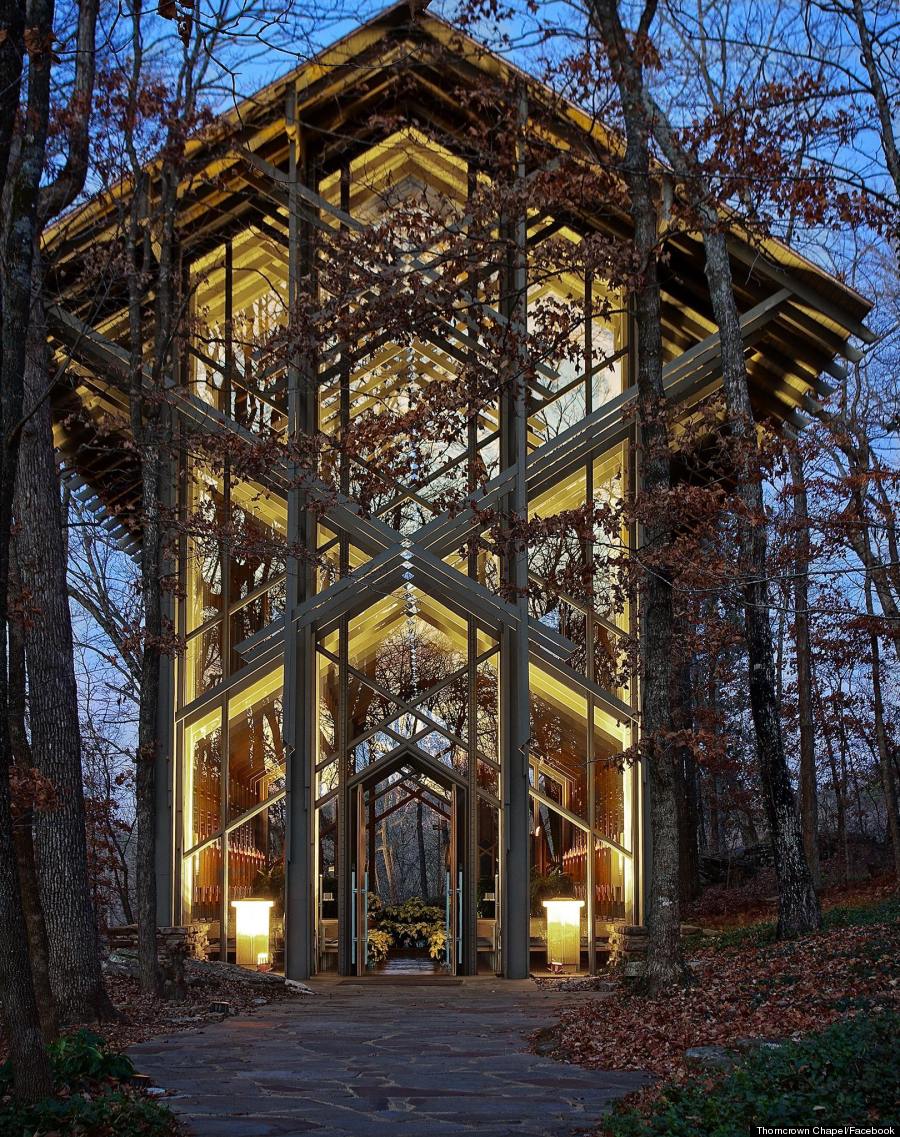 In 2013 a proposed Southwestern Electric Power Co. power-line project threatened to impede Thorncrown Chapel's peaceful setting but was defeated -- at least temporarily -- by a grassroots coalition that included The American Institute of Architects. 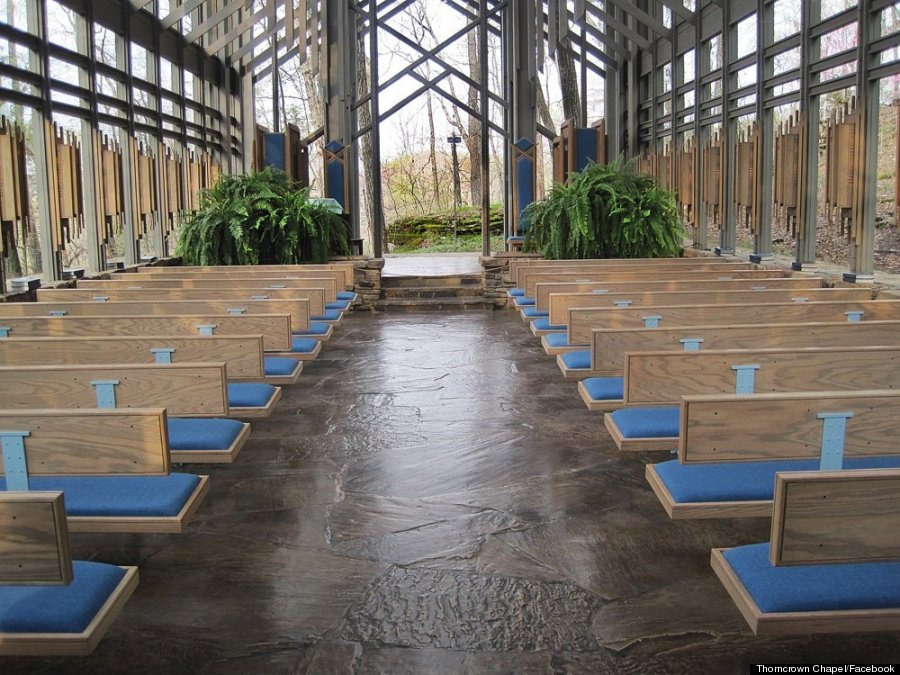 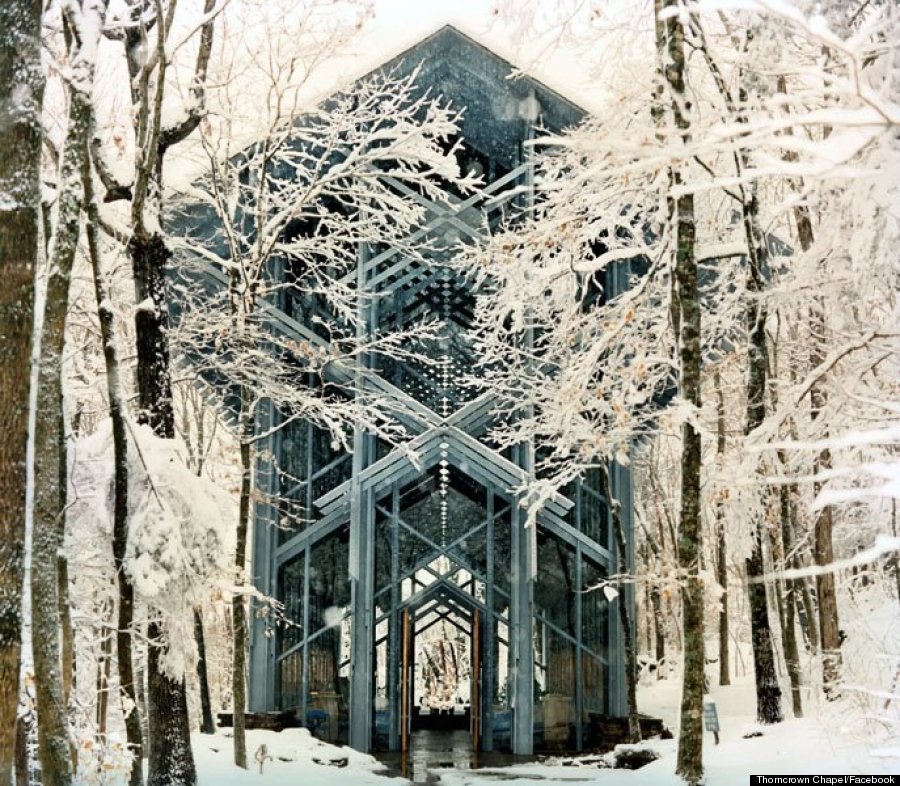