April 24, 2015 marks the centennial of the Armenian Genocide. On that day in 1915, roughly seven hundred Armenians from Constantinople were massacred by the Young Turks, a nationalistic political movement that wanted to make the Ottoman Empire a country organized around a constitutional government. This terrifying moment provided the impetus for the event that we call the Armenian Genocide, which violently ended the lives of a total of approximately 1.3 million people.

The twentieth century began with this shameful crime against humanity, which predated the Holocaust by twenty-five years. Even today, however, there exists a strong current of denial and disbelief about the massacre Armenians endured. Turkey has never formally recognized the Armenian Genocide, and continuously makes efforts to belittle the extent of the tragedy, minimizing the total number of deaths in an arbitrary and conspicuous manner. 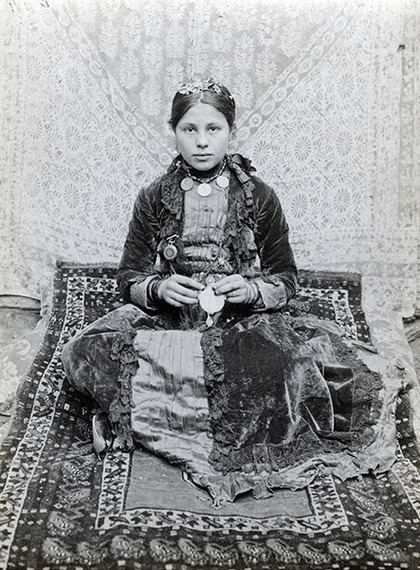 There can be no doubt that such a harrowing tale of injustice needs to be at the center of a work of memory, for both sociopolitical and artistic reasons. There are not many cinematographic works on the subject. I can think of only a few, the most significant of which may be: Ararat (2002) by the Canadian Atom Egoyan (born in Cairo, Egypt, of Armenian parents); La masseria delle allodole (2007), by Paolo and Vittorio Taviani; and The Cut (2014), by Turkish-German filmmaker Fatih Akin. 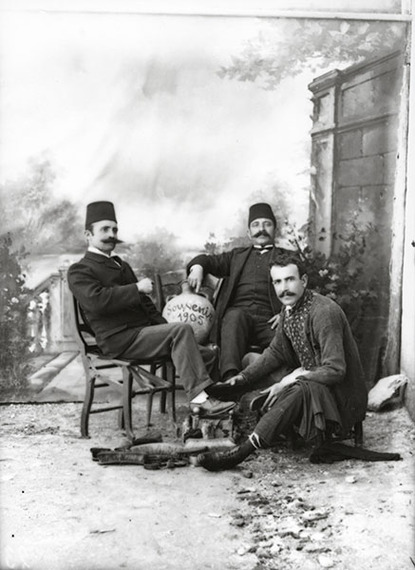 A photography exhibit in Milan, held at the Civico Museo Archeologico some twenty years ago, displayed eight images taken by German photographer Armin T. Wegner (and others) from 1915 to 1916, the period during which the deportation and massacre of Armenians was reaching frightening proportions. 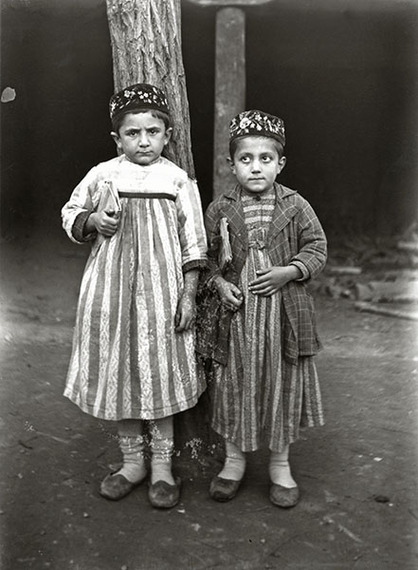 Today, in honor of the centennial of this crime, the Musée de la Photographie di Charleroi in Belgium has organized, in collaboration with the Boghossian Foundation and the Università Saint Joseph in Beirut, an extremely interesting exhibition entitled "Les arméniens - Images d'un destin 1906 - 1939 (The Armenians - Images of Destiny, 1906-1939)," which focuses on photographs recovered from the photo archives of the Oriental Library at the Università Saint Joseph.

The photographs were taken by Jesuit missionaries, including Antoine Poidebard and Guillaume de Jerphanion, and, over a broad period of time, highlight the dramatic repercussions persecution had on the Armenian population, even prior to 1915. The exhibit also showcases works that portray the places, villages and towns where the Armenians lived. Whether these were villages lost among the mountains, or neighborhoods in Turkish cities (for example Adana), the viewer feels as though he is witnessing a community with its own local history and traditions, and which was brutally uprooted and eradicated. 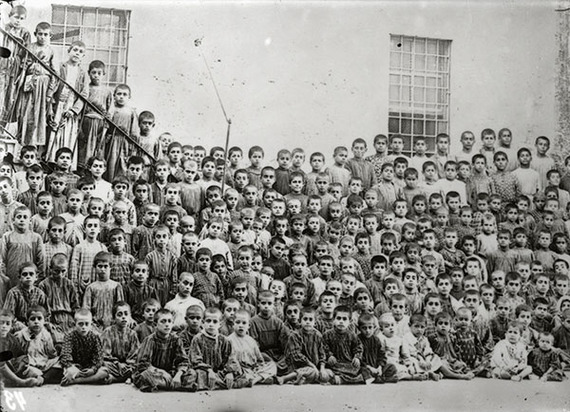 Anonymous - Armenian orphans of Tarsus (Tarsi) after the Adana massacres in 1909. With permission from the Musée de la Photographie Charleroi

The simple, serious dignity of several very young students from the city of Tokat, photographed by Antoine Poidebard, is set against the enormous mass of orphans captured in Tarso following the massacre that took place in 1909 in Adana. Later in the exhibition, a shoeshine man is captured as he's working, counterbalanced by a young, proud Circassian woman looking into the camera, seemingly communicating with the viewer directly. 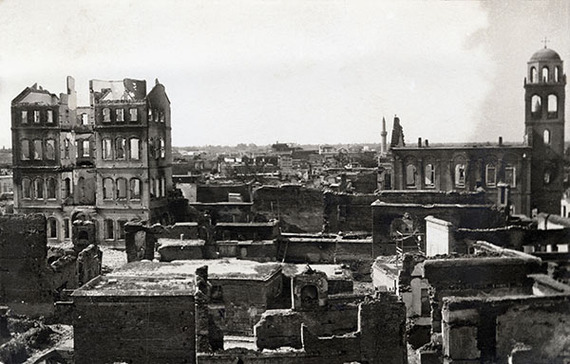 Anonymous - The Armenian quarter of Adana burned during the 1909 massacres. With permission from the Musée de la Photographie Charleroi

Today, thanks to works like these, it is possible to truly understand the importance of human memory. The Armenian Genocide cannot be left to sink away into silence. The visual arts must strive to play a key role in the transmission of memory, especially to younger generations, as they have in disseminating a global understanding of the Holocaust. In this sense, photography and cinema can help jumpstart that extremely important process that we can define as actualization of the past; a process that transforms the memory of a tragedy from a purely historical, museum-worthy subject of in-depth analysis for specialized scholars -- distant from the rest of us, and destined to be forgotten -- into a dramatic, agonizing phenomenon experienced in the present day. It must become an element of our shared memory. And as such, it cannot, must not be erased and forgotten.

This piece was originally published on HuffPost Italy and was translated into English.