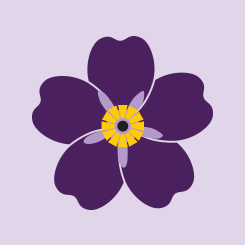 Last Sunday I, along with other Armenians from across the globe, sat in St. Peter's Cathedral in the Vatican City and listened to Pope Francis call the Armenian Massacre of 1915 the first Genocide of the 20th century. Words quickly heard around the world, words that have brought about discussion, words that pushed humanity closer to understanding and acknowledging the truth. I attended the Holy mass because I'm a second generation Armenian-American and, having been raised with the truth about the Armenian genocide, I wanted to witness this historical pronouncement.

In the 1890s, my grandparents were born in Ankara and Malatya, Turkey and in Van, Armenia. In the early 1900s they lost family members, their homes, their country, their right to worship their Christian religion and their freedom to speak the Armenian language -- tongues would be cut out by the Turks for doing so. What they never lost was their dignity or the memory of those terrifying acts committed by the Young Turks against their people.

Because young Armenian men were the first to be taken into the Turkish Army, and few if any returned, in 1908 at the age of 16 my maternal grandfather and his twin brother left Malatya, Turkey, to live in the United States. My great grandfather, a school Principal in Malatya, had previously visited the United States, and decided to send his eldest sons ahead of the rest of the family to live with their uncle in Philadelphia. The entire family, 10 in all, planned to move to America the following year. Instead, one evening, while seated at the dining room table in their home they were all massacred. This was 1909 and, apparently, my great grandfather was one of those intellectuals that the Young Turks wanted out of the way. Because of destiny, and an astute decision on my great grandfather's part, my grandfather and his brother survived. Only because of that decision am I here today. Therefore, it's my duty as an Armenian and as an American to tell you this story.

In the late 1910s and early 1920s, one-by-one, my other grandparents immigrated to the United States, too. They set up small businesses in Philadelphia and Los Angeles. They worked hard and never asked for a handout. My maternal grandfather became a tailor, and often pressed military uniforms for U.S. soldiers. He was a religious man, and received a letter from President Truman thanking him for the notes of inspiration, slips of paper, which he left in the soldiers' uniform pockets. He loved America as much as he missed his family and his mother country. He held on tight to his faith and to a democratic way of life and thought. He died in 1966 never having heard a single country recognize what he knew, that his personal losses were due to genocide.

But my grandparents looked to the future and sent their children to public schools. My father joined the Navy and fought in WWII, and then became a Los Angeles County firefighter. My mother was a secretary to Naval Officers in Philadelphia. After she married and until she retired, she worked for the County of Los Angeles in health services. Now, at the age of 90, she is the most democratic Democrat I have ever known. She raised me and my siblings to honor our Armenian culture and to love and believe in the United States of America. We understood how fortunate we were to live in a country that gave us liberty and opportunities. A life 1.5 million other Armenians never had.

Mr. President, though I live in Italy, in 2008 I tirelessly campaigned for you with the grassroots group Americans in Italy for Obama and by phone banking at your campaign office in Norristown, Pennsylvania. In 2012 I campaigned for you with the Venice, Italy Chapter of Democrats Abroad. I did this because you were the best candidate I had ever had the honor of voting for. I believed in you, as I do today. I have supported you every step of the way, and I traveled to Washington, D.C. for your second Inauguration. I was there, in the audience, proudly celebrating your victory. However, during both campaigns, many of my Armenian-American family members and friends weren't as convinced to vote for you as I was. I worked with them, spoke with them, debated with them. I posted on social networks; I organized the Gondoliers in Venice for Obama YouTube video which immediately went viral. Yet what convinced those Armenian friends and family members to vote for and not against you was your promise to recognize the "Armenian Question" as genocide.

April 24, 1915 marks the start of the mass killings of Armenians; a day when several hundred Armenian intellectuals were arrested and later executed. Earlier massacres of Armenians occurred, including that of 1909 when my family members were victims. Now, one hundred years later, the words "Armenian Genocide" are being expressed by influential and revered countries and leaders of the world. Since Pope Francis spoke them last Sunday, they have occupied International headlines. I ask you, Mr. President, isn't it time to make good on your promise?

I understand today's Turkish population is not to blame for their forefathers' horrific actions and many Turkish scholars and civilians would more openly address the truth if allowed to do so. I also understand Turkey is a strategic ally to the United States and Europe. However, how trustworthy is any relationship if it's threatened by the recognition of an uncomfortable truth?

On behalf of my great grandparents and my grandparents, on behalf of all Armenians whose families have stories like mine, on behalf of populations who are now enduring similar atrocities around the globe and those who, because of our silence, risk the same in the future, I implore you to address this solemn 100th anniversary with the singular word which honestly describes the events that followed April 24, 1915. That word is genocide.

With respect and admiration,