One person who isn’t buying into the buzz, however, is James Woods. The 70-year-old actor, who is known for his conservative views, blasted the film for its portrayal of a romantic relationship between a 24-year-old academic (Hammer) and a 17-year-old American expat (Chalamet) living in Italy.

As they quietly chip away the last barriers of decency. #NAMBLA https://t.co/WqAnYxB604

Woods hashtagged the tweet #NAMBLA, an acronym for the North American Man/Boy Love Association, an organization that has spoken out against age-of-consent laws and supported incarcerated individuals who identify as “boy lovers.”

As it turns out, the star of “The Lone Ranger” and “The Social Network,” who is married to Elizabeth Chambers, wasn’t far off. When Woods was 59, he was romantically linked to 19-year-old Ashley Madison. In 2013, at the age of 66, he dated Kristen Bauguess, who was then 20.

“Joan of Arcadia” star Amber Tamblyn responded to Hammer’s tweet with an eyebrow-raising claim of her own about Woods.

James Woods tried to pick me and my friend up at a restaurant once. He wanted to take us to Vegas. "I'm 16" I said. "Even better" he said.

As for Hammer, the film “challenged and pushed” him as an actor. “To be perfectly honest, I think the reason I took this movie, and the reason I had to take this movie, is that it scared me,” he told People. “I couldn’t be more thankful for the experience.”

Catch the latest in LGBTQ culture by subscribing to the Queer Voices newsletter. 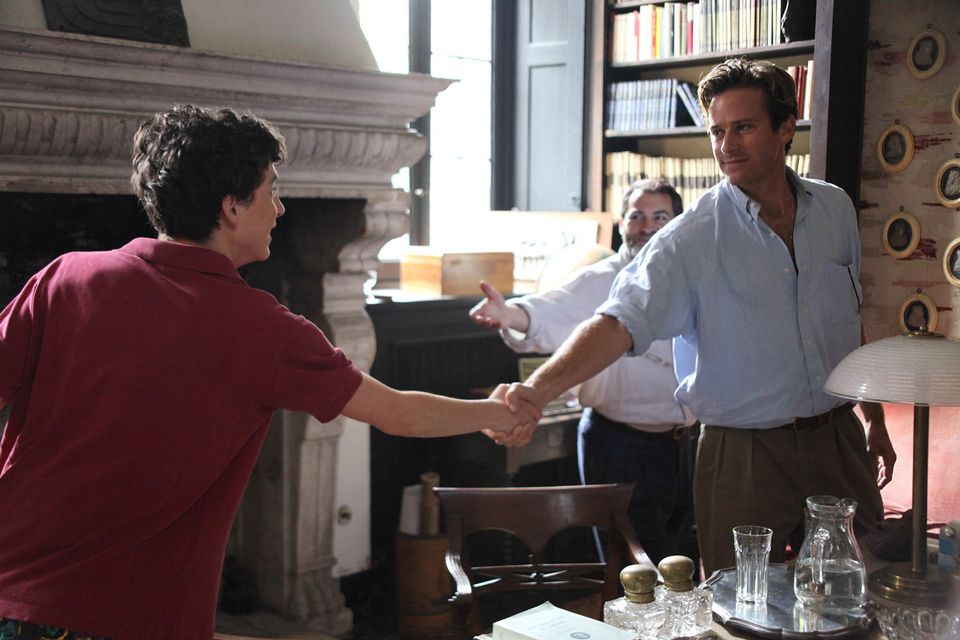