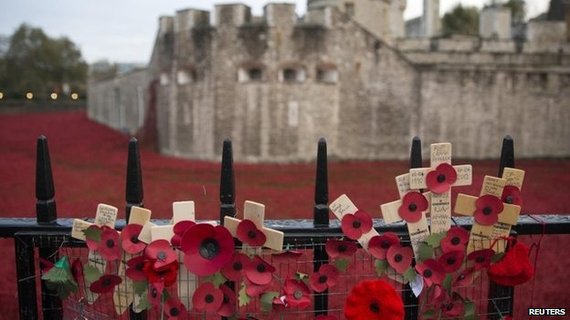 Ninety-six years ago, east of Verdun, France, at roughly 10:45 a.m. on the 11th day of the 11th month of the year, the artillery battery manned by a young Harry Truman fired its last barrage. Across the line, not long before, a German soldier fired a final salvo from his machine gun, tipped his cap, bowed, and walked away from the front. At 11 a.m. the major powers of what was then thought of as the Great War, or the war to end all wars, officially ceased hostilities. This was the day the Armistice took effect. It is now better known in many nations as Veterans Day.

But of course this is not just a day to celebrate. We should ask, why did Truman's battery, that German soldier, and millions of others, continue to fight, kill, and destroy until -- and even beyond -- the last moments when they knew it was about to end officially?

These final acts marked what Martin Gilbert aptly termed the "self-perpetuating futility" of the war.

Given miscommunication and the remarkable expanses covered by the conflict, it is little wonder that in areas such as off the coast of South America, in central Albania, or in east Africa where German troops and their African allies were still on the march, the fighting continued. Deaths, casualties, and losses still mounted.

While people in the U.S. are noticeably under-informed about the causes and consequences of WWI, they also are quick to celebrate the heroism of the nation's military veterans. However, worldwide remembrances of the war -- such as the striking "Blood Swept Lands and Sea" red poppy exhibition at the Tower of London, and in places from England to France to India to Japan -- if still partial, are indicative of a different, more melancholic relationship to the war. In fact, I would draw up and join many scholars in asserting that virtually everything that happened in the remainder of the century after WWI was -- in one way or another -- a consequence of, or more precisely an outcome at least partly generated by WWI.

To name just a few of these: the Bolshevik Revolution in Russia, the Great Depression, World War II, the Holocaust, the development and use of the atomic bomb, the Cold War, the collapse of European colonialism, the rise of nationalist movements in Asia, Africa, the Middle East, and Central and South America, and the list could go on. WWI reshaped the world.

This is no new insight. At the time it was fought, what rapidly came to be called the "Great War" was widely understood not just as a "world" war but also as an "epochal" moment in world history. It was the first "total war" in which entire nations, industrial plants, and peoples could be organized toward the waging of war. The peacemaking, too, generated a global flood of new thinking, which Erez Manela aptly termed the "Wilson moment." Anti-colonial nationalism developed and deepened. A new generation of leaders -- Nehru, Gandhi, Rhee, Ho Chi Minh, and Mao, among others -- came to the forefront as quasi-Wilsonians. They adapted and pushed for their own distinct visions of "self-determination" in still-colonized and colonial areas such as Korea, China, India, Egypt, Vietnam, and elsewhere.

Why do we tend to miss this now? Largely because it was only in the period after WWII that WWI came to be portrayed primarily (and mistakenly) as a European conflict, in direct comparison to the even more devastating and all-pervading Second World War.

A glance at the numbers reveals the staggering, horrifically vast global scope of the war: WWI killed so many people -- more than 9 million soldiers, sailors, and flyers and another 5-to-7-million civilians -- that it lead to what many in the 1920s called the "lost generation" bringing with it a level of personal trauma and devastation that cannot be adequately conveyed. Roughly 11 percent of France's entire population was killed or wounded; roughly six percent of Germany's population was killed or wounded. And less well-known is the fact that more than a million Indian soldiers served overseas in the war; hundreds of thousands of Africans and SE Asians also fought. 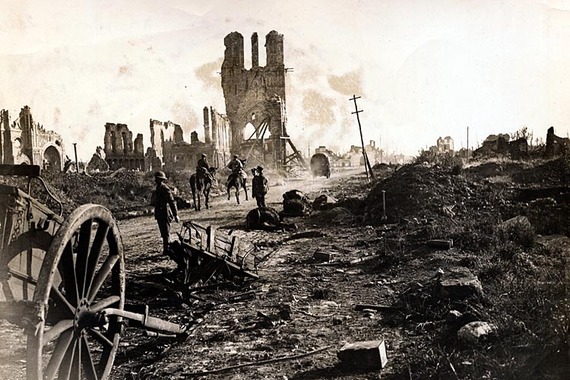 These regions and peoples felt the war's costs in different ways from those in Europe, ways that Paul Saint-Amour has described as the "partialty of total war" that endured well into the so-called "interwar years." And the overall price of the conflict was more in money and material than any previous war in history. The devastation, in turn, left open the room in the international system for the continued rise of the U.S. as an international financial, commercial, and military power.

It was a war in which chemical weapons were first deployed on a large scale; new weapons and tactics of modern warfare, such as innovative forms of artillery and machine guns, flamethrowers, tanks, submarines, and airplanes brought about annihilation on levels never seen before in human history.

None of this takes into account the deaths in the Russian Civil War, the Third Balkan War, and the Armenian genocide, which directly resulted from the conflict. Nor does it account for the widespread famine or the 1918 influenza pandemic which killed roughly 50 million people around the world, and which was spread in part by conditions at the front, in military camps and on transports, and by soldiers in transit.

But numbers do not do justice to the depth and breadth of the devastation nor to the personal trauma inflicted by the war. Euro-centric and nationalist historical memory also tends to miss the essential point of the unfathomable global effects of the war. Consider, for instance, the worldwide costs depicted in this striking cartographic representation of the Tower of London poppy exhibition if it included all of the worldwide casualties.

It has been 100 years since the outbreak of WWI reshaped the world. Let us remember that the war's horror was global.

CORRECTION: An earlier version of this post incorrectly referred to Paul Saint-Amour as Paint Saint-Amour.

Associate Professor of History, Director Center for the Humanities