A robber wielding a gun in each hand brazenly held up an armored truck in Miami this morning, the FBI reports in a press release.

The pistol-packing thug approached the truck at about 9:20 a.m. near a Regions Bank branch and demanded a courier bag containing an undisclosed amount of money. There were no injuries and no shots fired, according to the release.

Police haven't yet made any arrests, but the FBI released photos taken from nearby security cameras, featured below. 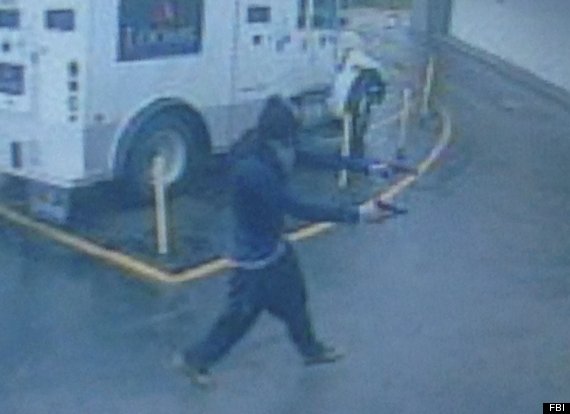 The suspect is described as a black male, about 5-foot-11, wearing a dark colored hoodie, dark pants and a cloth bandana over his face. He was the passenger in a getaway vehicle that the FBI believes is a late '90s green four-door Pontiac, possibly a Grand Am or Grand Prix, with tinted windows. The vehicle was last seen traveling northbound on Northwest 6th Court, then east on Northwest 60th Street. 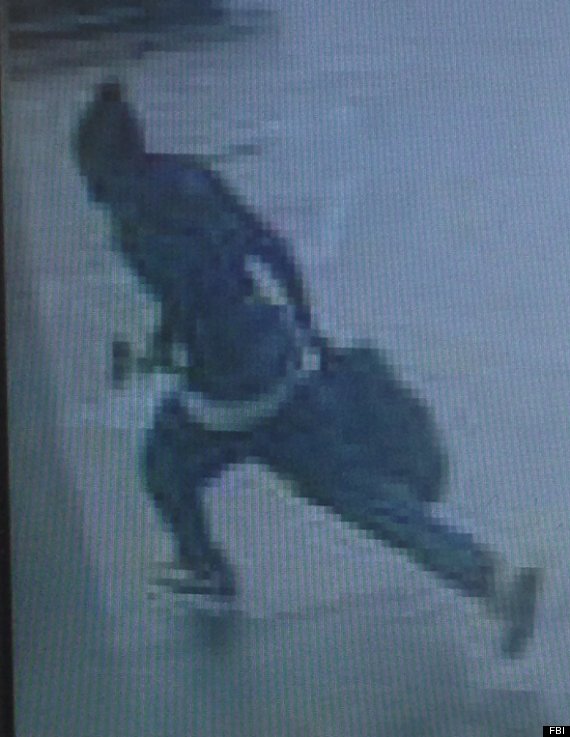 Armored Truck Robbery In Broad Daylight; FBI Releases Photos Of Miami Heist
Caught On Camera
1 / 11
Vince Neil Tries To Punch Fan At Concert, Misses Badly
Motley Crue frontman Vince Neil became aggravated by a fan in the front row at his concert in New Mexico on Dec. 7, 2012, and tried to punch him -- but he missed.
CelebrityStalk