Instead of focusing on the color of the hair on their bonce, these women have taken a more creative approach to rainbow hair by... 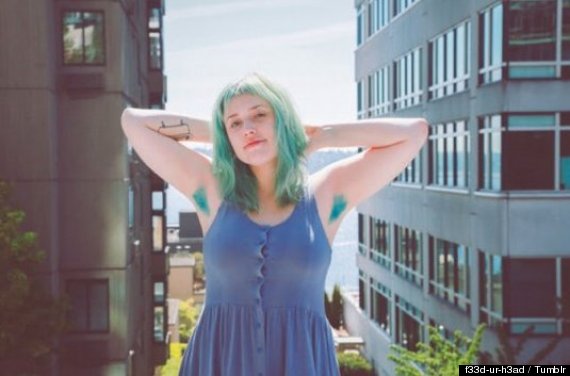 Who knew it could look so artistic?

From purple and pink pits to, our personal favorite, a matching turquoise hair and armpit combo (above). It's safe to say that these ladies have no qualms about growing and showing, with a dash of color thrown in for good measure.

And credit where credit's due. This kind of growth must take some devotion! 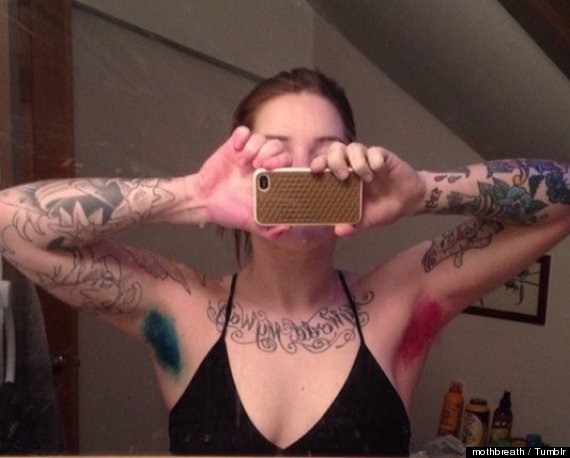 But why, why would someone want to do this?

Women have been struggling with the whole 'to shave or not to shave' armpit debate for decades. Sadly, when Julia Roberts braved the media world and stepped out with her armpit hair on show, the world gasped (and not in a good way).

Since then armpit hair has taken a backseat. But the world of women with hairy pits is once again stirring in the depths of the internet -- and on Tumblr.

These ladies see their colorful pits as a way of reclaiming their bodies from media perceptions. And most importantly, having fun in the process.

THAT GIRL THAT DYED HER ARMPIT HAIR BLUE RULES

I did an experiment to see how it would look if I grew in my armpit hair and dyed it to match my head pic.twitter.com/XuYyAsBCSQ

More:
pollshavingFashionTumblrFeminism
Newsletter Sign Up
An essential daily guide to achieving the good life
Subscribe to our lifestyle email.
Successfully Subscribed!
Realness delivered to your inbox