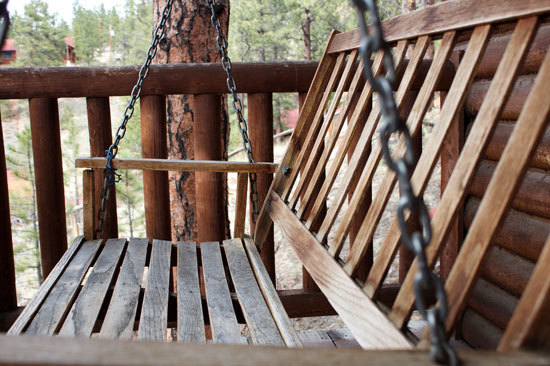 Cancer scares people. It's the disease that no one wants to get, no one wants to talk about, and no one has a cure for. It brings the crazies out of the closet, introduces you to long-lost family members, and sabotages even the strongest of friendships. Cancer is the adult version of cooties. Getting it is not cool, and will send some around you scurrying away in search of a large tree to hide behind.

"Am I contagious?" This is a question that I admittedly asked upon hearing the news for the first time. I thought I knew the answer, but I couldn't be entirely sure. Was I putting my husband, friends, and family at risk? Should I be quarantined?

Silly me. No, cancer is not contagious. Thank goodness. But if this disease is not contagious, what could be the reason for friendships beginning to dissolve and people hiding behind closed doors?

Until recently, I couldn't quite understand the cause for the sudden shift in my relationships upon diagnosis two years ago. I just had cancer, after all. I didn't have the chicken pox, diphtheria, or the plague. I was still me... the same ol' Stephanie. Sure, I'd be bald soon, but did that really affect those around me? Was my bald, shiny head really the issue?

People change in difficult circumstances. Some become fearful and timid. Some hide behind sarcasm and cynicism. Some shy away. None of these reactions are wrong; coping mechanisms can fall on a large spectrum.

Before my diagnosis, I (like many) was afraid of cancer. My grandmother had passed from it, and not knowing much, I became fearful. Choosing to avoid any mention of the disease, I embraced blissful ignorance. Upon hearing reports of celebrities succumbing to their fights against cancer, I would feel sorry, yet would move forward as if it didn't affect me. Because, did it really? As long as cancer wasn't a part of my inner circle, I could remain euphorically unaware. Many share this approach, and my diagnosis brought these feelings out of several who surrounded me. An arm's length became a safe distance.

While avoidance is on one side of the spectrum, artificial involvement is on the other. You know, the appeal of being friends with the "sick girl." A concept similar to when someone passes away, and multiple people claim best friendship with the deceased. Or when passing by a car accident, we have to look, no matter how invasive it may feel. For as many people who vanished into the shadows upon hearing the news that I had cancer, there were just as many people who spontaneously appeared suddenly interested in the details of my journey... people whom I hadn't heard from in years. Clearly not wanting to offer support, but rather trying to gather as much information about my newly changed life in order to be someone who could "share" my personal updates with others, as if they had the inside scoop.

Recently, I had an extremely valuable conversation with a dear friend. I shared with her the effects that cancer has had on my relationships. The ups, downs, and in-betweens of friendship after diagnosis. She responded by courageously sharing with me a perspective of hers that was entirely unknown to me. Truthfully, I was surprised at the feelings she expressed having upon hearing the news of my diagnosis, yet ever-so-thankful that she was brave enough to share. Her words have taught me so much.

"Stephanie, honestly, I was afraid to be your friend after I learned you had cancer. I feared that I would lose you. I was afraid that you might die, and I would have to go through the pain of losing someone close to me. I wasn't sure I wanted to commit to that."

That day, I learned that avoidance might simply be an overwhelming fear of being close to someone who could possibly die. It has forever changed my perspective and has replaced my questions with grace for those who chose distance over involvement. Like I was before my diagnosis, many are just afraid of cancer. Afraid of what it might do to someone they love. And, whereas it doesn't make dissolved friendships easier, it does allow me to understand that they may not be able to handle such a risky relationship.

As someone diagnosed with this disease, authentic support, encouragement, and prayers are treasures to receive. All friendships require selflessness. Being a friend to someone with cancer is no different. In fact, a relationship like this often requires more selflessness and can be far more difficult than others. Sometimes your friend with cancer may not be able to reciprocate equally, due to a slew of side effects from treatment. But if you're willing to understand and accept that, this relationship will challenge and inspire you in ways you couldn't dream of.

I am blessed to say that among several who slid out of sight and those who artificially tried to insert themselves, I have had numerous true friends stand firmly by my side. Friends who have brought meals when I couldn't get out of bed. Those who have rearranged their schedules to pray with my husband and I before surgeries. Those who sit with me for hours as I ingest my chemo cocktails. Unwavering friends who offer support to myself and my husband no matter how hard the journey may get. Friends who don't expect anything in return, and whom I know without a doubt would do anything for us. I am beyond grateful for these relationships.

Though arm's length may be a safe distance, embracing someone with cancer is far more rewarding in the end. Just think. If it were you whose life just flipped upside down, what kind of friends would you want? ... Be that friend.

More:
healthy livingGeneration Whydiagnosis
Newsletter Sign Up
The essential guide to taking care of your mind and body
Subscribe to HuffPost’s wellness email
Successfully Subscribed!
Wellness delivered to your inbox