The horror and reactions to the Paris massacre have overshadowed a troubling new twist in the U.S.-Russian rivalry that could prove even more terrifying. Russian state media recently "accidentally" revealed plans for a bizarre new nuclear torpedo. More of an underwater drone, it is designed to swim 6,000 miles -- enough to span the oceans underwater just as long-range missiles do in the air.

It would detonate a huge warhead, a hydrogen bomb equal to a million tons of TNT or more but "salted" with special metals to vastly increase the amount of radiation it would pour into a U.S. port city.

The explosion would create a radioactive tsunami. The purpose, according to Russian TV, would be to devastate "the important components of the adversary's economy in a coastal area and [inflict] unacceptable damage to a country's territory by creating areas of wide radioactive contamination that would be unsuitable for military, economic or other activity for long periods of time."

This is an insane, inhumane weapon that deliberately targets civilians. It deliberately seeks to turn a city into a radioactive wasteland that would last for decades. It is a throwback to the worse designs of the Cold War, long since abandoned.

Russia's nuclear torpedo deliberately seeks to turn a city into a radioactive wasteland that would last for decades.

In the early 1950s, U.S. General Douglas MacArthur wanted to drop dozens of enhanced radiation "cobalt bombs" on the Korean border to create a poisonous barrier to advancing Chinese troops. In the 1970s, U.S. nuclear scientists designed a "neutron bomb" with intense bursts of radiation to increase the number of people killed but lessen the number of buildings destroyed by blast and heat. Then-Secretary of Defense James Schlesinger hoped it would make it more likely we would use nuclear weapons in a European war, thus theoretically adding to their deterrent value.

American presidents rejected these weapons. None were ever constructed. We thought that such grotesque concepts had been buried with the Cold War, along with notions of doomsday machines, featured in various sci-fi movies and at least one of which was actually built.

Well, they're back. Indeed, that may have been the point of the Russian reveal. As Dr. Strangelove said in Stanley Kubrick's epic film, "The whole point of a Doomsday Machine is lost if you keep it a secret."

We thought that such grotesque concepts had been buried with the Cold War.

The Russians want us to know about it. The new Russian "dirty" H-bomb is the latest move in a new arms race that could bring Russia and America back to the nuclear brink.

The Russians are building new nuclear-armed missiles, bombers and submarines to replace those built in the 1980s and now reaching the end of their operational lives. They claim that they must modernize their arsenal and increase the role of nuclear weapons in their military doctrine to counter U.S. missile interceptors being deployed in Europe. These, they say, could "neutralize" their nuclear deterrent, allowing the U.S. and NATO to dominate Russia.

The U.S. is rearming as well. The Obama administration is planning to spend over $1 trillion in the next 30 years on an entire new generation of nuclear bombs, bombers, missiles and submarines to replace those built during the Reagan years. This is a staggering turn around for a president who promised "to put an end to Cold War thinking, [by reducing] the role of nuclear weapons in our national security strategy."

The Obama administration is planning to spend over $1 trillion in the next 30 years on an entire new generation of nuclear bombs, bombers, missiles and submarines to replace those built during the Reagan years.

First up, the U.S. will deploy almost 200 new nuclear bombs in Europe. More accurate than the current bombs, proponents argue they are more usable in battles.

Meanwhile, the U.S. Navy is developing 12 new submarines to prowl the world's oceans, carrying over 1,000 warheads on missiles that can hit any spot on earth. The U.S. Air Force is developing a new strategic bomber and wants 1,000 new cruise missiles to go with them, plus a new fleet of almost 650 intercontinental ballistic missiles.

Individually, none carry a warhead as big at the Russian nuclear torpedo, but collectively they would unleash death and destruction on a massive scale. All of these systems deliver hydrogen bombs -- weapons that are 10, 20, even 30 times more powerful than the atomic bombs that destroyed Hiroshima and Nagasaki.

We don't know if the Russians think they can afford this new arms race, but we do know that there is great concern in the defense department. Pentagon Comptroller Michael McCord told Inside Defense last week that the price tag for all these new nuclear weapons "is the biggest acquisition problem that we don't know how to solve yet."

All of these systems deliver hydrogen bombs -- weapons that are 10, 20, even 30 times more powerful than the atomic bombs that destroyed Hiroshima and Nagasaki.

For example, when the Navy's new nuclear sub goes into production, it will devour almost half of the Navy's annual shipbuilding budget. These nuclear terror weapons threaten to siphon away funds needed for the conventional weapons actually used by troops in combat, to fight the self-described Islamic State for example.

This is a dangerous situation. In his new book, "My Journey at the Nuclear Brink," former U.S. Secretary of Defense William Perry warns "far from continuing the nuclear disarmament that has been underway for the last two decades, we are starting a new nuclear arms race."

What should we do about this new Russian weapon, for example? It won't be long before someone calls for a massive new program to deploy underwater anti-torpedo drones to counter Russia's concept.

Rather than build more weapons, Perry wants President Obama to build fewer. In a recent op-ed with former Director of the U.S. Nuclear Weapons Council Andy Weber, the two urge Obama to kill the new cruise missile. Instead, they say we should champion a new effort to ban these "extremely destabilizing" weapons.

These nuclear terror weapons threaten to siphon away funds needed for the conventional weapons actually used by troops in combat, to fight ISIS for example.

A similar push could be made to ban weapons like the Russian torpedo. The U.S. could take the lead in denouncing these weapons as inhumane and incompatible with modern civilization.

We would be in good company. Pope Francis called for a ban on all nuclear weapons at the United Nations this September, saying their "threat of mutual destruction" was "an affront to the entire framework of the United Nations."

Analyst Jeffrey Lewis argues passionately for just such an approach. The levels of destruction in the U.S. and Russian arsenals are far beyond anything needed for deterrence. "Why not admit that nuclear weapons are awful?" he asks. "And that it would be a humanitarian catastrophe if even a single bomb were ever dropped."

It would be a powerful move. But unless Obama acts soon, his nuclear policy legacy may be the launch of a terrifying arms race that threatens destruction far beyond the horrors committed by ISIS.

A New Arms Race Threatens to Bring the U.S. and Russia Back to the Nuclear Brink
Nuclear Explosions 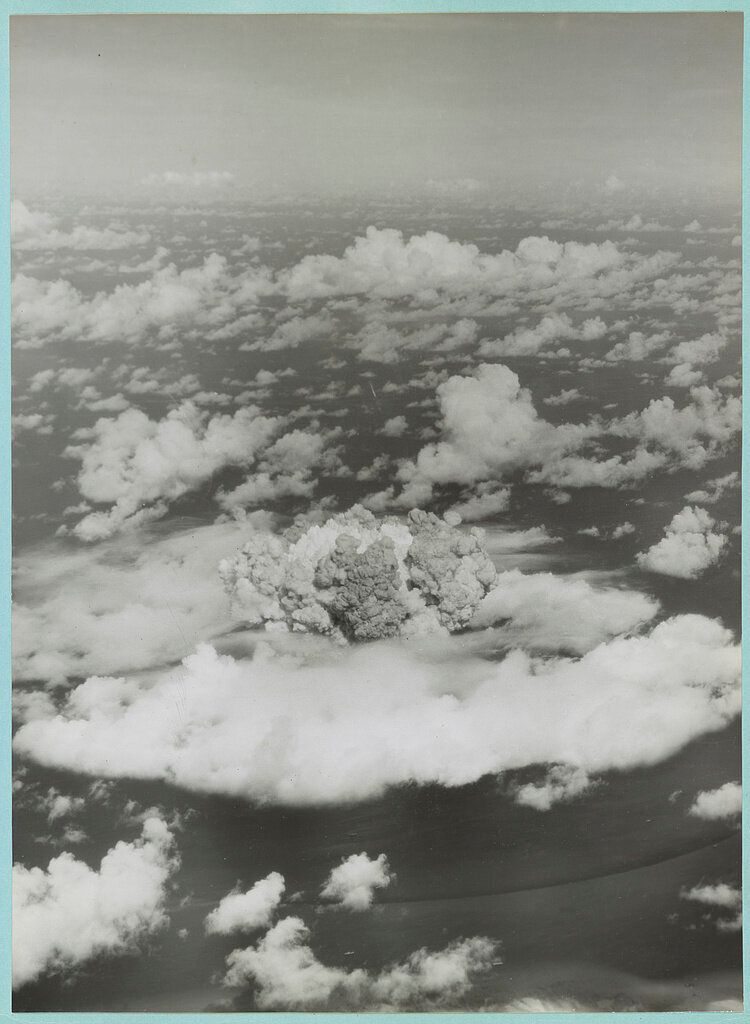