The treaty, being debated this week and next in New York, faces both political and policy hurdles, but supporters expressed optimism for its eventual passage.

"We are still very hopeful that we'll end up with a treaty," Salil Shetty, secretary general of Amnesty International, told The Huffington Post before addressing the protesters across from the White House. "The important thing is [that the Arms Trade Treaty must] protect human lives and protect human rights. We will get a treaty, the question is 'how good is it, how strong is it?' That's a bit up in the air right now."

The ATT is intended to prevent the transfer of conventional arms across international borders to governments using them for war crimes, genocide and other crimes against humanity. While the treaty's goals are shared by the majority of the U.N. General Assembly members, there were sticking points in the negotiations Friday in New York.

Among the most contentious was whether ammunition sales -- as opposed to just weapons sales -- would be covered by the treaty. The United States delegation opposes including ammunition in the ATT, a position that angered a number of protesters Friday.

"The argument the U.S. is making is a very practical one, saying that it's very difficult to track [things like ammunition]," said Shetty. "But there are many governments that produce ammunition, and they're not blocking [it from being included in the treaty]."

Other fractious issues include how strong to make language about human rights abusers, and whether to expand the treaty to include selling blueprint instructions on how to build certain weapons, too.

"We're confident we're going to get something," said Paul O'Brien, the vice president of policy and campaigns for the human rights group Oxfam. "But something isn't good enough. If we don't get a strong treaty, it's not going to mean anything for the people on the wrong end of violence."

Human rights groups and the international community are not the only pressures on the Obama administration as it considers the treaty. The ATT also encountered strong resistance stateside from gun rights groups -- led by the National Rifle Association -- which portray the treaty as part of an international plot to deprive Americans of Second Amendment rights.

Speaking before the U.N. last summer, NRA CEO Wayne LaPierre demanded that civilian firearms be exempted from the treaty.

"We have watched [the treaty] with increasing concern and, one year ago, I delivered … our objections to including civilian arms in the ATT. I said then, and I will repeat now, that the only way to address NRA’s objections is to simply and completely remove civilian firearms from the scope of the treaty," LaPierre told the assembled diplomats.

In the predawn hours on Saturday, Sen. James Inhofe (R-Okla.) proposed an amendment to the Senate's budget bill that would prohibit the U.S. from signing the ATT. The Senate approved the measure by a vote of 53-46.

During the same marathon legislative session, Democratic Sen. Patrick Leahy (Vt.) proposed a separate amendment affirming that international treaties do not trump the U.S. Constitution, a direct jab at a worry expressed by groups like the NRA. Leahy's measure passed by a voice vote.

Both amendments will be worked on in a committee process and then proceed to the House. The Senate departed for Easter recess immediately after passing the budget bill. 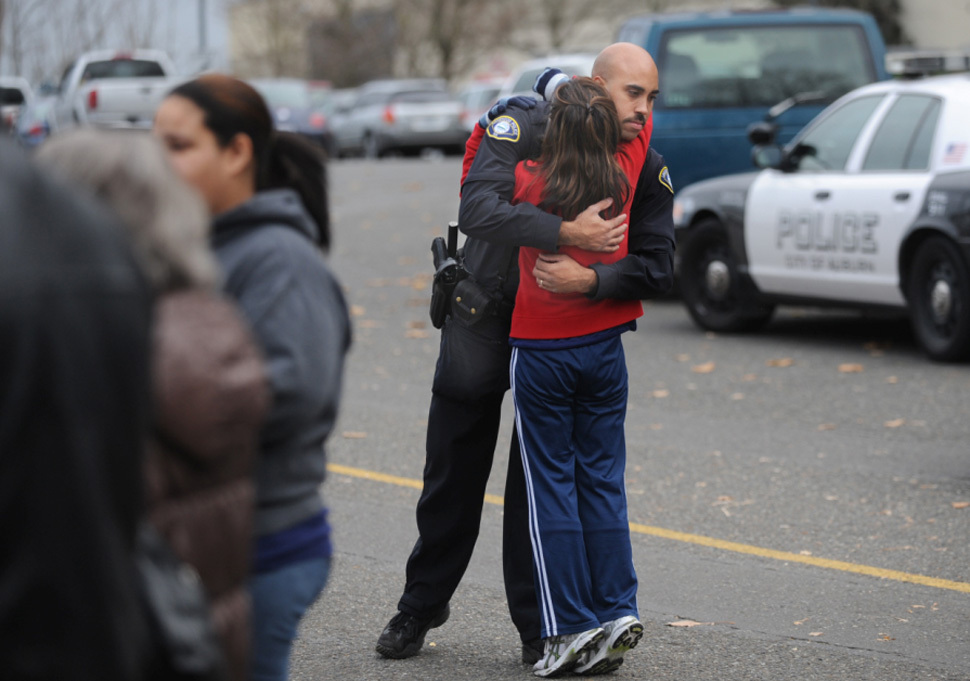 1 / 22
Funds For First Responders
The Obama administration will call on Congress to provide additional funding to train public and private personnel at schools to respond to active shooter situations.
AP