"I am Gunnery Sergeant Hartman, your senior drill instructor. From now on you will speak only when spoken to, and the first and last words out of your filthy sewers will be 'Sir.' Do you maggots understand that?" With that line from Stanley Kubrick's Full Metal Jacket actor R. Lee Ermey introduced his new recruits - and a whole generation of Americans - to the fundamentals of basic training, where drill sergeants demand respect, order, and, most importantly, obedience. Ermey, who wrote much of his own dialogue, acted out the reality he experienced when he was a Parris Island drill sergeant.

In the 20th century, as I wrote in my book, HOW, the military "made blind obedience culture into a high art, and with great success. Unquestioning submission to central authority, they believed, built the floors of certainty, predictability, and unit cohesion necessary for soldiers to lay down their lives for one another." Since, I've referenced the military as the conventionally understood stereotypical example of an organization run on blind obedience - organizations characterized by command and control, top-down leadership and coercion - and basic training as the locus of the indoctrination, where recruits learn to (again in the words of Sergeant Hartman) "obey my orders as they would the word of God." Likewise, particularly during the industrial age as companies were being scaled up for mass production, many businesses also operated with a blind obedience model. Many corporations embraced the same top-down, hierarchical, because-I'm-the-boss-and-I-said-so, 'just do it' ethos.

In the 21st century, the world has been reshaped by communication technology's transformation of the operating environment in which the military, businesses and we all operate. The US Army, like most forward thinking businesses, has recognized the limitations of blind obedience. The greatest fighting force in the history of the world has adapted to today's asymmetric battlefield in countless ways both large and small. The Army has been phenomenally innovative in this critical leadership area, and admirably open about their work, and I have been inspired to study how they are adapting. One compelling illustration of this, and one of the most remarkable examples I've seen recently of inspirational leadership, has been in the US Army's basic training.

Examples from the military are instructive for those of us in the business world because they demonstrate the broad-based applicability of values-based, inspirational leadership. One of the questions people often ask me is whether "principled performance" and "inspiration" will really work in whatever hard-nosed, high stakes, rough and tumble business they conduct. The implication is often that their industry is so macho and testosterone-fueled that values-based leadership will be perceived by their peers as too touchy-feely. I have long responded that principled performance is not about nice guys finishing first. Principles can be a source of incredible strength, formidability, and clarity. I also tell people that values-based leadership works in every type of business, no matter how high stakes.

I witnessed the power of this firsthand when I was invited to travel last month to Fort Jackson, in Columbia, SC, the US Army's largest locus of Basic Combat Training. 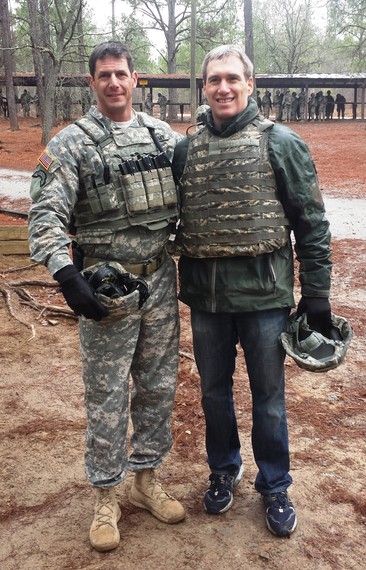 These are the words of Lieutenant Colonel Jason Corbett Glick, the visionary leader who commands the Fighting Falcons of the 2nd Battalion, 39th Infantry Regiment who are stationed at Fort Jackson. LTC Glick and the Drill Sergeants under his command are responsible for annually turning 4,000 young men and women into soldiers during their ten-week basic training.

LTC Glick understands that while blind obedience may have been what the US Army needed to win World War I, the changed battlefield, like the changed business landscape, of the 21st century requires a soldier who not only knows how to follow an order, but also knows how to think critically and adapt to changing circumstances. LTC Glick is a thought leader in fatigues, so when he took over 2-39, he and his team rethought almost every aspect of their basic training regimen, literally from the minute the recruits are delivered.

While 2-39 used to give recruits the 'Full Metal Jacket treatment' when they got off the bus, they now bring them straight to the obstacle course. Not only is it more engaging and gets them moving right away, it also requires more analytical skill and begins the team-building process immediately. And, importantly, right from the start it forces recruits to think and obey orders, not just obey orders. Part of the introduction is about telling new recruits what outcome the Sergeant wants, not what to do. By leaving it up to the soldiers to figure out what to do and how to do it, they improve their critical thinking skills. Interestingly, forcing the soldiers to think analytically is actually more stressful for them than shouting at them and calling them names.

Likewise, if your new employee orientation involves your new colleagues sitting in a classroom while someone from HR lectures them, you need to think about the message you're sending and the behavior you're socializing them to expect from themselves and each other. Unless you want your new staff to be passive and non-collaborative, you need to reconsider how you're instructing them.

LTC Glick and his team, like all good managers and leaders today, engaged in a fundamental rethink about what the people they lead should be able to do. While most basic training focuses on developing four skills - shoot, move, communicate, survive - 2-39 has added an emphasis on a fifth skill, adapt. Soldiers engaged in asymmetric warfare can't be prepared to simply follow orders thoughtlessly no matter how the situation changes. They need to follow orders and think. The battlefield is just too complex, varied and dynamic for our armed forces to succeed if commanders alone are doing the thinking. The new world of warfare, like the new world of business, requires creativity, collaboration, and adaptive skills.

During a conversation with the team I asked the assembled drill sergeants what kind of behavior they want to see from their privates. I was pleasantly surprised by the list they came up with - determination, drive, loyalty, independence, adaptive, resiliency, proactive, willingness.

Note that none of the sergeants included Hartman's one and only behavioral priority, obedience. What they did include are higher level, elevated behaviors, and they are not that different from the list produced when I ask business audiences the same question about their employees. Elevated behaviors build healthy, sustainable partnerships by calling forth our most human qualities and virtues of character.

These enlightened sergeants understand that young men and women can't be transformed into 21st century soldiers by shifting their behavior, only by elevating it. We've grown highly proficient in shifting behavior and, don't get me wrong, much good has come out of these tactics. Companies have helped employees to save more in their retirement accounts through "opt-out" shifts; train platforms in India have grown safer thanks to better signage and communications; some food stores steer shoppers to healthier options via innovative shelving nudges. Although shifting remains useful, it is no longer sufficient in this era, when elevated behaviors are not just required, but in fact become the source of advantage. If you want people to be thoughtful and respectful about the culture of a warzone or a workplace, if you want them to develop meaningful relationships, you can't shift their behavior; you have to elevate it. Elevated behavior can't be created by coercion or motivation. Sergeant Hartman couldn't demand resilience or adaptivity, and he aggressively ruled out proactivity and independence. Trying to "shift" soldiers (or employees) to exhibit elevated behaviors is like applying Stone Age tools to a Bronze Age challenge.

Higher order behaviors can't be imposed (or even incented) from the outside, they have to come from within. I can't pay people to feel compassion or give them a bonus for being determined. Carrots and sticks simply won't generate the behavior 2-39's sergeants want, just as they won't get my staff to collaborate or think creatively. The only way to make privates or employees behave in an elevated way is to inspire them to do so, that is, to connect to what is most deep within people: their core values, beliefs, and sense of meaning. 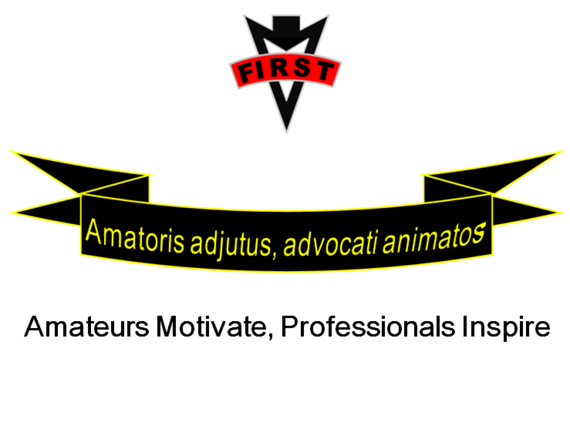 To get these higher order behaviors, LTC Glick understands that he and his team likewise have to raise their game. As I have said before in this space, they need wings to elevate behavior, not wheels to shift it. As with business leaders, it's harder for the drill sergeants, but they understand that the soldiers they produce need to elevate their behavior, and the only way to produce elevated behavior is to inspire it.

LTC Glick had started to make innovative changes to the basic training structure but he was having trouble gaining traction when a colleague of mine shared a copy of HOW with him. "What HOW allowed me to do is start to integrate the ideas that I wanted to incorporate into the battalion with a vocabulary that could be understood...I now had a common vocabulary to say 'this is why I want to do this' and 'here's a way to get there,'" said LTC Glick, "Our metrics immediately began to improve. My privates are meeting the standard and they're meeting it consistently."

2-39 has embraced their new frameworks and vocabulary so fully that they developed a new crest and have permanently installed it on a sign in the entrance to battalion headquarters. It says "Amatoris adjutus, advocati animatos," which is Latin for "Amateurs motivate, professionals inspire."

From now on, when people ask me whether principled performance will work in their hard-nosed, high-stakes, rough and tumble, testosterone-fueled business, I'll just suggest that they ask LTC Glick and the Fighting Falcons.