Ever since Arnold Schwarzenegger took over as host of NBC’s “The Celebrity Apprentice,” former host President Donald Trump has made a contest out of comparing the show’s ratings between its old and new leadership. It’s no secret that Trump is not a fan of his replacement.

Most recently, the reality-star-turned-president opened the annual National Prayer Breakfast by suggesting that the elected officials and religious advocates in attendance pray for his TV show after its shakeup.

“I want to just pray for Arnold, if we can, for those ratings,” the president said, after claiming that “Apprentice” is currently “a total disaster.”

Shortly afterward, Schwarzenegger hit back at Trump with a video posted to Twitter.

“Hey, Donald, I have a great idea,” the bodybuilder-turned-entertainment-icon-turned-governor-turned-back-to-entertainment-icon began. “Why don’t we switch jobs? You take over TV, because you’re such an expert in ratings, and I take over your job. And then people can finally sleep comfortably again. Hm?”

This tiff is simply a continuation of a battle that has been waged over social media for weeks.

After the president claimed over Twitter that Schwarzenegger’s “Apprentice” ratings were “destroyed” by “comparison to the ratings machine, DJT,” the current host hit back with a solid burn.

“I wish you the best of luck and I hope you’ll work for ALL of the American people as aggressively as you worked for your ratings,” Schwarzenegger wrote.

Given the nature of a new executive order, which would weaken anti-discrimination protections if signed, we hope he’s not holding his breath. 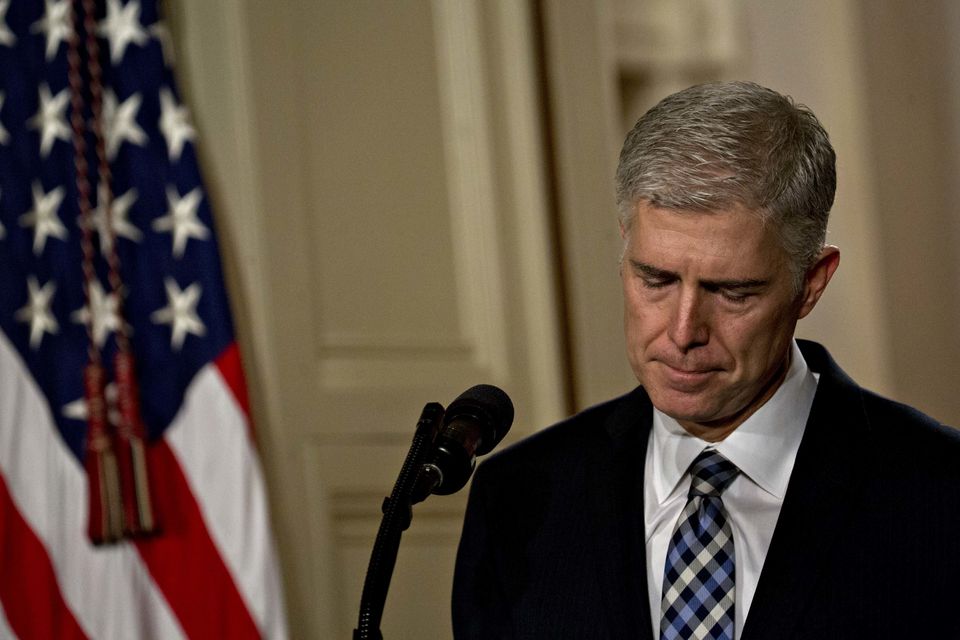