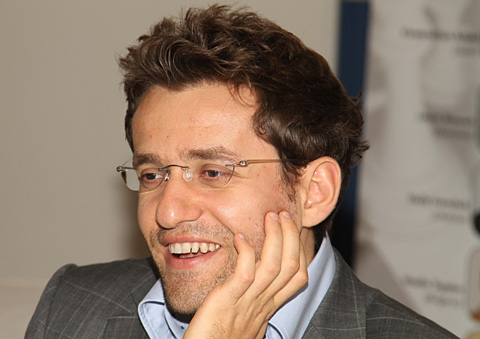 Levon Aronian won the Amber tournament in Monaco this month. He will be known as the last winner. After twenty years, the combined blindfold and rapid chess event, featuring the world's top players, comes to a halt.

Named after his daughter Melody Amber, the Dutch sponsor Joop van Oosterom, created a dream tournament for the world's best grandmasters, allowing them to have fun and be well paid for it. This year's prize fund was 227,000 euro (aprox. US $317,000). Last year's co-winner, Vassily Ivanchuk, went as far as calling it " the greatest tournament."

It was a perfect chess event to watch: a nice mixture of different creative efforts from brilliant and funny opening ideas to remarkable endgame escapes. It was an event where blunders were not only permitted, but encouraged. And seeing that, it convinced us that the world's top players are human after all. The players took risks because the games were not rated, although the organizers listed the players according to ratings.

The world champion Vishy Anand of India led the field of 12 world-class grandmasters this year. He won the event five times before and came to Monaco with the best FIDE rating of 2817.

Magnus Carlsen held the top rating spot for 12 of the last 14 months, but now was second with 2815 rating. The Norwegian phenom made it clear what he intended to do in Monte Carlo. "I really, really want to win and restore the power balance," he told T.D. Max in a revealing article "The Prince's Gambit," which appeared in The New Yorker when the Amber tournament was already on the way.

In the end, the victory went to Aronian. The Armenian grandmaster was third on the FIDE list with rating of 2808, but he was able to reverse the order. In a combined score, he amassed 15,5 points in 22 games, a full point ahead of Carlsen. Anand finished third with 13 points. It was Aronian's third victory at the Amber. He also won in 2008 and 2009.

A great tactician with unusual ideas and wacky moves, Aronian is very resourceful, defending bad positions tooth and nail and often turning them around. He gives the impression he is lucky, but most tournament winners are. Some say he can see around the corner and it was not surprising he dominated the blindfold event, scoring 8,5 in 11 games. Anand took second place with 7 points.

Carlsen had a phenomenal result in the rapid play: 9,5 points in 11 games. His closest rival, Aronian, had 7 points. But the Norwegian grandmaster scored under 50 percent in blindfold games. His biggest setback came on the fifth playing day when he lost both games to Vassily Ivanchuk with whom he shared the victory last year.

Former world champion Vladimir Kramnik won the Amber event six times, but had the worst result this year. He finished next to last.

It has nothing to do with fast cars and checkered flags, but with an opening system Carlsen brought to Monaco. Called the Grand Prix Attack, it was very popular on the British open tournament circuit. It is a lazy player approach to fighting the Sicilian defense. No long theoretical conversations, but a simple and clear strategy often ending with a kingside attack. It can lead to early knockouts as in Carlson's victory against Veselin Topalov, shown below.

The experienced Anand had the benefit of seeing the game and prepared a variation in which black could create a triple-pawn formation in white's camp. One of the wittiest chess commentators, Hans Kmoch, called these triplets "positional monsters." Anand was pleasantly surprised when Carlsen played right into it. The Indian grandmaster even declared that white was busted after mere 10 moves. It is our game within the game.

1.e4 c5 2.Nc3 (Carlsen does not intend to play the pure Closed Sicilian. The knight move allows him to switch to the Grand Prix Attack, an annoying way to counter the Najdorf Sicilian.)
2...d6 (After the usual 2...Nc6 white can play 3.Nf3 preparing to open the game with d2-d4, throwing the Najdorf players off the track.) 3.f4 (The Grand Prix Attack.) 3...Nc6 (In the blindfold game Carlsen-Anand, the Indian grandmaster was prepared and left his knight home for a few moves: 3...g6 4.Nf3 Bg7 5.Bb5+ Bd7 6.Bc4 The last two moves allow white to control the breaks in the center with the d-pawn. 6...Nc6 7.0-0 Na5 8.d3 Nxc4! 9.dxc4 Bxc3! 10.bxc3 Bc6 and black solved all problems. As a matter of fact, Anand thought that white is positionally busted. 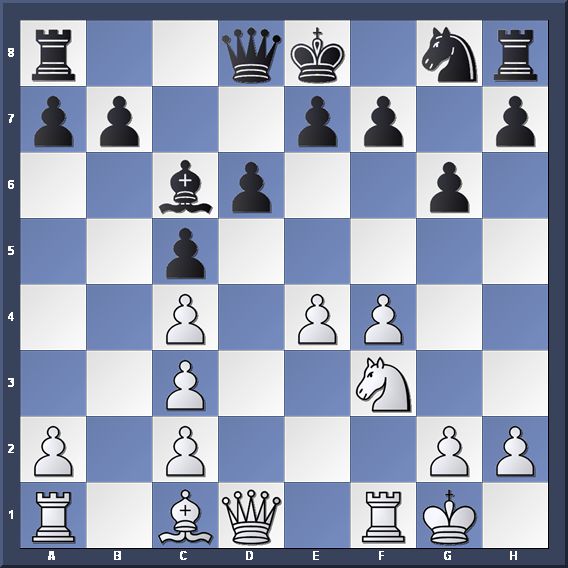 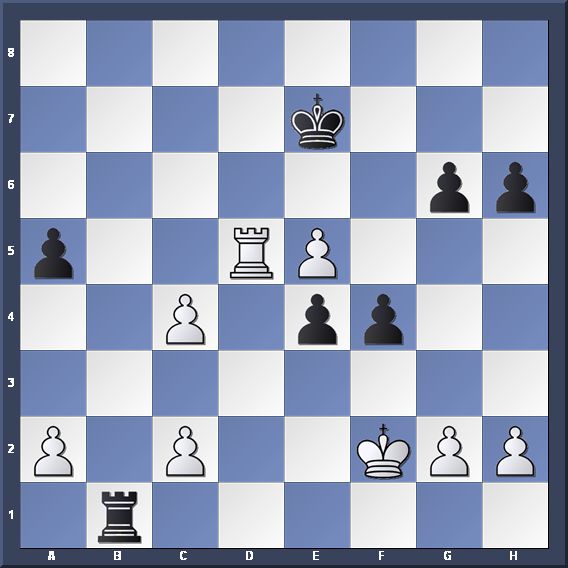 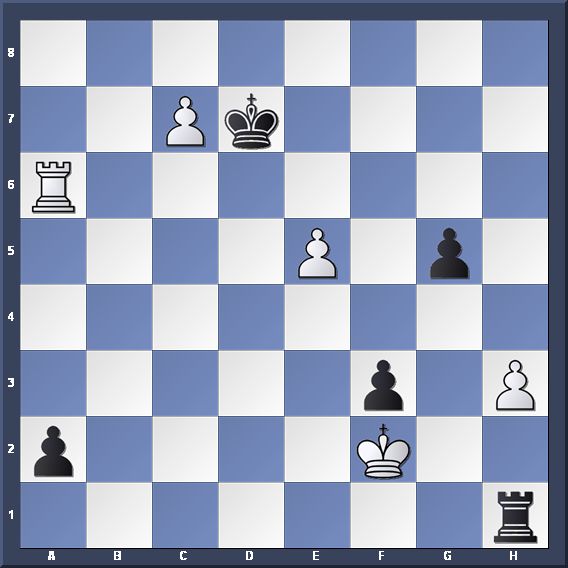 4.Nf3 g6 5.Bb5 (The more central bishop development 5.Bc4 is twice as much popular, but Carlsen's choice should not be underestimated.) 5...Bd7 6.0-0 a6 7.Bxc6 Bxc6 8.d3 Bg7 9.Qe1 Qd7 10.a4!? (Threatening to fix the black queenside with 11.a5. It comes from the creative mind of GM Ljubomir Ljubojevic who played it 20 years ago with mixed results against Garry Kasparov and Lajos Portisch.) 10...f5? (An outright positional blunder, weakening the square e6 and inviting the white cavalry to charge. 10...b6 stops white's intention. It was chosen overwhelmingly by other players, including Kasparov.) 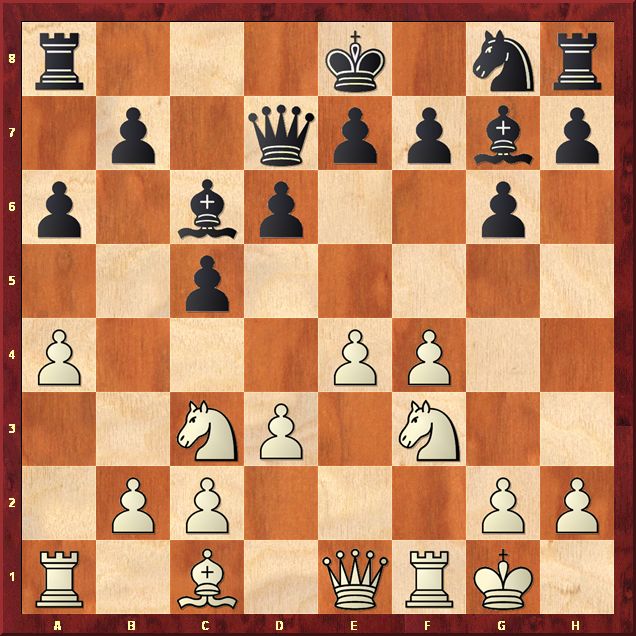 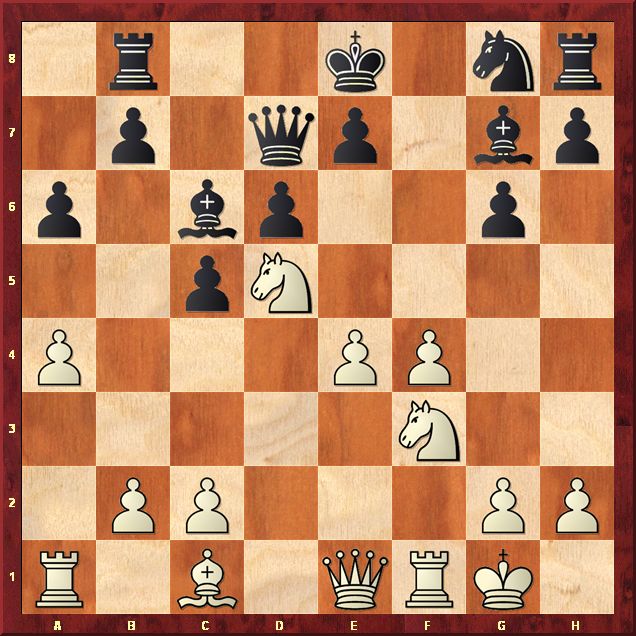 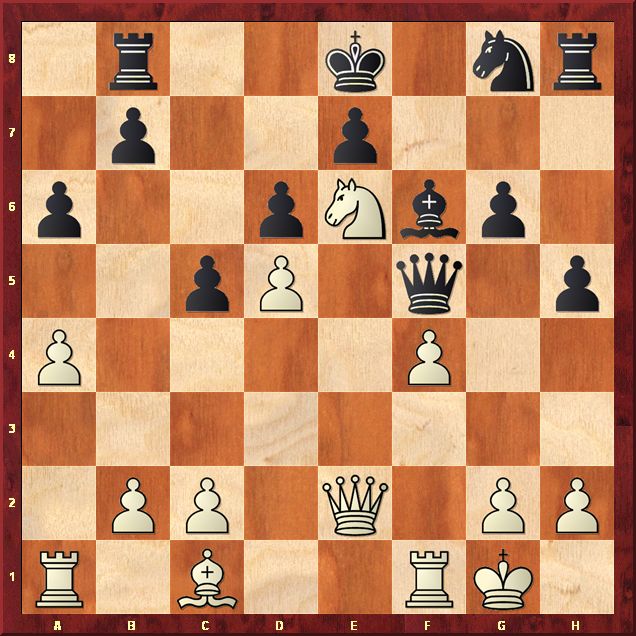 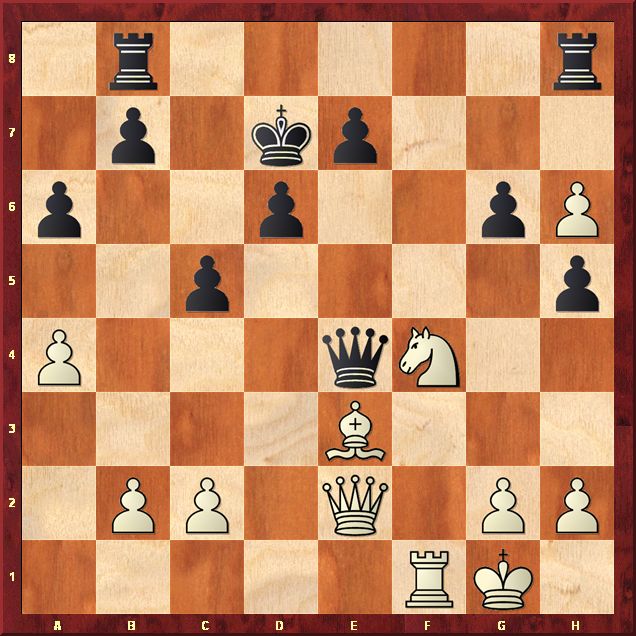 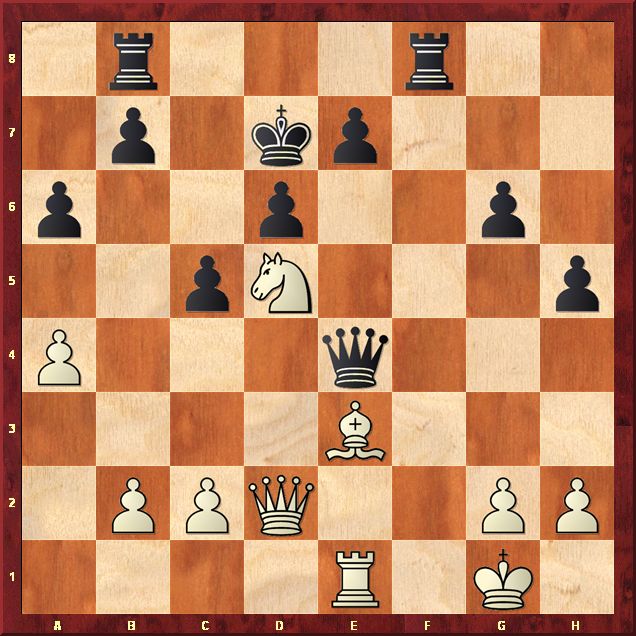