"Arrested Development" Season 4 (streaming now on Netflix) has been the subject of much debate with hardcore fans, but one thing's for sure: George-Michael Bluth is just as awkwardly adorable as ever.

The Huffington Post has an exclusive look (above) at a behind-the-scenes "Arrested Development" featurette with commentary from series creator Mitch Hurwitz about George-Michael and the man who brought him to life, Michael Cera.

Hurwitz admits that George-Michael was the most autobiographical character for him to write, and describes him (lovingly and perfectly) as "sort of devoid of personality." He then explains why Cera was perfect for the role, even admitting that Cera inspired him "more than I give him credit for."

"I'd seen Michael Cera in a pilot, and I remember thinking, 'Boy, this guy is amazing,'" Hurwitz says. "I don't know if he's doing this on purpose, because you can't tell with Michael Cera. He's just such a good actor ... He did that amazing Michael Cera thing, which looks like nothing."

After doing his best stiff-necked impression of the actor playing George-Michael, Hurwitz goes on to explain that Michael Cera's nothing is actually a whole lot of something.

"I remember showing it to some people and they said, 'I don't think he's doing anything.' I said, 'No, it looks like he's not doing anything, but he might be doing a lot.'"

Tell us: What do you think of "Arrested Development" Season 4?

All four seasons of "Arrested Development" are now streaming on Netflix. 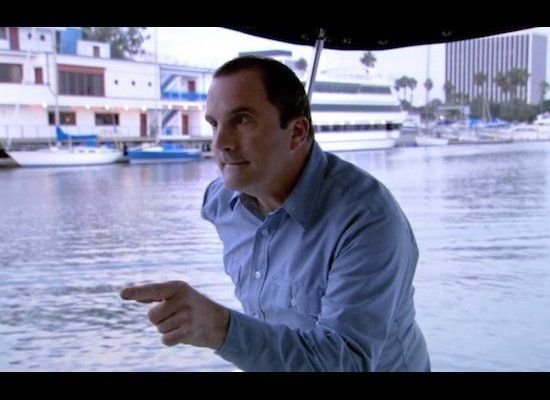 1 / 11
"Pier Pressure"
In which we meet J. Walter Weatherman, the one-armed man that George Bluth uses to teach lessons meant to make them more responsible. Given how the Bluth kids turned out, that worked out pretty well! Weatherman was part of an elaborate pot bust at the Bluth boat, a sequence that showed the comedy using one of its signature moves -- escalating, farcical confrontations among different sets of characters -- to hilarious effect.
Fox