No, this isn't a story about the tragedy of Alzheimer's Disease, it's about your own memories being used as evidence against you in a court of law. Science fiction? I thought so, but not anymore.

In the 2013 feature film Justice Is Mind, a defendant is put on trial for an alleged double murder he doesn't remember committing. The evidence? His own memory obtained from a new MRI procedure called fvMRI (functional video magnetic resonance imaging). It may be science fiction today, but it's looking more and more likely that it will be science fact tomorrow. 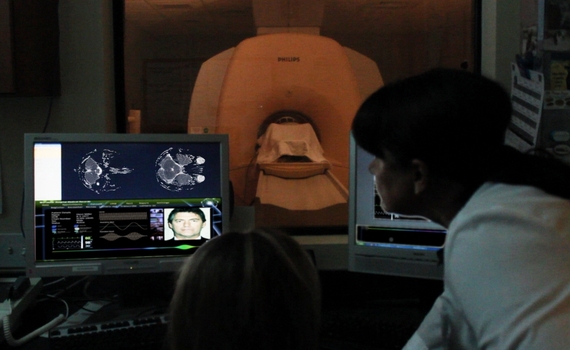 I was first introduced to Justice Is Mind and writer/director Mark Lund by Mary Wexler, a mutual friend and the movie's Judge Wagner. Lund's vision of a near future came to him during a 2009 episode of 60 Minutes entitled Reading Your Mind. Its focus on 'thought identification' using advanced fMRI techniques which are currently being developed at Carnegie Mellon University, led Lund to create a film that explores the complex legal and ethical issues surrounding neuroscience in the courtroom. 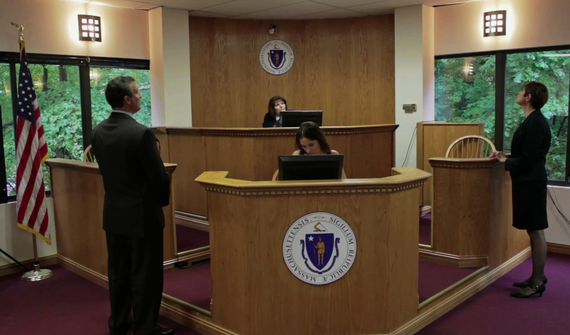 When Lund first saw what Dr. Marcel Just (D.O. Hebb University Professor of Psychology in the Dietrich College of Humanities and Social Sciences) and his Carnegie Mellon team were working on, "The idea for Justice Is Mind came to me literally before the program was over. Imagine facing your own memory at trial." 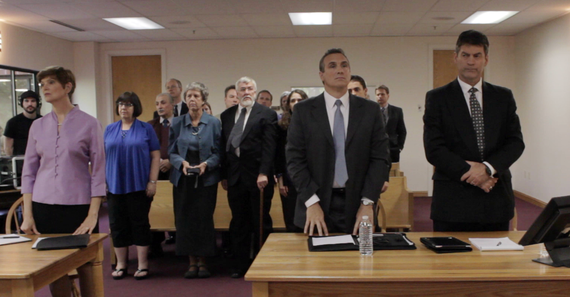 (Justice Is Mind - the trial begins)

Carnegie Mellon is not alone in this. Scientists at UC Berkeley claimed an astounding breakthrough in 2011 by generating moving pictures from decoded brain signals.

Research into the advancement of brain studies was thrust into the spotlight in 2014 when the Obama Administration launched the Brain Initiative with initial federal commitments of over $100 million. With those commitments now exceeding $300 million in the program's second year, and with government agencies like DARPA (Defense Advanced Research Projects Agency) picking up some of the bill, suddenly Justice Is Mind takes on less of a sci-fi feeling and more of a 'forward-thinking documentary' feeling, particularly when you consider that #1, it was written in four years before Brain Initiative commenced and, #2, part of Lund's story addresses the government's direct involvement in mind reading.

In the film, the defense attorney cross examines the scientist behind the fvMRI process on why the Department of Homeland Security funded the initial medical trials. When she refuses to answer, counsel reminds her of what her lawyer said during Congressional hearings when considering the applications of such science: "Terrorism is not only a threat, it's an industry." And, given the complexities Congress has faced over interrogation methods, one can easily see how our government might prefer the ability to extract information through a non-invasive, but presumably fail-safe (if it doesn't get abused!), technique of mind reading.

"In the courtroom, these advances would begin with lie detection via neuroscience, then advance with the introduction of actual memories," said Lund. "You don't invest hundreds of millions, involve leading universities and the federal government, without the goal of developing an industry. But in the end, it comes down to privacy. Who actually has the rights to our memories?"

That is the very crux of the film's landmark trial: The Commonwealth of Massachusetts v. Henri Miller. As Judge Wagner ominously warns us, "This is a case that, no matter the outcome, will demonstrate that sometimes our thoughts are not our own."

Since its world premiere in August 2013, Justice Is Mind has been screening in theaters and universities across the country, including Carnegie Mellon University, where Dr. Just himself acted as host. "It's extremely encouraging," he told the audience, "that someone was moved by our research to the point that they based a movie on its possible implications." 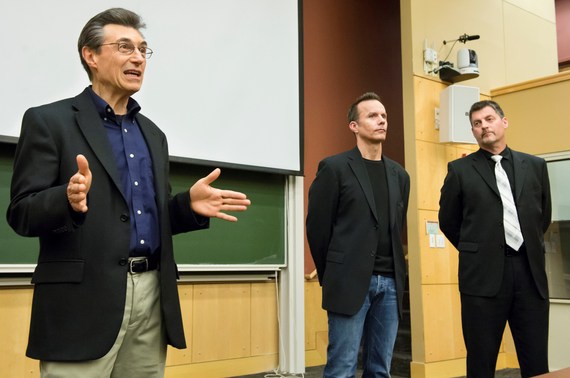 To learn more about Justice Is Mind and the science behind the production of the film, please visit www.justiceismind.com

(all images © Affidavit Productions, used with their generous permission)

Pamela S. K. Glasner is a published author and filmmaker. Learn more about Ms. Glasner at http://www.starjackentertainment.com/ and on Facebook at http://tinyurl.com/mfqxebu