Arrow the cat spends his days lazing about a nice home in the D.C. suburbs. He's got a screened-in porch and access to exotic wet food -- the kind with "aspic, that's not easily found," says his owner, Anne Hancock. "That was one of my errands this morning."

It's a big change for this 15-pound, lion-colored, blind tabby, who was discovered shot and badly injured near a Northern Virginia mall in mid-January.

Veterinarians with the Animal Welfare League of Arlington believe Arrow was shot with a BB gun or a shotgun. Their X-rays showed his head and body to be full chock full of pellets; some 20 pieces in his head, 40-odd more in the rest of him. One of his eyes was badly infected and had to be removed. The other eye doesn't work anymore, either, due to a detached retina. 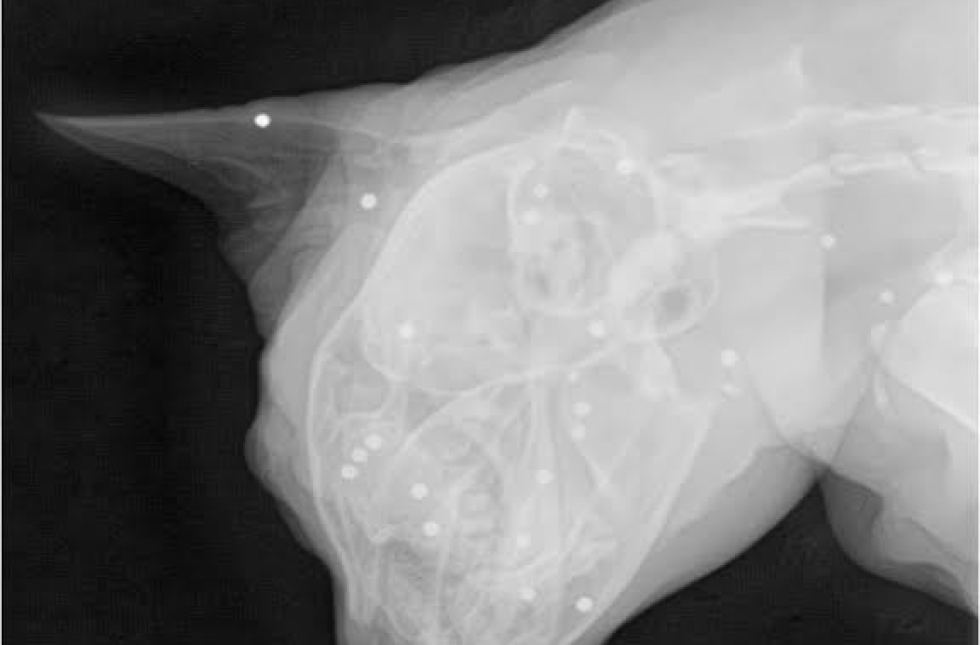 AWLA's chief financial officer said she'd never seen a cat with injuries like Arrow's before. The vets determined it would be safer to leave the bits of metal in place than to take them out, so it's impossible to say what kind of gun was used on this cat.

Hancock's theory is that no matter the type of firearm, it was only used once since even a cat as friendly as Arrow "is too smart to keep coming back for more," she says.

Arrow is thought to be five or six years old. He was a favorite of AWLA staffers during his recovery, for good reason: Arrow's handsome and solid, and his purr is a loud, deep rumble, evident as Hancock -- who brought the cat home in early March -- pets him, sitting on the floor and rubbing his fat cheeks.

If finding a cat as badly injured as Arrow is one shock, his purrs are maybe another.

"I'm not sure the rest of us would be quite so trusting," says Hancock, as Arrow rolls onto his back, first for pats, then (he is, after all, a cat) to swat. "But he is." 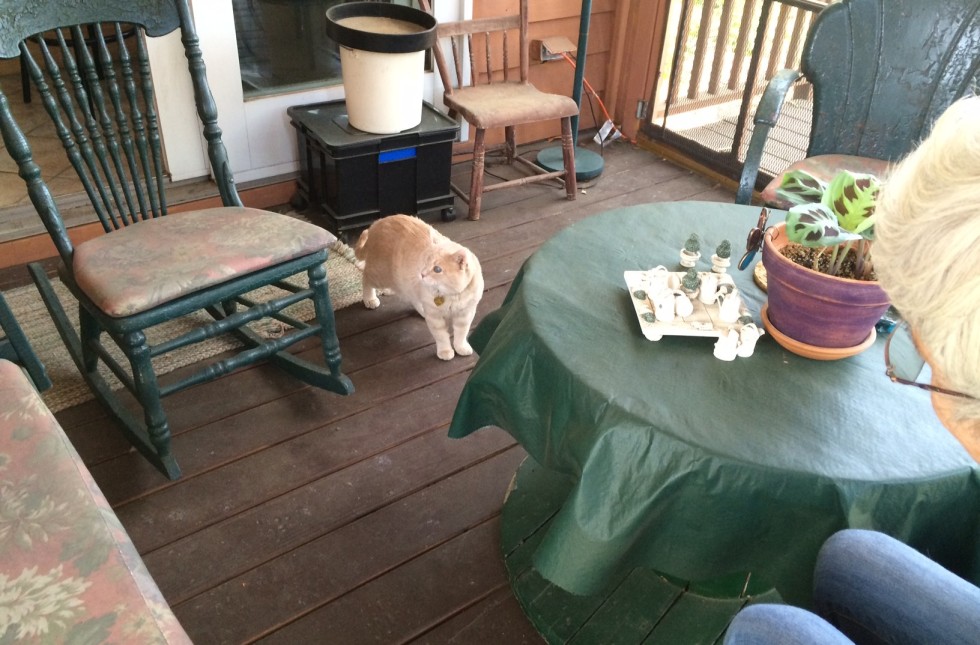 When was Arrow shot? Who shot him? What was his life like before he was found, hurt and unneutered, in the middle of the winter, and brought to the shelter? Why would a cat who'd been treated like that still like people so much? Those questions might never be answered.

What we do know is that Arrow seems to have acclimated to his new life. He's learned to walk up and down the stairs, and explores every inch of the screened-in porch. He and Hancock's other two cats are getting used to one another. Hancock says she sometimes forgets Arrow is blind. He turns his head as if he's looking at her, even though his remaining eye supposedly can't even see shadows.

He's strong and affectionate, and "I think he's going to give more than he receives," Hancock says with Arrow trailing her around the brick house, the walls of which are covered in paintings she's done of the human members of her family (including a daughter, who is herself an AWLA volunteer). But there are no paintings of their pets, since "I prefer my animals alive," she says. 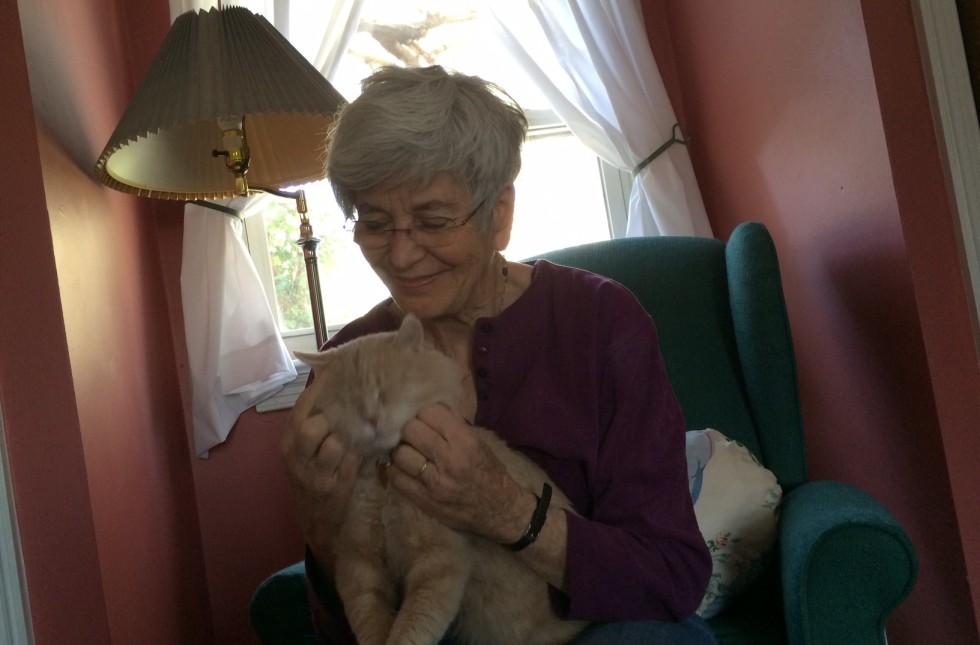 Hancock thinks that Arrow's story "brings out the best in us, maybe." Thousands of dollars in donations have been made to the animal shelter in Arrow's name. Hancock was one of hundreds of people who reached out about adopting the cat; she hopes that even those who missed out on Arrow will get their next pet from a rescue group.

“I feel like I won the lottery,” Hancock told the website ARLnow.com when she got to take him home.

A couple of months later, she still thinks she's the lucky one: "I don't call him 'poor thing' anymore."