"Celebrity Apprentice" finalist Arsenio Hall stopped by "The View" (weekdays on ABC), where he talked about his desire to host a talk show again and threw some pointed barbs in the direction of recently-eliminated "Apprentice" rival Aubrey O'Day.

"There was a moment where it was like seeing an old girlfriend I loved. I want a talk show again," Hall said. The entertainer walked away from "The Arsenio Hall Show" in 1994.

After that, Hall set his sights on his "Celebrity Apprentice" rival Aubrey O'Day. The two clashed on the show, and their feud appears to still be raging. Hall told a story in which he claimed O'Day had showed off nude photos of black men she had slept with. "She had a collection of different men she had been with," Hall said.

O'Day was apparently watching the appearance, and was none too pleased about Hall's story. She tweeted, "Just got off the phone with @Teresa_Giudice! We were cracking up at how desperate Arsenio is with his lying... I think he got my phone pics and his phone pics confused."

Arsenio Hall Admits He Wants A Talk Show Again, Rips Aubrey O'Day On 'The View' (VIDEO)
What To Watch: May 14-20 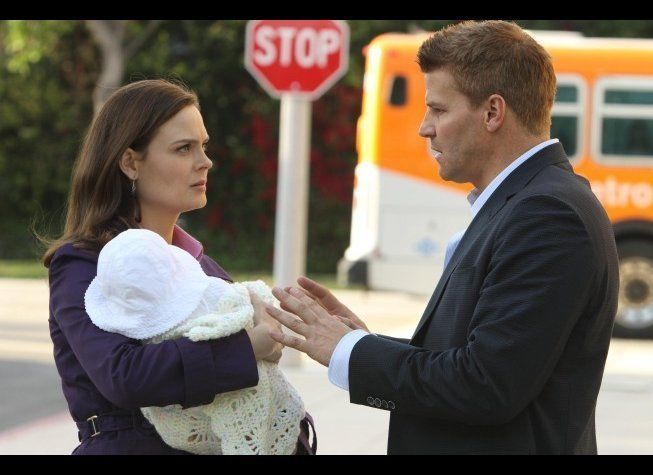 1 / 29
MONDAY, MAY 14: "Bones"
"Bones" (8 p.m. ET on Fox) season finale<br> Evil tech genius Christopher Pelant (guest star Andrew Leeds), a suspect in a previous case Brennan and Booth handled, is back in court on appeal. Knowing what he is capable of, Brennan and Booth inform the judge that he is a suspect in two murder cases. Then, Brennan and Booth are called to the scene of a new murder. After determining the victim is Brennan's friend, who also is linked to Pelant, the Jeffersonian team works to prove he is guilty once and for all. But when law enforcement examines the team's findings, key pieces of evidence are tied to Brennan and suspicion falls on her.
Fox