This week, NP Contemporary Art Center in Manhattan's Lower East Side plays host to Art Barter, an exhibition with a significant twist. Works will be on display from a number of local artists, and all pieces are available to the general public for acquisition. Prospective buyers, however, may as well leave their checkbooks at home. This particular show hinges on the condition that the art only be exchanged for anything but money. Bidders are invited to offer whatever goods or services they can think of, but cash and credit are strictly forbidden.

Oh, and one more thing. While the bill features a roster of accomplished artists, you won't find their names printed beside any of the works. Each piece is presented anonymously, identifiable only by a reference number for bidding purposes. This leaves spectators to evaluate and appreciate the art in a relative vacuum of popular critical influence, and of course without the bias of a posted price. Which is just what the curators had in mind.

Art Barter is the brainchild of co-founders Lauren Jones and Alix Janta. With years of experience in various corners of the art world between them, the two connected in London in 2008 and decided to start their own venture. Inspired by the swap meet atmosphere at events such as the Burning Man Project in Nevada, and barter's storied past in the art sphere -- artists from Picasso to Mapplethrope allegedly traded their works for such necessities as food and lodging -- along with the anonymity of projects like the RCA Secret postcard auction, they drew up the template for Art Barter. Non-monetary exchange seemed all the more fitting in the midst of today's weak global economy, and afforded the public the opportunity to procure a piece of art, a privilege normally reserved for the exceptionally wealthy. It provided a welcome respite from the insular pretension and capitalist superstructure that seem to overshadow the modern art world. 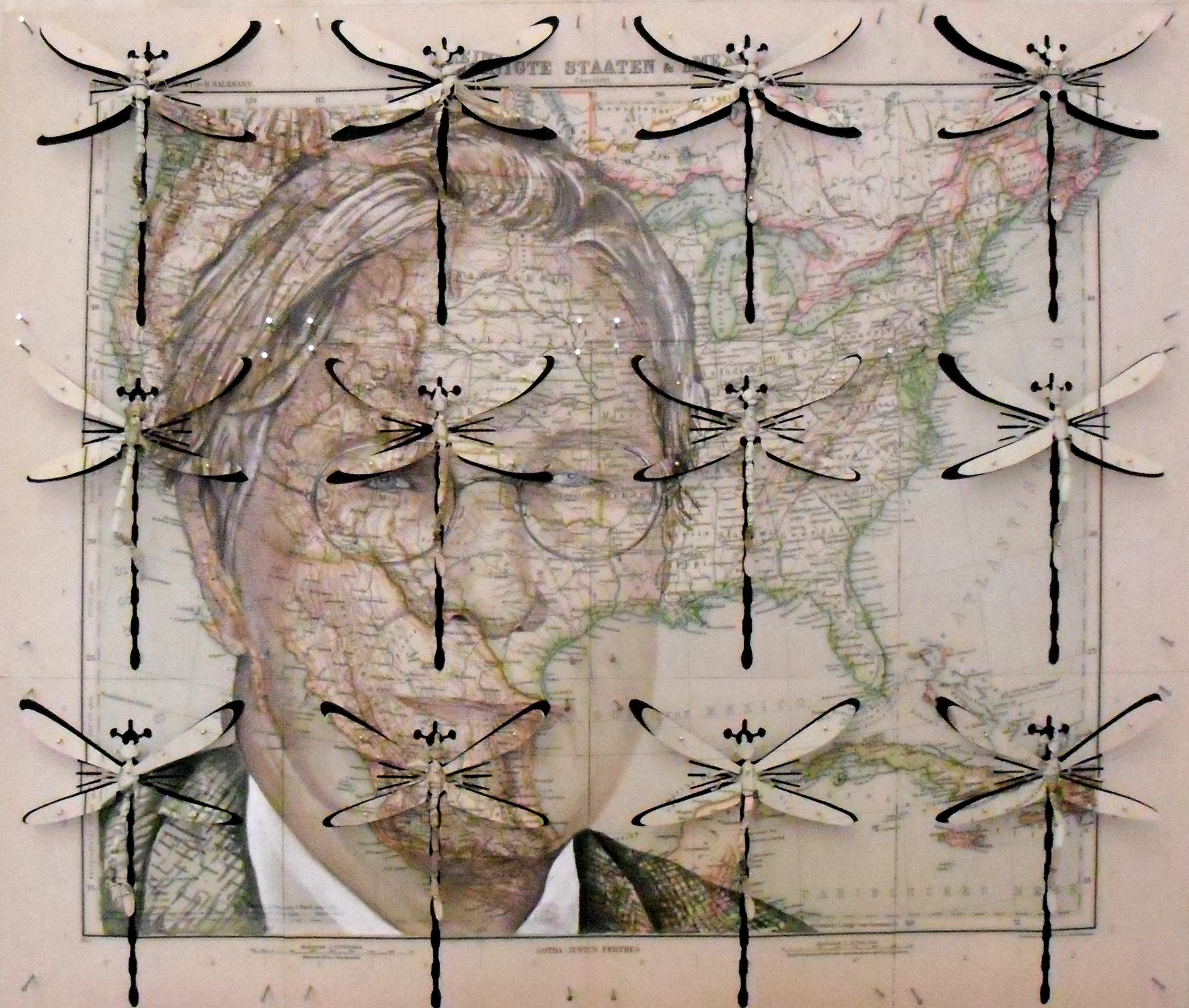 As yet unidentified piece from the New York exhibition. © Art Barter, 2010

It has been just over a year since the enterprise debuted in London, followed by a second show in Berlin this past June, and another mini show in London in conjunction with Frieze Art Fair. Propelled by favorable reception in both cities, New York was a natural next stop for the traveling project. One of the most remarkable effects of the show is its reflection of the city in which it is hosted. Each of the twenty-five to fifty artists chosen operates in the city or surrounding area, and they range from established career artists to students and up-and-comers, giving a sort of cross section of the local art scene. Moreover, the array of proposed bids can give insight into the minds of the city's gallery-goers. Ms. Jones, with whom I corresponded via email, noted that Londoners tended to offer lavish objects in exchange for the artwork, while the Berlin crowd was more likely to pledge their time and services.

So what is in store for New York? Jones is especially excited to feature work by Baptiste Ibar, a musician and painter who has collaborated with filmmaker Michel Gondry, and Juliana Cerqueira Leite, a younger artist who works with themes of body and spatial relations, but they are only two from a long list of artists bound to fill the gallery with enthralling work. As for what will be proposed on the other end of the bargain, only time will tell. Past shows have yielded such colorful bids as a head of lettuce, psychotherapy sessions, a Ferrari, and an artwork entitled Poo Man. Lest you think some of these pledges sound facetious or far-fetched, keep in mind that the bidding form is a legal contract, and all bidders are obliged to make good on their offers. Artists, on the other hand, are not required to swap their pieces, but thus far they have found a worthy bid roughly seventy percent of the time.

This means that anyone with an interesting object, a desirable skill, or simply an active imagination, has a fighting chance of taking home a piece of art. Viewers will have the rare experience of engaging with quality works without having their taste swayed by names or numbers, and even those who do not wish to participate in trade will be compelled to consider the art's worth in terms other than dollar signs, an experience well worth the trip. Just don't delay, as the show is only in town for a brief run before moving on to such far-flung locales as Tokyo, Venice, and Istanbul in the new year.

Art Barter is showing at NP Contemporary Art Center, 131 Chrystie St., December 9th through the 12th, from 12:00 PM to 6:00 PM. Admission is free, and they kindly ask that you not bring any items intended for potential exchange.