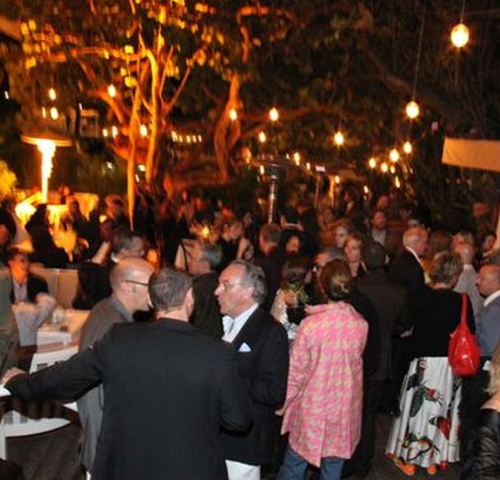 [Art Basel 2011, After Party at The Raleigh Hotel]

Art fairs in general, and Art Basel, in particular, have always been the social domain of the super-wealthy. In recent years, however, as financial assets have become unstable, contemporary art is viewed as an increasingly safe haven. Partly as a result, prices for blue-chip artists have risen meteorically -- many markets have doubled or tripled in the past two years alone -- and the dominance of a small group of high-end collectors has increased commensurately. 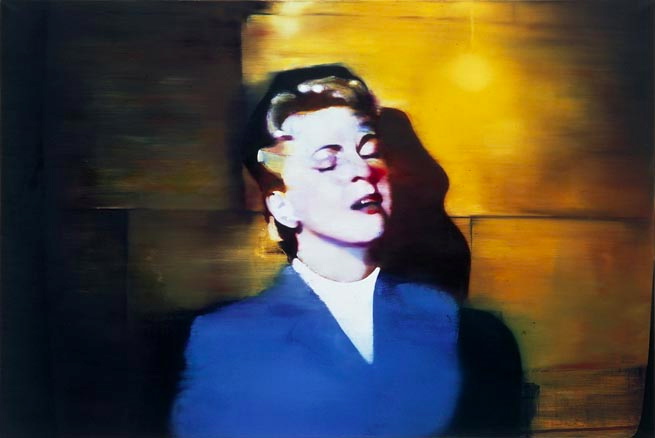 [Johannes Kahrs, Untitled (Schmerz), 1994. Berlin-based Kahrs is a really interesting painter whose prices have doubled over the past three years.]

That concentration threatens to undermine an already shaky cultural ecosystem that relies largely upon private sector contributions. Self-congratulatory back-slapping at cocktail parties belies the fact that private support for arts, culture and the humanities in the United States totals less than two-tenths of one percent (0.2%) of national income or $18-20 billion.

Increasingly overt miscegenation of commercial spectacle and true artistic practice, which can be conflated in the minds of the uninterested to be the same thing, has permeated cultural institutions across the land. At LAMOCA, curatorial control is wrested by a P.T. Barnum-esque impresario whose latest spectacle prompted a friend of mine to quip "nothing says 'dignity' like a human head centerpiece."

At 2x2, the annual October fete in support of the Dallas Art Museum and Amfar, a dealer scoops up the major work for a seven-figure bid, because he can, leaving other well-heeled patrons to politely clap their hands while shaking their heads.

What has happened to America? The government stepped aside, global wealth disparity exploded and the 1% hijacked culture. It doesn't have to be this way. There are amazing examples of both individuals and institutions committed to supporting creative culture for the intrinsic value it brings to society as a whole.

Indeed, debasing the notion of the institution as a source of critical thought it not a pre-requisite for viability. Creative Time's Anne Pasternak has mounted thought-provoking and thoroughly non-commercial installations for 17 years. Most recently, the exhibition 'Living As Form' showcased 25 curators and 100 artists whose socially engaged practice provides a mirror to some of the most pressing issues of our time. Walking through the exhibition, Anne politely explained, "Museums don't really have the space to present shows like this." In my view, it's more that the current donor-engagement model at museums doesn't reward risk-taking.

In Kansas City, David Hughes' Charlotte Street Foundation has created a system of direct awards for visual artists that has flourished for more than a decade, recently expanding to support innovation in the performing arts and urban planning.

Major cultural institutions have played a role as well. Most recently, Elizabeth Dee's X-Initiative partnered with the Dia Center for the Arts to present long-duration exhibitions featuring Derek Jarman, Tris Vonna-Mitchell, Keren Cyter, among others. 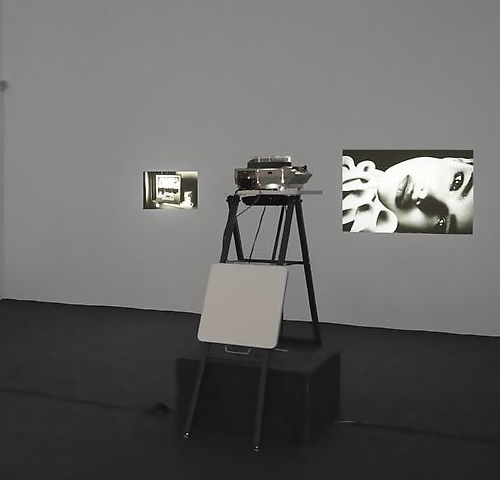 Keren Cytter, A Force from the Past, 2008 from Noga Gallery of Contemporary Art on Vimeo.

The 1% often calls the shots and culture has certainly become dependent on their largess. To ensure our cultural legacy, however, innovative artistic practice, as well as those singular cultural institutions that present fresh work, need to be supported. We can make this happen in two ways, either by giving even more, although the 99% already give a higher proportion of their income than the 1% or by helping make cultural policy a legislative priority.