No, not the headline producing painting that just sold at Christie's for $125 million. Leave that for the billionaire collector.

I mean art you can relate to, art you can afford. If you're the kind of person who would drop into a pop-up shop or local gallery because something catches your eye, keep reading.

Each month we'll digest a few interesting stories from the art world you might have missed, stripping out the pomp and artspeak. This is the perfect column for art appreciators who haven't set Artforum as their homepage and still have every right to call themselves a collector.

Our favorite stories of the week:

If A Painting Disappears at the End of the Line...

Nic 707 was a well known artist during the New York City graffiti boom in the '70s. He would plant painted plastic squares over ads in empty subway cars, creating a pop up gallery that would stay up until the subway reached the end of the line. He says, "I didn't want to leave a mark that stays. I wanted to leave an impression. As long as you saw it and remembered it, I'm happy with that." 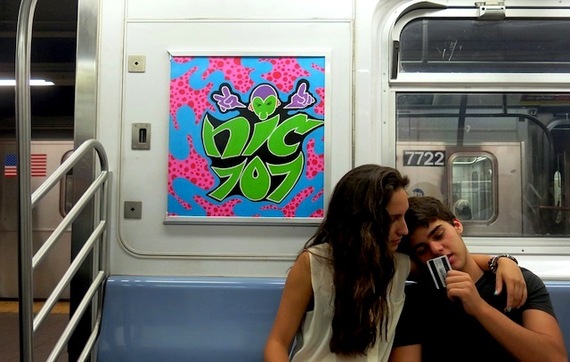 But one summer, Mama Nic 707 threw out junior's spray cans and black books, and just like that, Nic 707 was out of the game. Until a chance interaction in 2009, 27 years later. Outside his tiny Bronx studio, he happened across a comic book vendor. He told the vendor his sign was terrible, and decided to make him a new one, for free. Upon seeing the sign, the vendor was blown away and Nic 707 was inspired to get back to work.

Now he's up to his old tricks, but with slightly more recognition. Nic says, "It's a magical moment when you walk into a train and suddenly it's transformed into a mini art show, then it's gone."

A Snapshot of Peter Lik

Photographer Peter Lik has sold nearly half a billion dollars in prints. Prints!

Lik is very likely the best-selling photographer in history. Last week The New York Times business section ran a lengthy feature offering a glimpse into Lik's world--a world in which he prints money (last year it was $1.6 million a week). 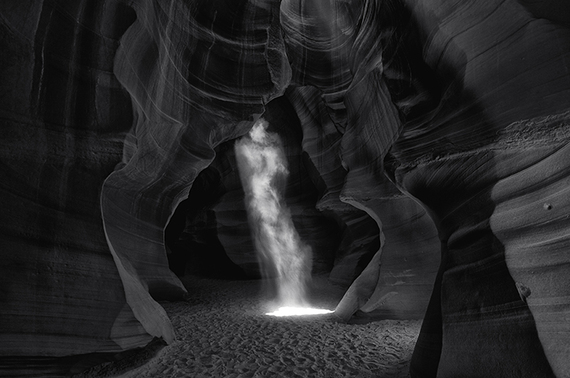 The story caught the art world by surprise, providing kindling for plenty of righteous outrage.

Earning the rep as photography's Thomas Kinkade, Lik chooses tourism art over fine art, appealing to the masses in places like Hawaii or Vegas. The buyers of Lik's work are characterized as people with money to spend but very little understanding of fine art and the true value of what they're purchasing.

Case in point: Lik sells prints in limited runs for upwards of $200,000, a pretty penny considering the highest anyone has ever paid for a Lik at auction is $15,860.

Some critics described Lik's business as a guide on "how to run a successful scam on novice art buyers."

The Ambiguity of Visual Ambiguity

You thought you'd be safe here.

Who knew a dress could be so powerful? Are you #TeamBlueBlack or #TeamWhiteGold? Welcome to a world where debating the color of a photographed dress is the most popular topic in America for nearly a week.

Vision is fundamentally ambiguous--but usually not this ambiguous. What make this case so interesting is that, unlike the vase/face quandary, the viewer can't switch between perspectives. 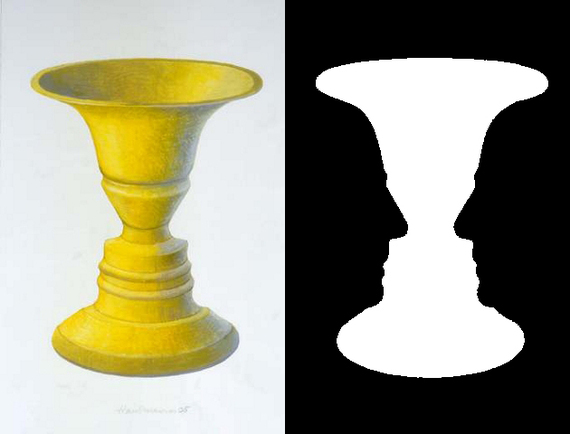 But I think this whole argument is overblown, anyway. The dress is clearly cheetah print.