Art is testing new frontiers. In this week's digest, artists are pushing their limits and bringing their art to whole new places. We'll see how performance art fares the legal system, how Renaissance art handles cutting edge technology, and how super tiny art takes on the vast outer space. 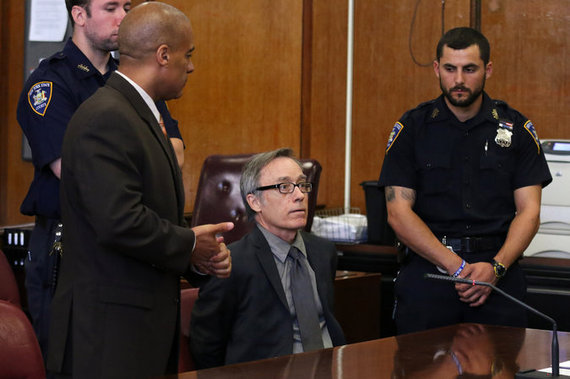 Performance art has seen it all: the political, the beautiful, the outright bizarre. And now, filmmaker Joe Gibbons adds another realm: the illegal. This past December, Gibbons robbed $1,002 from a Manhattan bank and argued in court that it was performance art. He filmed the entire crime and called it a masterpiece (though, coincidentally, it did coincide with some financial needs).

Despite his case for his art, last week the court gave Gibbons a yearlong prison sentence. Some speculate that this may be part of a larger performance he is planning, but it is safe to say Act I stole the show.

Fly Me To the Moon 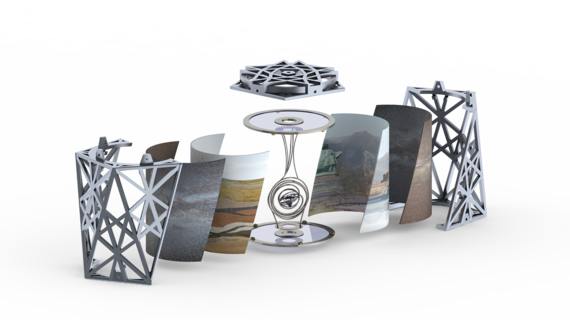 Illustration of the Arts Ark from the Moon Arts Project

This story is truly out of this world, or at least, it's about to be. A team from Carnegie Mellon University has designed and assembled a miniature art museum called the Arts Ark. The Ark is a small vessel that will be launched to the moon in a rover next year, where it will remain indefinitely. The mini museum is intended to be evidence of life on earth.

The cylindrical museum comprises teeny-tiny representations of art, architecture, design, music, drama, ballet and poetry. Imagine. All of human artistic history condensed into a six-ounce museum (about half the size of a soda can).

It begs the question: Who does Carnegie Mellon expect will find it? 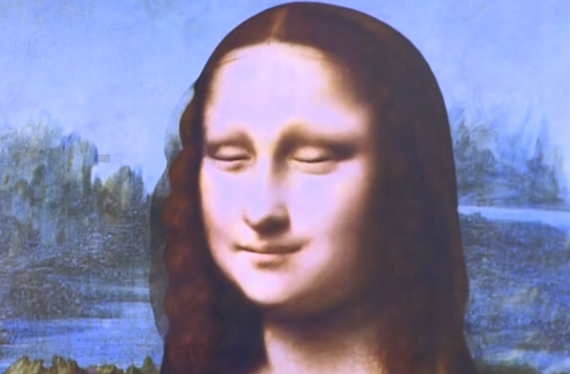 Image of the Living Mona Lisa with her eyes closed, from The Huffington Post

Throughout history, Leonardo Da Vinci's Mona Lisa has had no shortage of attention. She has sat through mustaches, pipes, and pixelization. Now, a team of 40 French technicians has animated her eyes and face. They call it "The Living Mona Lisa." This rendition is as uncanny as it is lifelike.

This interactive, digital version of the Renaissance masterpiece uses artificial intelligence and motion detectors to respond to its environment. She now can blink, smile, frown, and moves her head. One of the technicians described her as now having different "moods."

Mona Lisas will be available for sale starting this fall for a few hundred Euros. "We want to make paintings cheap enough for tourists to buy and take home as a souvenir," said Jean-Claude Heudin, head of the Paris Internet and Multimedia Institute.

We wonder if Mona Lisas will start showing up on Oprah soon. 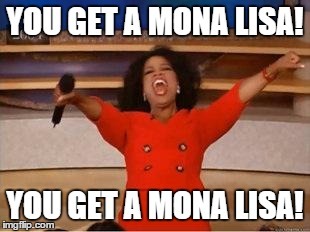 The group is applying this technology to digitize more works of art. So, the next time you get that spooky feeling that a painting is watching you, you may be right.