The high-end art world is a complicated place. It's amazing how two pieces by the same artist can end up in such dichotomous homes. This week's stories draw us into contrasting worlds, assuring that you'll have an interesting topic of discussion ready for Saturday's dinner party. 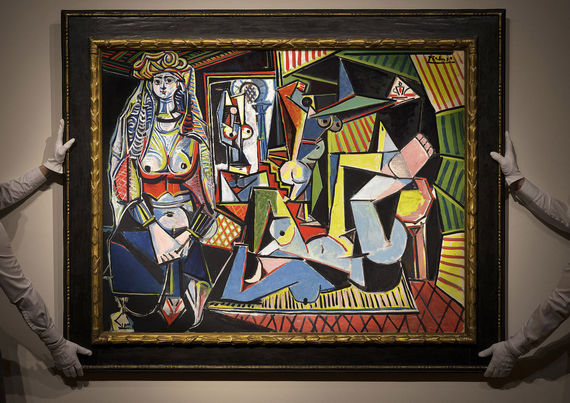 Art is the new asset-class for the one percent. And if Christie's special "Looking Forward to the Past" auction is any barometer, the market is bullish. As Bloomberg reports, Picasso's dynamic 1955 painting, "Les Femmes d'Alger (Version ''O'')," fetched a cool $179.4 million, the highest price ever paid for an artwork at auction.

The painting, just under five feet wide, brought $31.9 million at Christie's in 1997, meaning the seller achieved slightly above 10% YoY growth.

The then-anonymous buyer is tipped to be former Qatari Prime Minister and current billionaire Hamad bin Jassim bin Jaber Al Thani. While we all laughed at Fox News blurring the painting's breasts in its news broadcast, the painting "almost certainly" will not go on display in Qatar because of nudity. Imagine keeping nearly a quarter billion dollars locked in a storage shed.

The evening brought in a total of $705.9 million, surpassing its pre-sale target of $500 million, causing insiders to wonder if the surging marketing is sustainable. Artnet asked, does the fact that this milestone has been passed mean that a red light should be flashing for observers? The answer is less than clear, but they note one constant to the art market: if the wealthy continue to get wealthier, the art market will thrive.

So it sounds like things won't slow down anytime soon.

I just want a Picasso in my casa

While students at Oberlin College most likely can't afford to jump into the bidding at Christie's, they will be able to furnish their dorm rooms with artwork by Pablo Picasso, Roy Lichtenstein and Salvador Dalí just the same. Each year, hundreds of works by famous artists are loaned to students at the much more affordable rate of $5 per semester.

The program, instituted by the school's then-art librarian, has been running since 1940. Students must abide by certain rules - basically, don't set up the beer pong table next to the Picasso - and fortunately, not a single incident of damage has been recorded. Which, if you think about it, is amazing, considering things like this happen on the regular.

Once expelled for doodling; now he's bringing art to kids 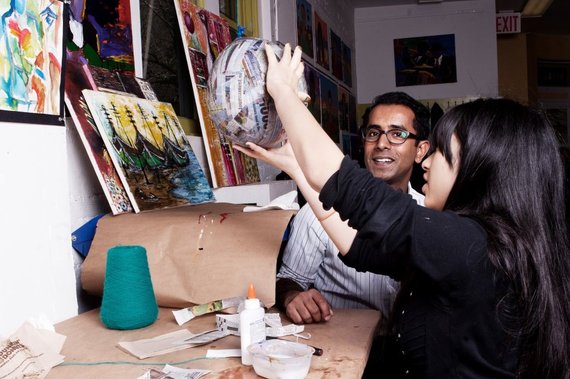 As a child in India, Adarsh Alphons was expelled for doodling during class. He didn't stop doodling at his next school, either.

"The new principal said, 'You know what? Just keep drawing in every class. Draw on the walls of each class. After you've finished the walls, go to the next class, draw on those walls. Paint the whole school.'"

Not long after, Adarsh found himself presenting portraits to Nelson Mandela and Mother Theresa. His principal's encouragement struck the right chord.

The experiences contributed to Adarsh's strong belief in the value of the arts. Now in New York, Alphons founded ProjectArt, a program that offers at-risk youth free art classes at public libraries throughout all five boroughs of New York City. His goal is to help troubled students and change the way the world views art, since he believes it can save lives.

Since 2011 ProjectArt has reached nearly 1,000 children and is working to expand nationally. For his efforts, Adarsh was selected as a CNN Hero.