The decade is half over. The century hit puberty. Did anything else happen? Of all the things that occurred over the first half of the decade in the arts, what will be the most impactful at the end of the decade? It is hardest to see from the middle of it all but I will take a stab.

Art moves slowly. Art institutions move glacially. Changes in art take decades to register as significant. When the hype dies down, what is left in its wake is not what we thought would be there when the party started. Changes in the ways institutions commandeer and keep power in the art establishment happen over half-centuries if not full ones. 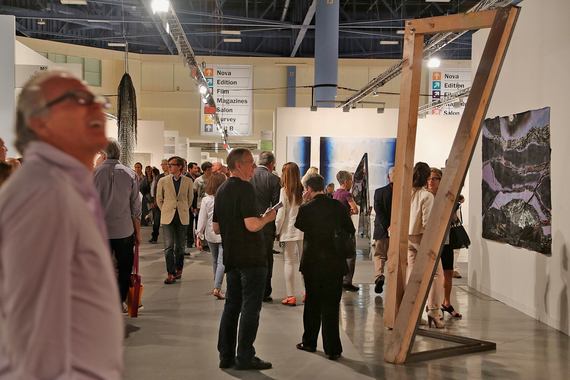 A few decades ago, museums of contemporary art were all the rage. As "Museums" they had all the prestige of ancient civic institutions. As "Contemporary" they had all the glamour of being the de facto trendsetter in visual arts. What MTV was to rock and roll in the 1980s, museums of contemporary art were to visual culture: they decided what was the important art of our time and delivered it in seriously curated museum shows.

But time marches on. Large-scale art fairs such as Art Basel, Frieze, The Armory and Art Miami have usurped much of what made museums of contemporary art so exciting. They deliver an endless orgy of the world's top contemporary art. That they only last one week in a specific location only adds to the frenzy, the "must-see' nature of absorbing the art of our times. Museum exhibits can last for months, and once the precious real estate is taken up with a scheduled show, the art of our times can get pretty old pretty fast. For every exhibit that draws people for a return visit, there are five that get half a look, an eye roll and a beeline to the gift shop.

The biggest criticism of art fairs is the central theme of money. That everything on display is for sale upsets art purists beyond hope. And yet only a small percentage of major art exhibitions at museums of contemporary art are devoted to artists not in the orbit of big money galleries. The boards of trustees of these museums have innumerable connections to the art world that influence what is being shown on those white walls that are assumed to be sacred. 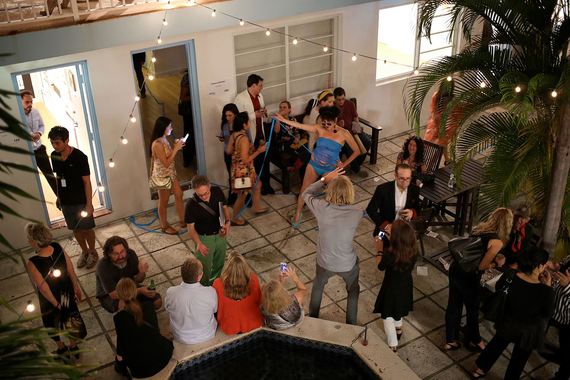 Art fairs have become the unquestioned driving force of the art world in the past five years. They are forcing the world's leading galleries to expand into bigger quarters. The top commercial galleries have built giant exhibition spaces in the past few years to accommodate art that fits in with the aesthetic demands of art fairs. These new mega-galleries make the grand museum halls of our public institutions seem quaint and ordinary. If museums with a contemporary art programming are to survive, can they learn anything from art fairs? Can they create an environment that offers a multiplicity of choices for today's engaged viewer? Instead of eschewing spectacle, can they take some of the overhyped dazzle lauded upon the starchitects that design some of their buildings and instead give the public spectacular exhibitions? Can our museums liberate curatorial agendas from the nerdy clutches of academic curators and myopic historians?

Museums of contemporary art freed the art of today from the fuddy duddies who oversaw yesterday's art. But in the shadow of mega galleries and dynamic art fairs our once vital museums are becoming ossified. These institutions need to change with the times in order to be relevant tomorrow. Collectors who once donated large sums to independent institutions now build their own museums - and fill these buildings with art bought at art fairs. This decade is now well into the teens, let's hope museums can follow art fairs and be part of the coming adulthood of the twenty-first century.