Why are most people unaware of this fact? What will raise collective awareness of our vanishing wilderness?

The artist-activists profiled in this article believe the answer lies in making a connection between our emotions and the environment.

Art
Walking into the lobby of the David Brower Center, I noticed a large black canvas, five feet square. I felt pulled in, and slowed to study artist Chris Jordan's painting "Year of the Tiger, 2010." 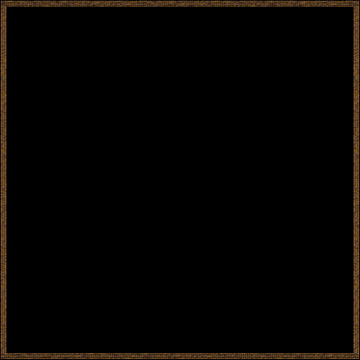 Year of the Tiger, 2010 by artist Chris Jordan
http://www.chrisjordan.com/gallery/rtn2/#year-of-the-tiger

I read the artist's statement: "Year of the Tiger, 2010 depicts 3200 toy tigers equal to the estimated number of tigers remaining on Earth...," then leaned forward, to take a closer look. Revealed to me were tiny tigers painted around the painting's frame. I continued reading, "The space in the middle would hold 40,000 of these tigers, equal to the global tiger population in 1970." 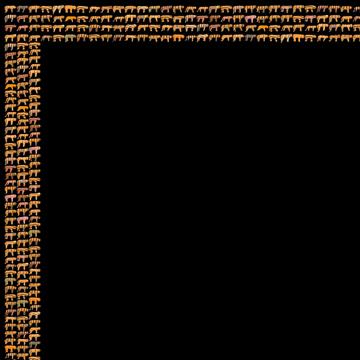 Year of the Tiger, 2010. by artist Chris Jordan www.chrisjordan.com

I was so moved by this piece that I decided to contact Chris. I asked Chris, "What inspired you to create this piece?" He replied, "I became deeply aware of mass consumption that began eight years ago. Most of the activism that I've seen is about identifying a problem, then identifying what we can do about it... there's a chasm between knowing about a problem and doing something about it.... I think the gap is about is a lack of feeling (emotion) about the issue."

Chris hits on an important point. If we do not feel the issue or problem, how do we relate to it? And, if we do not relate to the issues, chances are we remain disengaged from it, and end up living our lives without a worry about it.

Can art and film help us to feel the problem of our diminishing wilderness? Can we begin to overcome this chasm and connect with impactful issues and problems?

Film
Curious to learn more about the relationship between art, emotion and action, I spoke with Dereck and Beverly Joubert, National Geographic Explorers.

The Jouberts have been filming big cats for 20 years. In their lifetime, they have witnessed the population of lions decrease from 450,000 to the 20,000 remaining today. In the last two years alone, the lion population has dropped by an estimated 4,000. 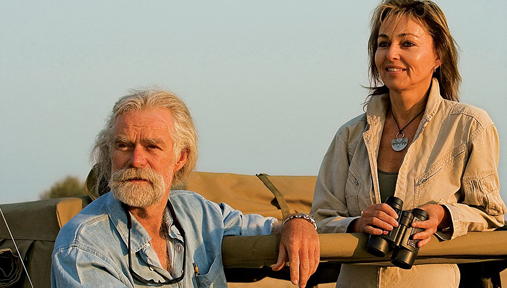 Dereck and Beverly Joubert on location in Botswana for The Last Lions. Photo by Jacques Nortier (c) National Geographic Entertainment.

Realizing that the lions were predicted to be extinct in 10 years time, Dereck and Beverly founded the Big Cats Initiative in 2009. Beverly Joubert stated, "This is urgent. We really need to pay attention to the situation right now." So this year the couple launched their latest film entitled, The Last Lions with the idea of emotionally connecting the viewer to the problem. 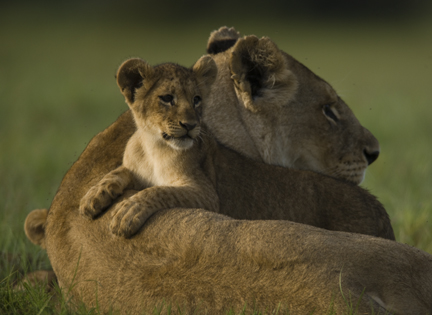 Personally saddened by the shocking depletion of these beautiful cats, I asked the couple how they went about creating emotion in this film. Beverly said, "We allowed the audience to engulf itself in the story of one individual lion. The emotions that come out in the film through the lioness' drama were the emotions we were feeling. We felt their pain."

When asked what impact the film is having on viewers Beverly replied, "People are unaware there is a problem with these big cats; so the first level for audiences is shock." Dereck added, "The second level, which is actually more interesting for us, is a sort of burbling under outrage at the end of the film." 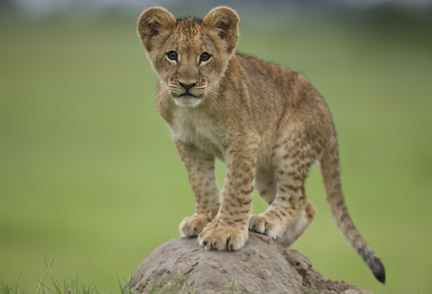 The Last Lions will reach over one million people in theaters, has raised over one million dollar, and through a mobile texting campaign, forecasts to raise an additional million dollars. The Jouberts believe there is a major shift in humanity right now and see people caring and taking an interest in the big cats issue much more. They believe we are getting very close to the tipping point for endangered species.

Wilderness
Chris Jordan and the Jouberts are inspiring artist-activists sharing their work in ways that offer us opportunities to connect emotionally with critical issues. How can we encourage other artist-activists that they too can create change?

I then spoke with Allan Savory of the Savory Institute. Allan is a biologist and originator of the Holistic Management Concept, designed to restore natural grasslands. He has recently won both the TED Ideas Worth Spreading and the Buckminster Fuller Award. 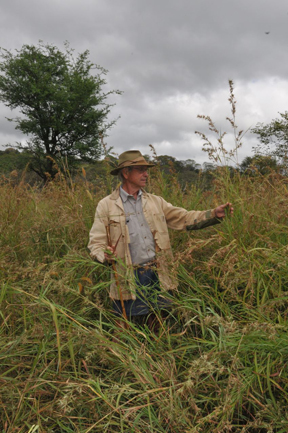 I asked Allan if one person has an idea and passion, what change might they influence?

"I think it's only possible for one person to make a difference. I was so fanatical about trying to save wildlife... I was unable to accept that we couldn't solve this problem of thousands of years, of wherever humans operated, the environment deteriorated. I began to realize that that the same thing (desertification -- the loss of natural grasslands) that was endangering wildlife more than poaching even, was the same thing that was endangering people, leading to poverty, social breakdown, violence, so really, beginning with wildlife, it became a realization that it's about saving people in the end." 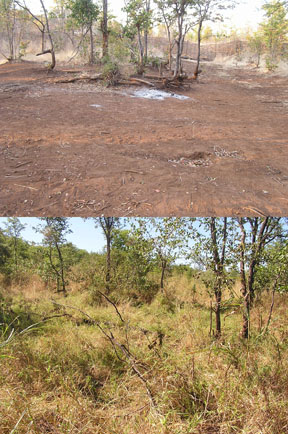 The first photo was taken in 2006, in Dimbangombe, Zimbabwe. The second was taken in the same location in 2009 after holistic planned grazing.

How can someone inspire change, teach others and start a movement significant enough to implement this change?

"If you dig deep and keep peeling the onion, artists and freelance writers are the leaders in society -- the people who start to get new ideas out. I then met Ian Somerhalder of the IS Foundation, he's the first young guy I've met who's made a name for himself in television, and is passionate about doing something for the world. So immediately, I invited him out here (to Africa), and he's coming. He links with hundreds of thousands of people over Twitter (800,000 followers) and Facebook (321,000 Facebook fans). I'm hoping that he'll inspire lots of other young people to get moving."

What is at stake here is bigger than our loss of wilderness.

As Dereck Joubert said, "I think that we all have a sense of wildness in us, and when that disappears, you do get a sense that there's nothing left."

Stories expressed through art and film can help us bridge chasms by connecting our emotions with this precious natural world. Our fear, anger and love stand to propel us into effective action.

Now I feel a bit of hope.