A snail fights a knight. No one really knows why.

Once upon a time in the Middle Ages, some artist spent a surprising amount of time painting a face on the butt of a horse. Fast forward to 2015, and social media users centuries later are gleefully adding modern captions to the medieval handiwork for their Tumblr and Twitter audiences. Because lol!

And yet these illustrations would surprise no expert historian. Books were intentionally filled with this kind of strange artwork, and took a long time to make, even as a team effort by skilled artisans concentrated in cities like Paris. A book didn't used to be a thing you could buy as a joke at an Urban Outfitters store -- mainly just the rich and leaders of the church could afford to own books. Their pages were made from vellum or parchment -- animal skin soaked in lime water, scraped and stretched thin, then cut into groups of pages. Pages were ruled to ensure text was handwritten in straight, even lines. And unlike the doodles in the margins of your geometry notebook, the manuscript's illustrations, called "illuminations," were first outlined onto the pages, then filled in carefully with vegetable dyes and often gold leaf.

The end product, though, was sometimes bizarrely hilarious. Since we're all about the pursuit of knowledge and understanding of art, The Huffington Post asked a couple experts what's going on in some of the Internet's favorite medieval manuscripts.

The answer: Some drawings are educational, some are historical and some are just simply weird jokes. But it can also be hard to tell from the snippets circulating Facebook and such. According to Jeffrey Hamburger, German art professor at Harvard University, the horse above is a 15th century French manuscript illustration that may have been satirical. It certainly wasn't illustrating any moral -- we can't imagine the life lesson a horse butt might teach, anyway -- but grotesque figures that blended man and beast were pretty typical, Hamburger explained.

Below we try to figure out a few more mysterious drawings.

The tightly rolled individual is actually Saint Vitalis of Milan, Hamburger explained to HuffPost. And the two men beside Vitalis are not his friends -- or else they're really horrible ones, because they are burying him alive after having tortured and restrained him. Elizabeth Sears, professor of art history at The University of Michigan, explained how the drawing was part of a truly fun and educational book on saints' lives. Another expert on medieval art history, Beate Fricke at the University of California at Berkeley, noted that Vitalis' open eyes are an indication he's still alive at this point in the murdering process. The margins of medieval manuscripts, Fricke told HuffPost in an email, were actually one of the few spaces artists could exercise creative freedom.

Here's an image taken from an 11th century medical textbook called "Canon Medicinae," showing a scrotal swelling problem, Sears told HuffPost. Medical drawings would often exaggerate the relevant part of the body -- clothing the rest -- for educational purposes. And this was the book, Fricke said, for teaching students about medicine at medieval universities. Originally written in Arabic, it covered all types of disease and was translated into Latin for Europeans.

Getting stabbed in the head is pretty much never a happy occasion, but it could be if you knew you were going to heaven. Hamburger explained that this guy appears "to be welcoming death" with a smile for that reason -- he believes he'll be rewarded. BONUS: You can own this illustration, part of a 14th century German manuscript, as a T-shirt.

Hamburger theorized that this was not, in fact, a baguette with a face, but an attempt at representing a real human child who's about to get snatched by a soldier of King Herod. In the Bible, when Herod heard about the birth of a king who could usurp him -- the wee baby Jesus -- he had all the youngest male children killed. Hence the horrified look on both baby and mother. Fricke pointed out to HuffPost that the entire scene includes an angel standing at the gates of heaven to receive the poor souls. Pretty grim.

Here's a picture we're supposed to laugh at, a little. It's part of a copy of Saint Augustine's "City of God," which defends Christianity from people who thought it might have been to blame for the fall of Rome in the 5th century -- a time when everyone thought Rome was forever. A millennium later, the 15th century illuminators had to figure out how to represent the pagans who attacked Christianity, Sears explained to HuffPost. So they barbarized them by painting them nude, men and women together, and all in a circle reminiscent of old Roman theaters. The man in the center is probably narrating the story.

As for some of the even more scandalous drawings, Sears explained how we shouldn't make judgements about medieval people under our own modern-day lens.

"You know, the middle ages was very bawdy! It was before the Puritans, before the Protestant reformation. We're just projecting Sunday school onto earlier periods," Sears told HuffPost.

Many who owned these manuscripts were secularists, she explained, and illuminators began including more R-rated embellishments as the years went on. Like any cartoonist or comedian, being a medieval illuminator was "almost like you're getting paid for your imagination," Sears said.

None of the art historians HuffPost spoke to, however, seemed particularly offended by the Internet's caption game.

"If this particular trend gets people more interested in the art of the Middle Ages, which is endlessly fascinating, then I think that's great," Hamburger said.

Art Historians Explain Why A Medieval Man Is Getting Rolled Into A Joint, Among Other Things
Architecture For Dogs 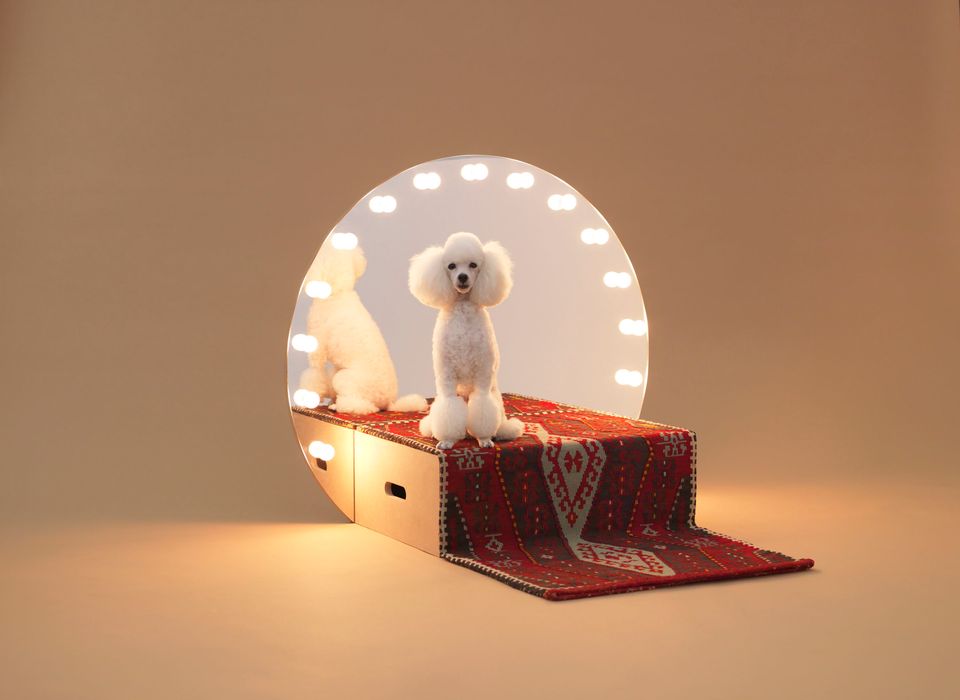