We often hear about the importance of art in the education of children. There is substantial consensus among educators and specialists that arts programs promote creativity and can even result in greater academic achievement and higher test scores. It is also said that the language of art is universal, bridging differences in culture, educational background, and ability. So I was delighted when renowned environmental /social artist and longtime friend, Mel Chin told me about the Fundred Dollar Bill Project where in a practical application, art can move mountains. (See more about Mel Chin at: http://en.wikipedia.org/wiki/Mel_Chin)
In Mel's own words: "The survival of my own ideas may not be as important as a condition I might create for others' ideas to be realized," In 2006 Mel went to New Orleans to see what creative actions he could contribute after the Katrina Hurricane left its devastation. His research uncovered the condition of lead (Pb) in the soil in thousands properties throughout the city was far above thresholds established by the Environmental Protection Agency. Mel further learned that 30 -50% of New Orleans inner-city children had lead poisoning even before the storm. As many of us know, lead poisoning causes learning disabilities, violent behavior, and contributes to medical conditions including diabetes, nervous system disorders, blood, bone and brain disease and up to this point, very little funding has been directed to this critical issue. 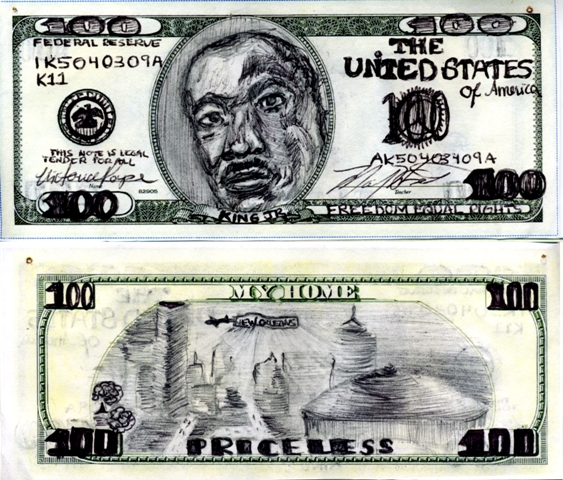 style="float:left;margin:10px" Fundred from the collection of over 7000 drawings once protected in the SAFEHOUSE. It is now on the way to DC.

Soil scientists estimated that at least $300 million was needed to remedy the contamination. Raising that kind of funding was a daunting prospect and Mel approached the problem creatively by coming up with the Fundred Dollar Bill Project.What exactly is the Fundred Dollar Bill Project? It is a nationwide drawing/teaching project designed to raise awareness of the environmental threat of lead contamination and to engage people through making art. The heart of the project is to have children, educators, families, churches, community groups , etc. create their own version of a $100 bill using a common template(supplied online). These Fundred dollar bills will be picked up by a special armored truck, and then presented to the U.S. Congress in a conceptual even exchange for real dollar funding to be directed to making the lead-polluted soils in New Orleans safe. The plan is then to instigate the same program in every city in the country that is afflicted by lead poisoning. 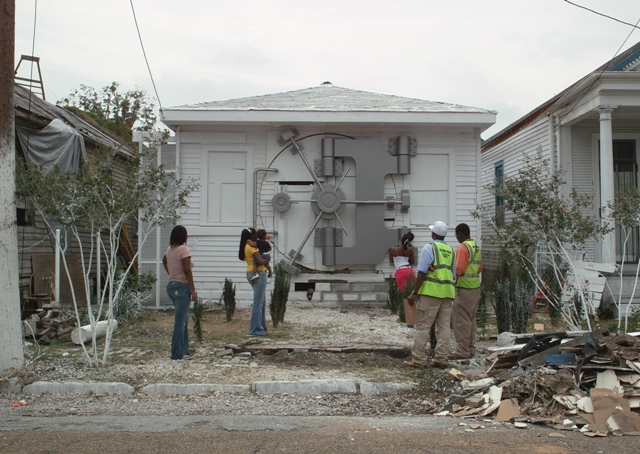 Right now the 8,500 lb. armored truck is outside of Denver ready to trek across the frozen northwest toward Seattle, planning to arrive in Los Angeles by March 11. It will follow a scheduled 20,000 mile zigzag, cross-country path to Collection Centers at over 125 schools and art centers. It runs on used veggie oil donated from school cafeterias to fuel its singular mission. The goal is to deliver a payload of Fundred dollar bills to the steps of Congress for an even exchange by mid July, 2010. 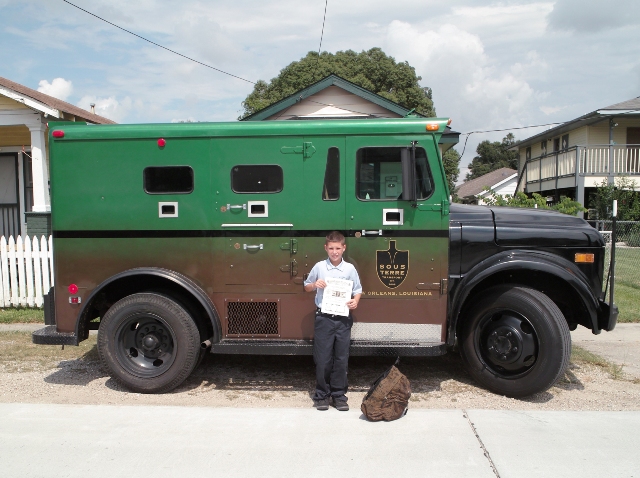 So check it out...go to the website, download a template, get your kids, rouse up local teachers, friends, educators, and get working on your own Fundred dollar bill. Become part of creating a currency by the people for the people...art can move mountains, even lead-polluted ones. Besides, it'll be fun.
For more info go to the Fundred/Paydirt website: www.fundred.org 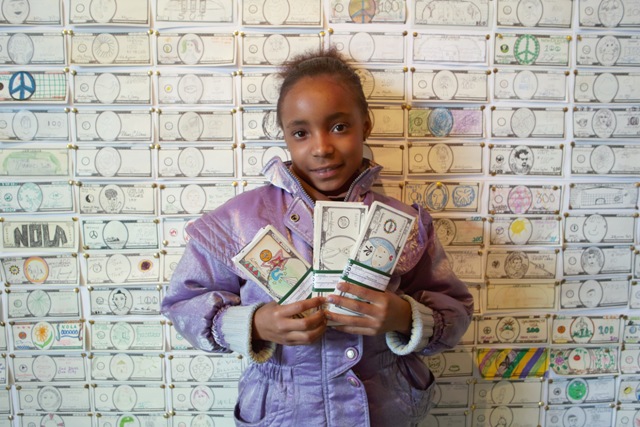 Devion Charlot with Fundred dollar bills
Download
Calling all HuffPost superfans!
Sign up for membership to become a founding member and help shape HuffPost's next chapter
Join HuffPost
Voting Made Easy
Register to vote and apply for an absentee ballot today
Register now