Artist Dennis Oppenheim passed away last week from liver cancer at age 72. When no news of this appeared in the New York Times, artist Mark Kostabi castigated the alleged "Paper of Record" for ignoring Oppenheim's death and decried personal vendettas among influential art world powers that be in stalling if not outright squashing coverage of the life and influence of this mercurial modern master. I emailed some questions about Oppenheim to Kostabi. The California native was in Rome, where he winters. 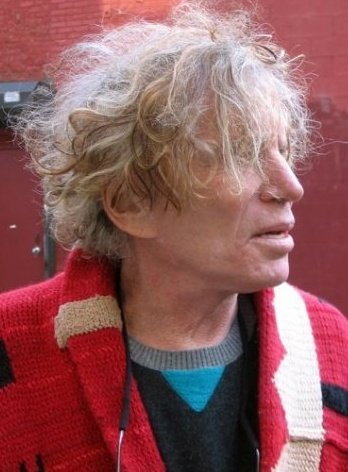 Mat Gleason: Mark, did you primarily look at Dennis Oppenheim as a mentor, a peer or as a friend?

MARK KOSTABI: As a student I looked at him as an important figure in art history, as I still do. I didn't really see him as a peer because he was part of another generation, a generation which included Smithson, Acconci, Burden, Weiner, Heizer and others. He wasn't my mentor, like say Ornette Coleman is in music, but I admired him greatly. He was the most articulate person I knew in the art world. I heard that Robert Smithson was equally articulate. Dennis was also very kind and soft-spoken. He was also very "yes" oriented. I was flattered that he always came to any party I invited him to, that he gladly participated on my television game show and was always happy to meet for lunch or dinner and share his insights and amusing stories. From an art business point of view, even though he was 23 years older than me, I might have actually been a bit of a mentor for him. Well maybe not a mentor exactly but I definitely gave him some advice on how to deal with the Italian clients who I brought to his studio to buy much of his work. And years earlier, around 1999 he called me over to his studio to get my advice on how to sell art on eBay which I was very publicly promoting at the time. I spent hours explaining exactly how to do it and he started too, although mostly selling posters and books etc. Nothing like the Italians years later who would clean out his studio of large "project drawings" and sculpture maquettes. One amusing thing I repeatedly saw was when the Italian clients would be choosing from the dozens of large drawings spread out all over his floor, Dennis' dog would walk all over the drawings and Dennis didn't mind at all. Once a client pointed out that one drawing was slightly ripped and Dennis said "That one costs more."

MG: His work had a decidedly cerebral stance -- you make him sound pretty down to earth and not aloof whatsoever, was there an intellectual side to him that was readily apparent?

KOSTABI: Dennis was a great intellectual. He admired and often spoke of Beckett. He was extremely informed about what was going on in the art scene as well as politics and literature. But he was not aloof. He was very accessible and accepting of all types of people. He admired Barack Obama immensely. I think both Barack Obama and Dennis Oppenheim are great role models of the best human behavior. Obama is another very informed intellectual who is able to connect in an unpretentious, dignified way to a large audience, as Dennis did with his public sculptures and clear interviews. 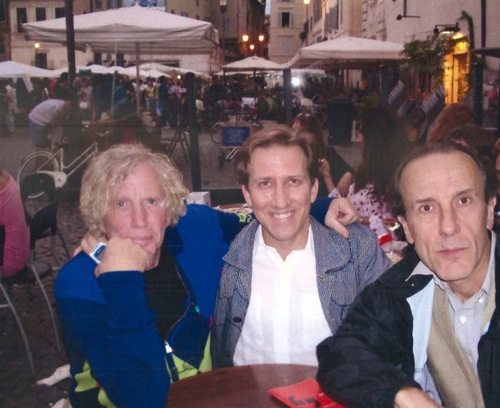 MG: Oppenheim was notoriously difficult to pin down, stylistically, what art historical milieu would you put him in?

KOSTABI: More than one. Dennis said himself, in one of his final interviews for the Las Vegas publication Desert Companion: "I have never been able to be what they call a signature artist. Most of my work comes from ideas. I can usually do only a few versions of each idea. Land Art and Body Art were particularly strong concepts which allowed for a lot of permutations. But nevertheless, I found myself wanting to move onward into something else."

MG: Do you think his not having a convenient signature style will cost him in the eyes of art history, or does it open up the possibilities that his art will have influence in more than one discipline?

KOSTABI: The latter. Picasso and Warhol are market leaders and both of them changed styles more than once. As Dennis said, his art comes from ideas. Ornette Coleman said "The idea is all there is." The critic Donald Kuspit has dismissed some art because it's "idea dependent." I side with Dennis and Ornette and disagree with Kuspit.

MG: Do you have a favorite piece or series of his that stays with you, that maybe towers over the others and sums up his work or what he was about?

KOSTABI: I don't think there's one piece that sums up his work. There are so many iconic ones. For me "Reading Position a Second Degree Burn" is forever etched in my memory. That's the first one we were shown in Art History class. But I also love many of the Earth Works and recent public sculptures like the house that curves and loops out of the ground and the upside down Church is just amazing!

MG: One memorable thing about Dennis was that he notoriously fumed against the art world and the powers that be - did he offer any insight to you as an artist on what an artist should not put up with?

MG: Your Facebook posts about him were quite passionate and a bit fearless in naming names of those who you felt had "trespassed against" Dennis... what inspired you to go on the offensive?

KOSTABI: Usually when a great cultural figure passes, the New York Times immediately publishes at least a brief obituary, often with the announcement that a full obituary is forthcoming. The fact that it's been five days and the Times still hasn't said a word makes me actually think conspiracy. Just after Dennis died, a friend of mine posted a straightforward R.I.P. for Dennis on Jerry Saltz's Facebook page and she told me Jerry immediately deleted it. Fortunately we now live in an Internet world and the old guard print media do not hold as much power to shape history as they once did, but they're still trying.

MG: If you were charged with writing his epitaph, how would Mark Kostabi summarize Dennis Oppenheim?

KOSTABI: A great, influential 20th and 21st century multi-media artist with an eye for invention and beauty, a mind of his own, and a heart of gold. 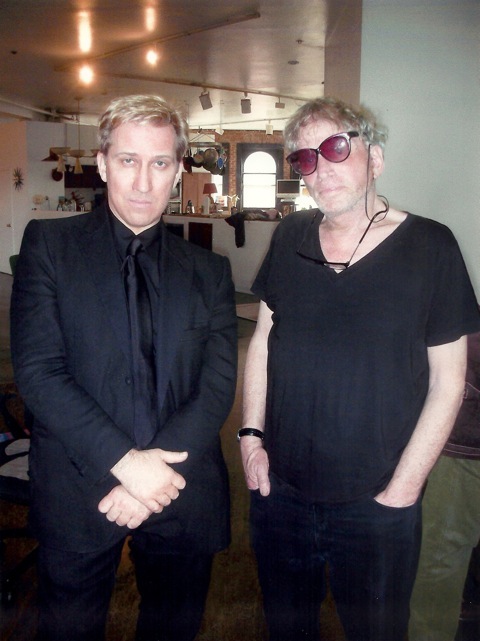 Thanks to Mark Kostabi for taking the time for this interview.