When a story about a great work of art hits the front page of a major newspaper, it usually means some kind of trouble: Fraud. Theft. Vandalism. But when two weeks ago the Los Angeles Times published an article with a reproduction of "Adam" and "Eve" by German Renaissance painter Lucas Cranach the Elder -- the news was good, at least for the Norton Simon Museum in Pasadena. 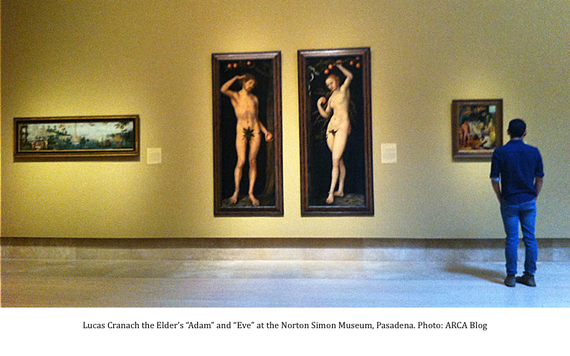 Norton Simon purchased these paintings in 1971 from descendants of the Russian aristocratic family, who claimed that after the 1917 Revolution, the Soviet authorities confiscated their family collection. In 1931, in desperate need of money, the Soviets sold "Adam" and "Eve" at an auction in Berlin, where it was acquired by the Dutch Jewish art dealer Jacques Goudstikker. 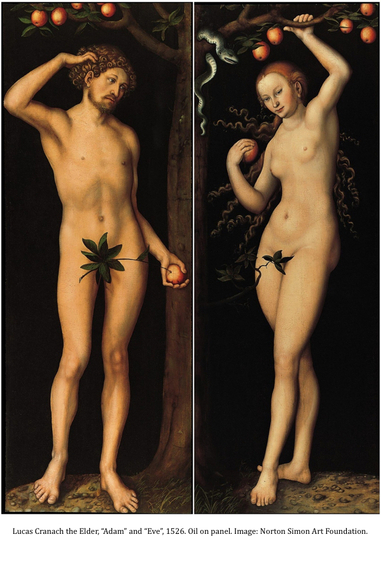 Then, at the beginning of World War II, when the Nazis invaded Holland, Goudstikker fled the country. His vast collection was sold under enormous pressure to Hermann Goering -- and for only a fraction of its actual price. After the war, part of this collection was recovered by Allied forces and returned to the Dutch government. However, no one claimed ownership of the Cranach diptych until 1966, when descendants of the Russian aristocratic family were allowed to acquire these paintings that were subsequently sold to Norton Simon. But that wasn't the end of the story. The descendants of Jacques Goudstikker initiated a lengthy legal battle claiming that they are the lawful owners of Cranach's "Adam" and "Eve". Three weeks ago, the U.S. District Court ruled that the Norton Simon Museum is indeed the rightful owner of the paintings. So next time you go to this museum, pay homage to this great masterpiece, for one never knows how the next chapter in its history might turn out. 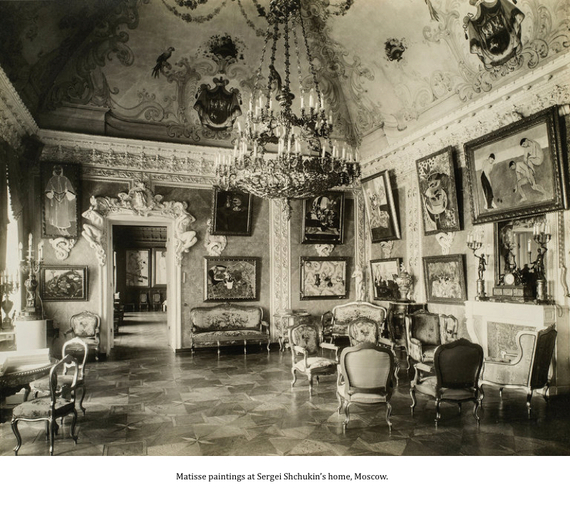 Last Sunday's issue of the NY Times featured a generously illustrated, double-spread article by Joseph Giovannini: "From Paris to Moscow and Back". It told the fascinating story of an outstanding private collection of French art assembled more than one hundred years ago in Moscow by Sergei Shchukin. A successful merchant, he began collecting in the late 1890s and as a result of his numerous trips to Paris, acquired close to 300 iconic works by Monet, Picasso, Matisse, and Gauguin, to name just a few. 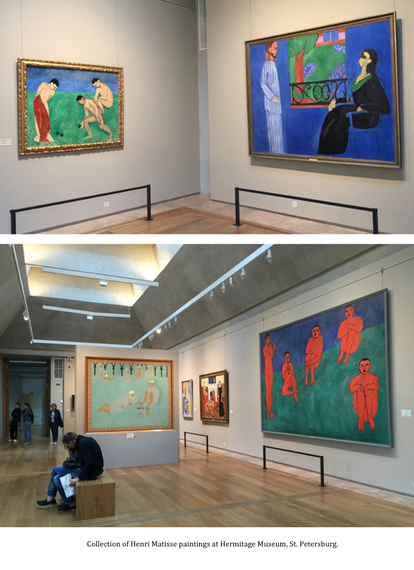 In 1908, he opened his Moscow palace to the public -- the first ever museum in Russia devoted to contemporary art. After the 1917 Revolution, his museum, with its vast collection, was taken over by the Soviet government and now, one hundred years later, visitors to the Hermitage Museum in St. Petersburg and Pushkin Museum in Moscow can salivate over the Sergei Shchukin collection divided between these two museums. 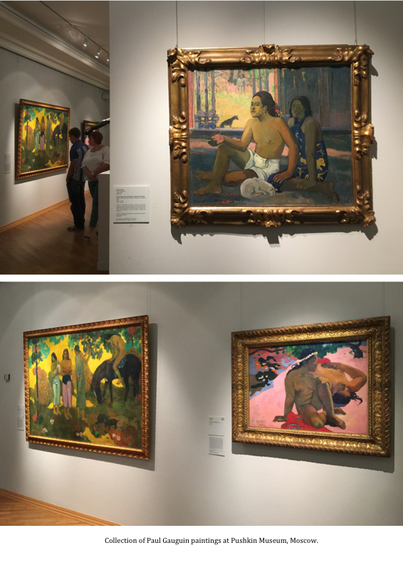 Lucky Parisians! This coming October, they will enjoy a large exhibition at the Louis Vuitton Foundation with a display of more than 130 paintings from Shchukin's collection. Unfortunately for us in the United States, the chance of hosting such an exhibition here is close to zero because of a legal dispute with Russia. This dispute is in response to a decision by a federal judge to fine Russia $44 Million for refusing to return a collection of Jewish books and documents to the Hasidic Chabad-Lubavitch group based in Brooklyn. You may want to check out the link to the NYT article on the subject on the KCRW website for today's Art Talk. 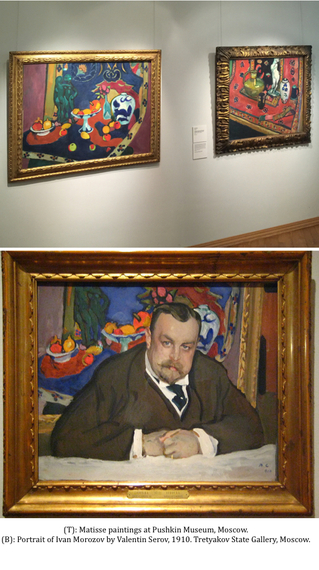 But who knows, hopefully one day, when this dispute is over we, Angelenos, might enjoy a travelling exhibition celebrating the amazing collection of French art assembled by Ivan Morozov -- another Russian collector who lived in Moscow and whose collection rivaled the one assembled by Shchukin.