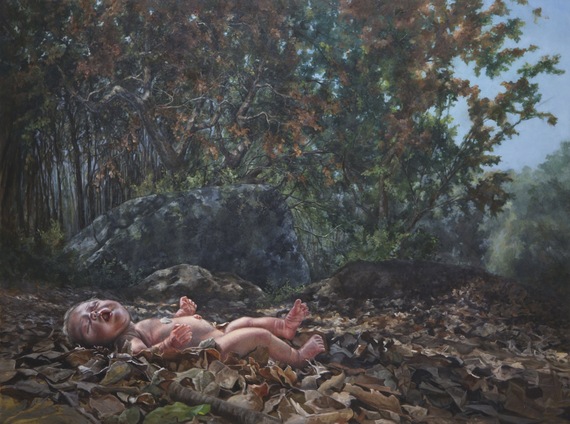 It is unusual to see people crying over artwork these days. Most contemporary art seems to purposefully distance itself from emotion, relegating human sentiment to some basement realm far from the light of intellectual discourse. We are, as a culture, ashamed of our deeper emotions and try mightily to keep them in check. I was one of four artists on a panel moderated by John Seed at this year's TRAC conference in Ventura, California, and I witnessed a rare event: a room of three-hundred plus people moved to tears by paintings.

I teach a MFA studio course on Mythology and Narrative painting. In attempting to unlock the secrets of creating powerful and personal work I had my class go over mythologies that had shaped them, both as human beings and as artists. As each spoke what struck me was how many of these young artists had foundational trauma, personal events that had driven them to create art. One might even speculate that the need to make figurative art is a response to emotional confusion in relationships with important others. 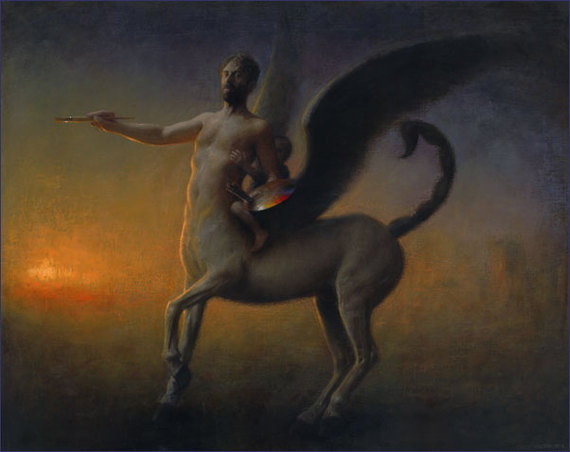 On the TRAC panel Irish painter Conor Walton spoke about his three year old son who was diagnosed with Leukemia, and the struggle the family went through during this period, the fears he had as a parent, and the palpable relief at the survival of his child against all odds. One painting Conor produced, of his shirtless son with a catheter chest scar holding a golden key in his hand, hangs in the entry to the children's hospital ward where his son was treated. He likened it to a prison, where only family and specialists go in, and a large number of young patients never return. As he spoke of this painting of his boy holding up a key I looked out over the audience and saw tears brushed from many a cheek. 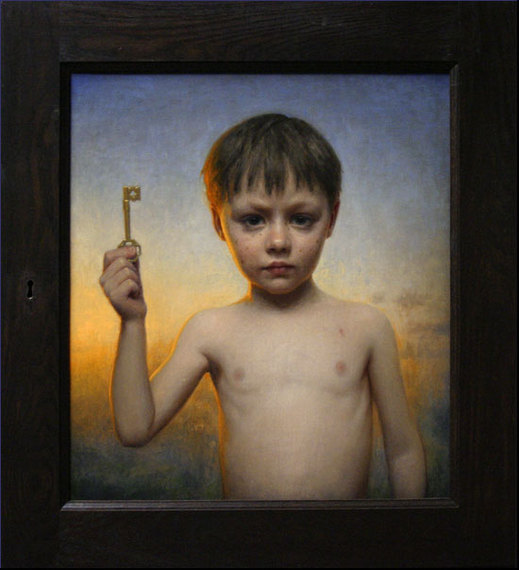 When my parents divorced I was seven years old. I started making bondage drawings at that time. The first I remember was a woman in a bikini in jail, tied to a chair. I was a child, and had never seen any bondage imagery in my life. In my twenties, while attending the Academy of Fine Art in Vienna, I had a sudden realization that what I had been doing was binding the woman, my mother, so that she would not leave as my father had. It is probably no coincidence that I was living in Sigmund Freud's hometown when I had this revelation. My seven year old self was trying to magically manipulate a world that had suddenly and irrevocably spun out of control. 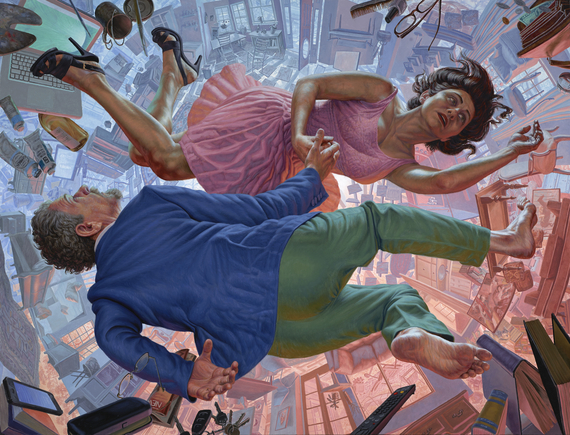 As an adult one has more trouble believing in magic, though my profession as a representational painter is an engagement with illusion that magically captures the mind of a viewer behind a flat picture plane. But you learn with experience that holding onto the illusion that we control the vicissitudes of our universe is a dangerous one, bound to collide with reality and engender disastrous results. What you can do as an artist is paint those things you collide with, get them out into the real world on a canvas, turn them over and over in your mind, consider the ramifications and imagine your possible reactions. 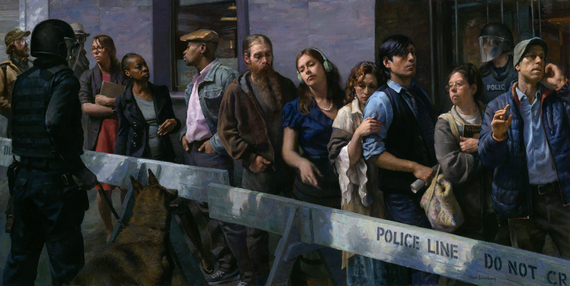 One of the functions of mythology is to prepare you for action in the world, to present models of conduct when faced with ethical dilemmas, confounding situations, or existential angst. Panelist Max Ginsburg spoke about his paintings as acts of social and political protest in the face of prejudice and injustice. Max is an old guy. The first painting he showed a slide of was painted a year after my birth, and I'm no spring chicken. Most of his career Max Ginsburg has been painting the people of his hometown, New York City, revealing in the process their humanity and giving us clues born of wisdom as to how one gets along in a civilized society. 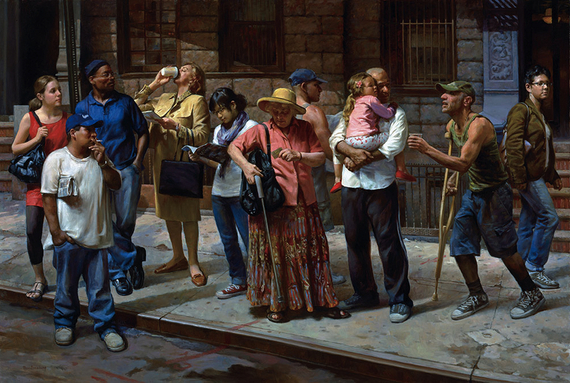 The most powerful presenter on the panel was Cynthia Sitton, and this though she was clearly the most nervous, least practiced, and even a little disorganized in her thoughts. She told us of her experience raising a schizophrenic daughter, now thirty and lost to the streets. As she spoke her voice quavered, a shaky sentence would start to form, then she'd abandon it in favor of another attempt. Her paintings, however, spoke with an eloquence and strength that pummeled the crowd. I watched as a woman seated directly before me simply lost it. She quietly sobbed with hands pressed to the side of her head, tears streaming down her cheeks, but she couldn't take her eyes off the images.

Most of Cynthia's paintings are not overtly about her experience with her daughter. She comes at the subject obliquely, creating visual allegories that carry the weight of a mother's loss and contemplate the terror of a human mind in free fall. Her extraordinary skill as a painter delivers this content directly... you never get hung up on artsy affectations or the distancing effects common in less skilled work. These paintings are as honest as art gets. They sock you in the gut, and it really hurts. 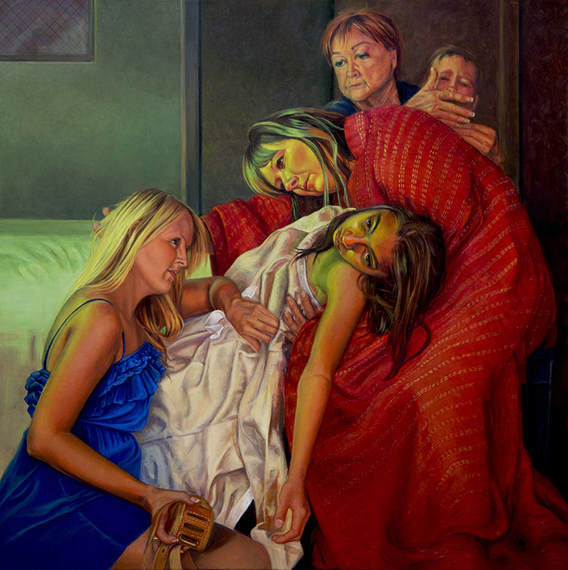 Tears alone are no indication of great art. Most of us have cried over some of the stupidest movies and TV shows ever made. However, when all the elements come together in just the right configuration you get splendid poetry. It resonates with everything in you that life has allowed to remain human. The tears flowing in the audience before me came from a shared pain, but also seemed to promise a communal catharsis. The feeling in the room afterwards was light, almost giddy. The experience left one with a gnawing question: why don't more contemporary artists find the courage to reach down deep and deliver us such a beautiful punch?