These days, your nightmares are likely populated with adult anxieties like forgetting a work deadline or showing up to a meeting sans clothing. But travel back to the bedtime hours of youth and we suspect your mind took you to far more grisly terrain, from windswept graveyards to abandoned amusement parks, sometimes with little hope of going back.

We wouldn't hesitate to say that in the kingdom of the nightmare, kids reign supreme. Their unbridled, and often quite disturbing, imaginations conjure images more deranged than horror film's most bloodcurdling visions. Just ask photographer Arthur Tress, who, in the late 1960s and early '70s, asked children to describe their fantasies and nightmares, then immortalizing them in staged photographs. 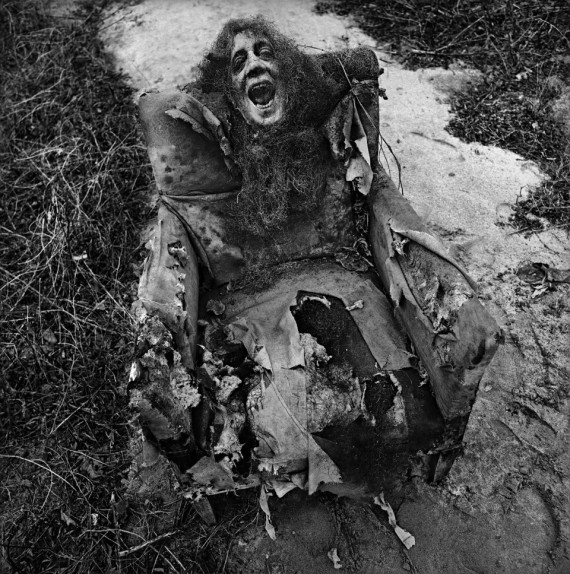 The black-and-white series, titled "Daymares," remains as haunting today as it was forty years ago, if not more so, as the dark depths of the innocent psyche are ripped from the sleeping mind and plopped into real life.

Tress embarked on the series after photographing children playing along Manhattan's waterfront, as part of an environmental photography series. He was then recruited to do a workshop with child educator Richard Lewis. "Every year he has a different theme," Tress explained to Gothamist, "and one year he did children's dreams, to get kids to write poems and paintings from their dreams. So he called me in to photograph his class. So I said, you know, that's a terrific idea, and I'm going to pursue that by asking children and my friends what dreams they remembered from childhood."

"I was looking for mythological, archetypical, kind of nightmarish images," Tress continued. "That kind of became my trademark for the next 20 years, that kind of surreal disturbing photography." In an era where street photography ruled supreme, Tress was among the earliest photographers to experiment with staged photos. Series like this were among the first to shatter the belief that photography was a tool to document reality, instead applying the medium to imagine and create new realities. 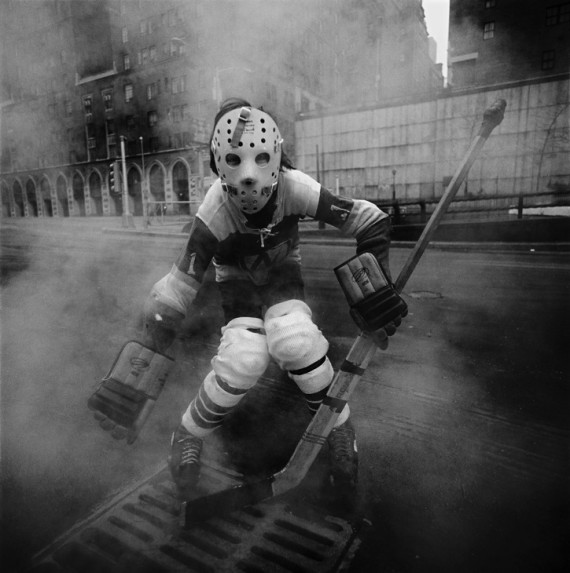 In this sense, the child's dream vision isn't all that different from an artist's vision, as both give shape to our furtive fears and desires. As the artist expressed in 1972, when the images were first exhibited: "The purpose of these dream photographs is to show how the child's creative imagination is constantly transforming his existence into magical symbols for unexpressed states of feeling or being. In fact, we are all always interchanging or translating our daily perceptions of reality into the enchanted sphere of the dream world."

In his book "The Fantastic Voyage," Richard Lorenz explores Tress' obsession with dreams as an impetus for art. "Tress speculates that much of today's photography... fails to touch upon the hidden life of the imagination and fantasy which is hungry for stimulation. The documentary photographer supplies us with facts or drowns in humanity, while the pictorialist, avant-garde or conservative, pleases us with mere aesthetically correct compositions - but where are the photographs we can pray to, that will make us well again, or scare the hell out of us?"

It's certainly safe to say, those images are here.

The Getty Museum acquired 66 of Tress' photographs earlier this year, including "Child Buried in Sand, Coney Island/Boy in Mickey Mouse Hat," a 1968 work from the series. Continue scrolling if you dare to confront Tress' wild visions of the night -- a melty witch face sprouts from a tattered armchair, a young boy grows tree roots for hands, and other warped scenes that could only arise in a R.E.M. state.